Taco News Network is where Buzzfeed goes to get sources for its Top Ten Lists. It’s where Rush Limbaugh and Keith Olbermann come to discuss topics for their shows. It’s where nightly news becomes nicotine for the everyman. We dig to find the truth where none may be, and bring it out of the murk to you for your intellectual pleasure. 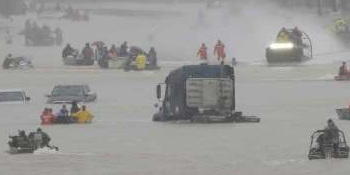 In a press release from the White House that we forgot about at the bottom of our outbox, FEMA and ICE have revealed that they are working together to deport Hurricane Jose from the United States as soon as it touches down in Florida.

“With illegal immigration being a primary focus of our administration, letting an entity like this enter US soil illegally with a name like Jose would be a disaster. Our officials have come together to have a plan before it reaches the coast,” said White House Press Secretary Sarah Huckabee Sanders, “to quickly apprehend and deport the hurricane back to Mexico.”

“What’s important is the safety of all US citizens. We don’t want an illegally immigrated hurricane to use up valuable resources that should be serving the American taxpayer. FEMA is already running dry on funds after Harvey, and we need to deal with Irma now too. By handing Jose over to the Mexican authorities as soon as we have him, this will be a plan that’s cheap, effective and works.”

Although our own field reporter showed up to the official press briefing ahead of schedule, his designated spot had already been filled by one a reporter from the Huffington Post. The reporter, provided as part of a minority outreach program to help improve the network’s diversity quota, sat outside the press room and deciphered the muffles into semi-coherent notes. The report continues below, although CNN may have already gotten most of the clicks.

“Thanks to the brave patriots who’ve already opened fire on Hurricane Irma in legal defense of their property and second amendment rights, we understand that a grassroots, violent solution is not what’s best for the American people. While we respect the value of the 2nd amendment, this does count as a Non-Aggression Principle violation and are now planning on pursuing this next storm with other professionals. We’ve already lost enough lives to this tragic event, the last thing we need now is deaths that can be prevented,” said Sanders.When asked if climate change may have contributed to the increase in violent storms in the southeast, Sanders quickly called for security to escort the journalist to the Trump Gulag.

Donald Trump also responded after the press conference, tweeting “The levee wall just got 10 feet taller! Jose must go back NOW, Mexico not sending their best.”

Be on the lookout for Hurricane Pilar, which authorities plan on sending to Guantanamo Bay for suspected links to Al-Qaeda.