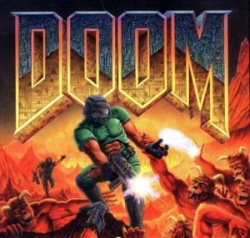 id Software has announced that work has begun on Doom 4, and they’re looking for help in bringing it all to life.

The Doom developer is looking for “talented, ambitious and passionate” people to join the company and help develop its highly anticipated games. id currently has numerous positions posted on its Careers page in areas including art, animation, level design and more.

“Doom is part of the id Software DNA and demands the greatest talent and brightest minds in the industry to bring the next installment of our flagship franchise to Earth,” id CEO Todd Hollenshead wrote in a message on the company’s website. “It’s critical for id Software to have the best creative minds in-house to develop games that meet the standards synonymous with our titles.”

Unleashed in 1993, Doom revolutionized first-person gaming with its cutting-edge graphics, intense, highly-focused gameplay and support for networked multiplayer games. Doom 2 followed in 1994, but after the release of Final Doom in 1996 the franchise went dormant until the release of Doom 3 in 2004, which despite its name was an updated re-telling of the original story.

Sony Has Big Expectations for LittleBigPlanet