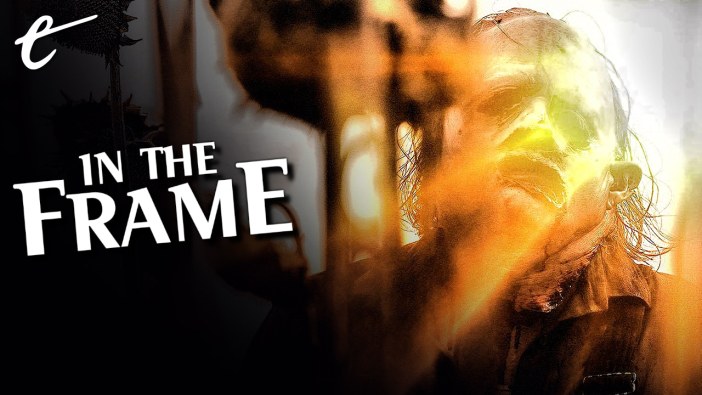 The Texas Chainsaw Massacre franchise has always been something of an oddity among the major long-running horror series, particularly those classified as “slashers.”

This weekend, Netflix released David Blue Garcia’s Texas Chainsaw Massacre. It is a movie that feels very much like the cynical chasing of a trend. It is the “back-to-basics” requel to a beloved cult classic that even returns to the original title. It is a product of the same market forces that led to David Gordon Green’s Halloween, Nia DaCosta’s Candyman, and Matt Bettinelli-Olpin and Tyler Gillett’s Scream. The result is a movie that has a brand but is lacking an identity.

Tobe Hooper’s The Texas Chain Saw Massacre arrived in 1974. It hit screens a year after The Exorcist. Its release date coincided perfectly with the Canadian release of Bob Clark’s Black Christmas, although it preceded the American release by a couple of months. The Texas Chain Saw Massacre predates many comparable classics of American franchise horror, from John Carpenter’s Halloween to Sean Cunningham’s Friday the 13th to Wes Craven’s Nightmare on Elm Street.

The Texas Chain Saw Massacre is a hugely important moment in American cinema. It was an “indie-before-there-were-indies.” It helped establish Austin as a haven for filmmakers, something that its sequel would further more than a decade later. It was controversial; The Los Angeles Times described the movie as “a despicable film,” and the British Board of Film Classification refused to certify it. Sally Hardesty has been described as “the first ‘final girl.’” The Texas Chain Saw Massacre captures something of the spirit of 1974, encapsulating a turbulent year in a turbulent decade. Like other movies of the year, from The Godfather Part II to The Conversation to Blazing Saddles to Chinatown, The Texas Chain Saw Massacre offers a snapshot of a nation in turmoil. Decades later, it still holds tremendous power, evoking the carnage of the Vietnam War, the destruction of youthful idealism, and the horror of the decade’s oil crises.

While The Texas Chain Saw Massacre stands as a classic of American horror cinema — alongside The Exorcist or Halloween — its sequels have never succeeded in recapturing the magic of the original film. Some critics might argue that this is inevitable. After all, horror franchises inevitably degenerate over time. The original writers and directors move on to other projects, and the brand is left in the care of studios eager to exploit the most vulgar aspects of the earlier films.

However, horror aficionados can vouch for the charm of various late-series entries in these grand horror franchises. Derided upon release, Halloween III is now considered something of a cult classic. Dream Warriors is a fantastic sequel to A Nightmare on Elm Street, while Wes Craven’s New Nightmare was an experimental and postmodern delight. Many fans of the Child’s Play franchise argue that Bride of Chucky is the best film in the series. Even The Exorcist III has its ardent fans.

In contrast, the Texas Chainsaw Massacre has never managed to recapture the magic of that genre- and era-defining original film. Perhaps the closest the franchise came was with the 2003 reboot, directed by Marcus Nispel, and even that was only really notable for being “the first of a wave of pointless genre remakes” that would come to define an entire generation of mainstream horror. The remake vaguely evoked the Afghanistan and Iraq Wars, but only superficially and shallowly. Still, this offers more complexity than most of the other franchise sequels. There is perhaps something to be said for the two sequels directed by the creatives from the original Texas Chain Saw Massacre. Director Tobe Hooper’s The Texas Chainsaw Massacre Part 2 and writer Kim Hinkel’s Texas Chainsaw Massacre: The Next Generation are both ambitious movies that have seen some effort at rehabilitation, even if it’s debatable to what extent they actually work.

Garcia’s Texas Chainsaw Massacre feels like it was generated by an algorithm rather than written by a human being. It is a simulacrum of a sequel to a horror classic. Even the movie’s setting is fake, with Bulgaria offering a facsimile of Texas, populated by Irish actors like Moe Dunford and Olwen Fouéré. Irish directors Andy and Ryan Tohill were supposed to direct but were replaced (and their footage scrapped) one week into production. The results are as coherent as all of this might suggest.

Texas Chainsaw Massacre knows the rough shape of a horror sequel like this, even if it doesn’t seem to understand the appeal. Like Green’s Halloween and DaCosta’s Candyman, the movie brings back characters from the first installment to appeal to nostalgia. The movie makes a big deal of the return of Sally Hardesty, who provides a clear anchor to the original film. Unfortunately, Marilyn Burns passed away in 2014, so the role is recast with Fouéré. 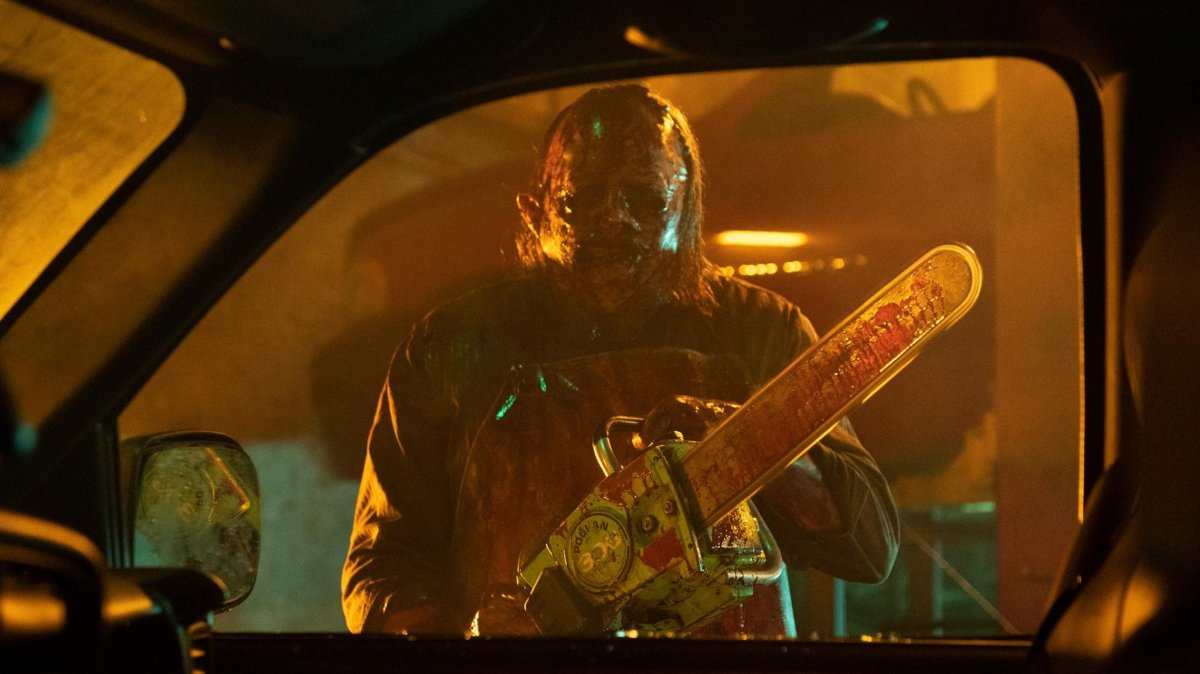 However, Texas Chainsaw Massacre treats Fouéré’s reveal as a big deal, with the older actor dramatically turning to face the camera in what is meant to be a moment of triumphant nostalgia. There’s just one problem: Fouéré wasn’t in The Texas Chain Saw Massacre. Her face doesn’t have any historical connection to the franchise. However, Texas Chainsaw Massacre tries to treat Fouéré the same way that Halloween treated Jamie Lee Curtis, because that’s just what these films do.

This is indicative of how Texas Chainsaw Massacre approaches the legacy that it has inherited, treating it like the masks that Leatherface (Mark Burnham) fashions for himself — an uncanny imitation of what came before without any distinct personality. Sally Hardesty predated Laurie Strode by half a decade, but here she is transformed into shallow cosplay: the shotgun-wielding victim-turned-survivor, just waiting for a second chance at the monster that changed her life.

This carries over to the film itself. Texas Chainsaw Massacre doesn’t have anything to say. It reduces the original’s biting social commentary to clichés about Millennials and social media, broad parodies about gentrification that don’t even make sense in the world of the film. Gone is anything that made The Texas Chain Saw Massacre unique. It’s reduced to a big guy wearing a mask made from human skin, waving a chainsaw in the air, as the final girl screams – imagery repackaged for consumption.

This is a shame because some of the franchise’s core themes feel particularly applicable to what it has become. It is possible to read The Texas Chain Saw Massacre as a commentary on American capitalism run amok, a nation literally consuming its young and feeding off their lifeblood. This is why the imagery of abattoirs and cannibalism permeates the franchise: an expression of the nightmare of consumption. That imagery is curiously absent from Texas Chainsaw Massacre. 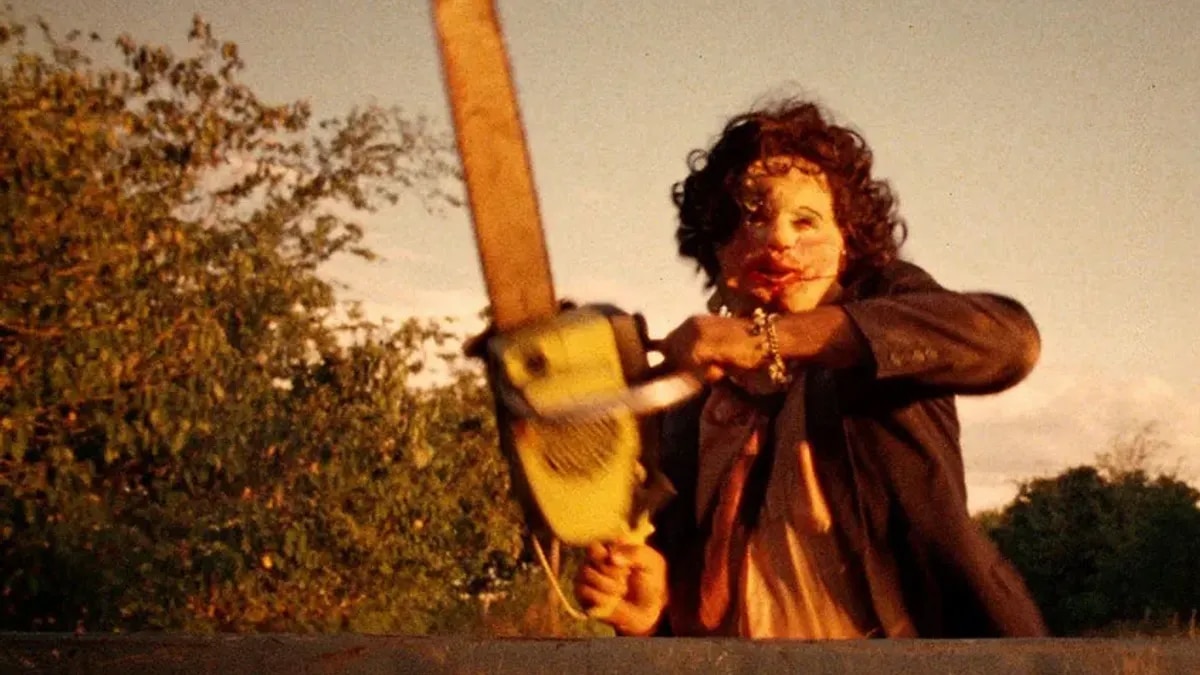 Then again, maybe Tobe Hooper was in on the joke. Watched with the benefit of hindsight, The Texas Chainsaw Massacre Part 2 feels like a spot-on parody of the excess of these sorts of vacuous slasher sequels. This might have been intentional. The Texas Chain Saw Massacre came out long before Halloween, A Nightmare on Elm Street, and Friday the 13th, but those three slashers had all spawned their own franchises by the time that Hooper returned for his sequel.

The Texas Chainsaw Massacre Part 2 spoofs the idea of horror sequels. It fetishizes the image of the chainsaw to the point of parody, opening with a ridiculous chainsaw car chase and closing with an epic chainsaw duel. There is an extended sequence of Oscar nominee Dennis Hopper buying a whole shop full of chainsaws. The cannibalistic family at the center of the franchise has gone mainstream; Drayton Sawyer (Jim Siedow) extends his chili business into Oklahoma and wears a shiny gold watch.

Some of this is obviously a broad parody of contemporary culture, reflecting the polished veneer of Reagan-era America. The poster for The Texas Chainsaw Massacre Part 2 repackages one of the great indie horror movies as something akin to the populist pleasures of The Breakfast Club. The cannibals’ dinner table includes recognizable brands like Heinz Ketchup and Big Red. Tobe Hooper even casts Dennis Hopper, a walking embodiment of 1960s counterculture, as a buttoned-up figure of patriarchal authority. 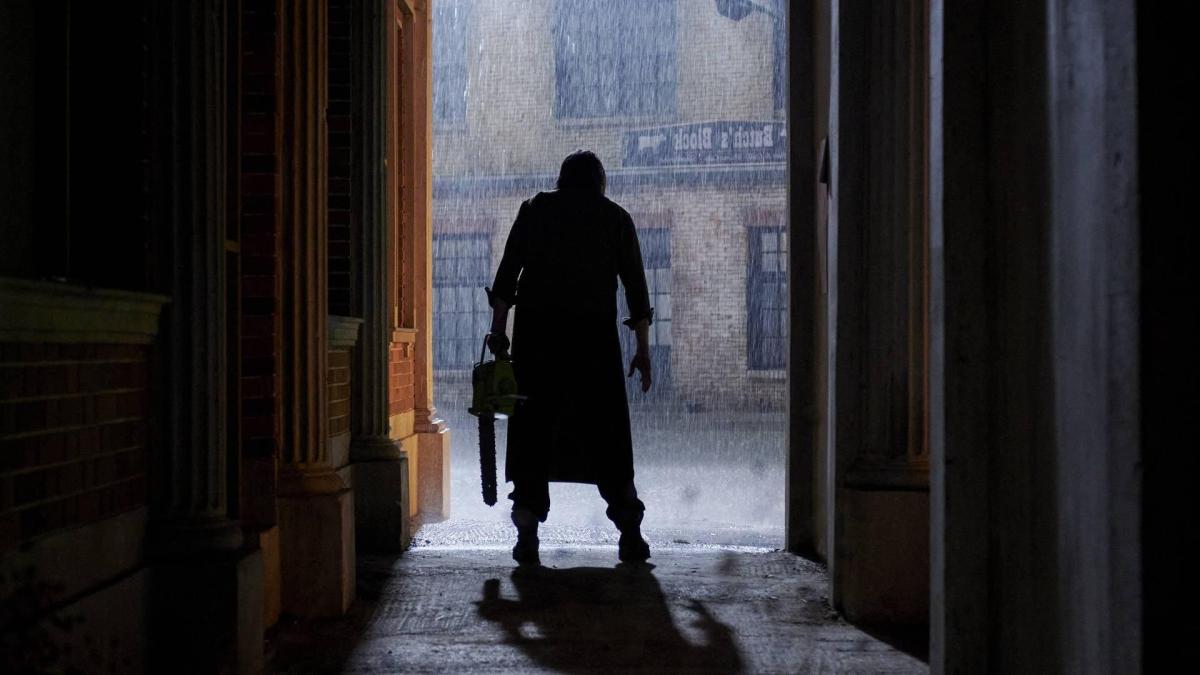 Hooper was boldly satirizing the era itself. If The Texas Chain Saw Massacre was about the brutal destruction of 1960s idealism in the early 1970s, then the sequel is about how that generation “sold out” in the 1980s, in the way that many accused Jerry Rubin of doing. In The Texas Chainsaw Massacre Part 2, the 1960s live on in the decrepit zombie-like form of “Chop Top” Sawyer (Bill Moseley), a Vietnam veteran in his “Sonny Bono wig-do.” However, Chop Top’s decaying form works as a metaphor for the franchise itself.