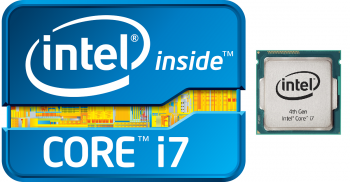 Intel CFO Stacey Smith brushes off concerns that Apple will break its partnership, saying that his company is significantly ahead of the industry.

Intel has pretty much always been the leading PC CPU manufacturer, but in 2005, Apple CEO Steve Jobs made the surprising announcement that it would also become the leading Mac CPU manufacturer. Now, almost ten years since the partnership was announced, there are rumors floating around that Apple is ready to break free from Intel, and go back to making its own chips. Intel CFO Stacey Smith certainly doesn’t think this is the case, and says that his company is so far ahead of the industry, Apple would be crazy to give up its chips.

“For a customer like Apple you’d have to take a big step off performance to step off our architecture,” Smith continued. “That is what in essence enables us to win across different customers.”

For your information, the rumors started due to Apple’s ARM chips that it uses for its smartphones and tablets getting more and more powerful. The theory was that Apple will soon be able to use these chips in its Mac computers, and not have to rely on Intel anymore.

“Apple is a great partner of ours,” Smith added. “Like Intel they like bringing really cool stuff to the market …As long as we’re bringing great technology to the marketplace, we’re enabling them to do great Apple products.

What do you guys think of this? Do you think Apple will forever be chained to Intel, or do you think Smith is being a bit too cocky? Personally, I’m excited to see what AMD can do with it’s unifying mantle API, to finally break Intel and Nvidia’s CPU/Graphics Card dominance.