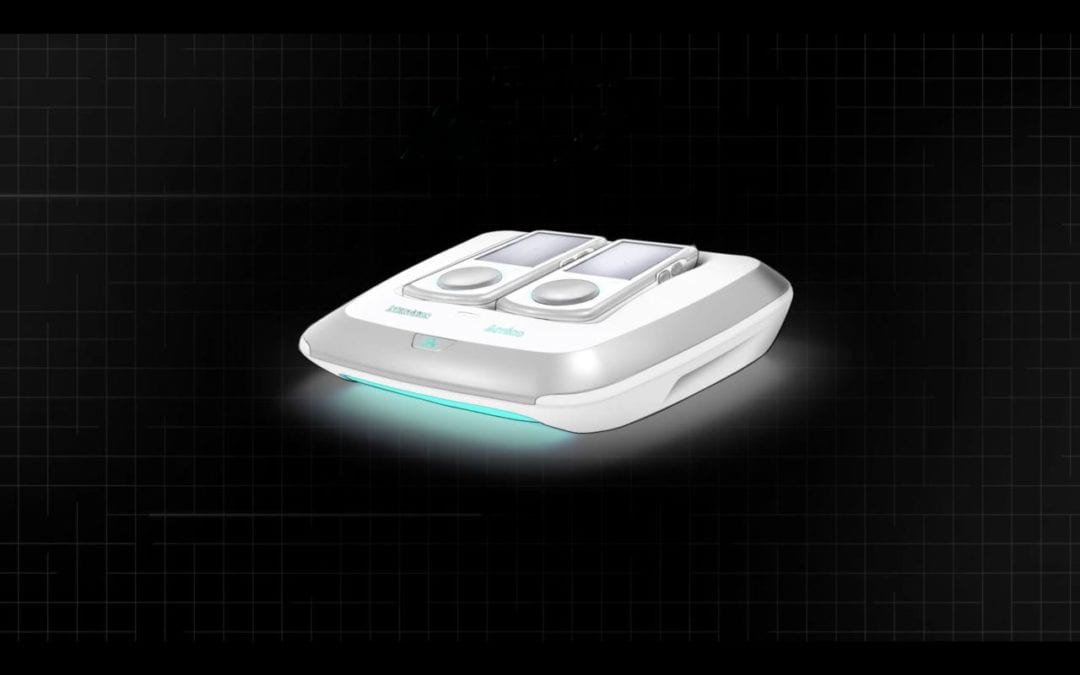 Heroes live forever, legends never die, and apparently no classic gaming brand will stay dead. After teasing the rebirth of Intellivision earlier this year, famed video game composer Tommy Tallarico previewed the Intellivision Amico at the Portland Retro Game Expo. Unlike other recent successful vintage mini-consoles like the NES Classic — Nintendo has sold roughly 3.5 million of those since 2016 — the Intellivision Amico will play both old and new Intellivision games when it releases in October 2020.

“We are creating a console that parents want to buy, not that they were asked to buy,” Tallarico said during his keynote address at the Retro Game Expo. “Most every game being made for the home consoles these days is created with only the hardcore gamer in mind. We see a world where everyone is interested in playing at home and with friends, but this isn’t currently possible because the barrier to entry is nearly impossible for a non-gamer due to the complexity of the controllers, intricacy of gameplay, expense of the hardware and software, and steep learning curve with an unbalanced fun factor for the beginner. Our goal was to create a console that both gamers and non-gamers are able to have fun with and play together. The Intellivision Amico is our answer to this gaping hole we see within the current video game industry.”

Every game on the console, which costs between $149 and $179, will be rated E for Everyone or E10+ by the ESRB, and all games will cost between $2.99 and $7.99. There will be no in-app purchases or DLC of any kind, so parents won’t have to worry about kids accidentally racking up massive fees Like the Super NES Classic Edition, Amico will come packed with two controllers to facilitate local multiplayer out of the box. Up to eight players can wirelessly connect a phone or tablet and use it as a controller. Games that will be “REIMAGINED and REMADE EXCLUSIVELY” for the new system include 1980s staples as Irem’s R-Type and Data East’s Bad Dudes.

Making a console with cheap, set cost games in a bid to win over parents concerned about predatory video game economies is interesting in theory, but Intellivision Amico seems to be a product for no one. Nostalgists and families with young kids alike won’t be served by this machine.

Consider just the Intellivision brand itself. The machine is historically significant in the pantheon of gaming. (As the reborn company boasts in this announcement video, it was the technically first 16-bit console ever made.) Intellivision has never had even a fraction of the cultural or economic sway as its competitors. Even though it was a modest success 3 million consoles sold in its 1980s heyday, it sold just one-tenth of the Atari 2600s sold over the years and around one-fifth of the Nintendo Entertainment Systems. Nintendo already has a $60 machine on the market that ostensibly does what Amico does with a pre-installed game library of more recognizable classics. More people know Super Mario Bros. 3 than Burger Time in 2018.

The console’s base features seem designed for a gaming-illiterate audience that no longer exists. As of 2017, 64 percent of American households have some kind of gaming device. The average player is 34 years old. Of those players, 19 percent play with family members and 17 percent play with their parents. Nine of the top 20 best-selling games in 2017 were rated E or E10+. Families are already being served by games and systems with a much higher profile.

The Amico might have had a shot if it was released 10 years ago when the video game industry was still under fire for corrupting young minds. Instead it’s positioned to release just as the people that grew up with Intellivision will be entering their 50s. Tallarico and Intellivision Amico are trying to fill a hole that no longer exists.