Today we’re excited to share with you a brand new series we’ve been working on quietly behind the scenes at The Escapist, called Adventure Is Nigh!

For quite a while now, the Escapist community has been asking us to do something with Dungeons & Dragons, and over the past couple months our team has been working on building a new series to do just that, but of course with our own visual flair, bringing the Zero Punctuation art style to a brand new format!

Created by Jack Packard and featuring Yahtzee, KC, Amy, and Jesse, Adventure Is Nigh! will be a limited series here on The Escapist with a five-episode D&D campaign, starting today with the initial pilot episode and the start of the campaign later this summer. Episodes will be released monthly with early access on YouTube available via YouTube Memberships.

This pilot episode will serve as an introduction to the cast, format, and visual style and allow you to provide us with some feedback that we can incorporate into the start of the official campaign. The start of the official campaign will feature a lot more animation and the beginning of an original Dungeons & Dragons campaign created by Jack. If it goes well, the longer-term plan is to do more limited series with new campaigns, characters, and more.

We’ve had a lot of fun building Adventure Is Nigh! and hope you enjoy this introductory episode with more to come later this summer. 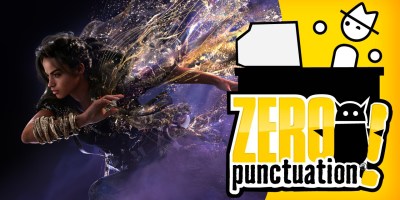