A plethora of Canadian fandom descends on London’s comic shops. We were on the scene.

Free Comic Book Day is much more than a giveaway event if you happen to live in London, Ontario. With five comic book shops located in walking distance of each other, the city’s downtown core finds itself looking amazingly like a comic book convention, complete with costumed superheroes walking back and forth across city blocks. I spent the day visiting each shop and taking pictures of the many costumes, only to realize that The Escapist needed two galleries to cover them all.

The first collection is available here but if you want to view the second half of London’s cosplay, which even includes a Free Comic Book Day Costume Contest winner, read on.

First up, it’s Spider-Man, posing alongside Lil’ Black Cat, and two of the things that mark the moment when Spider-Man was ruined in the comics. YEAH I SAID IT. 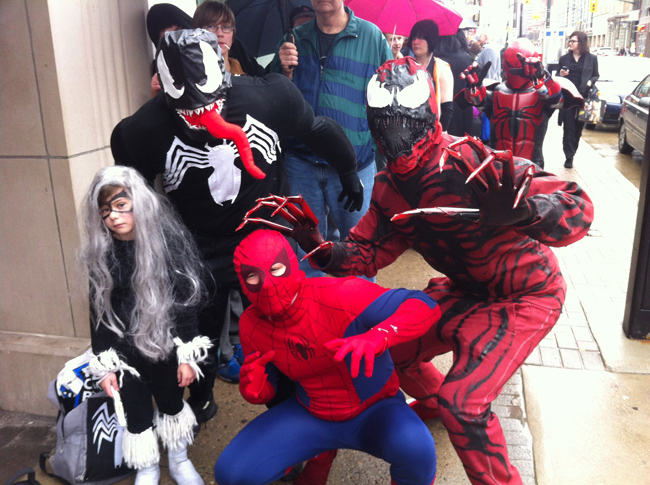 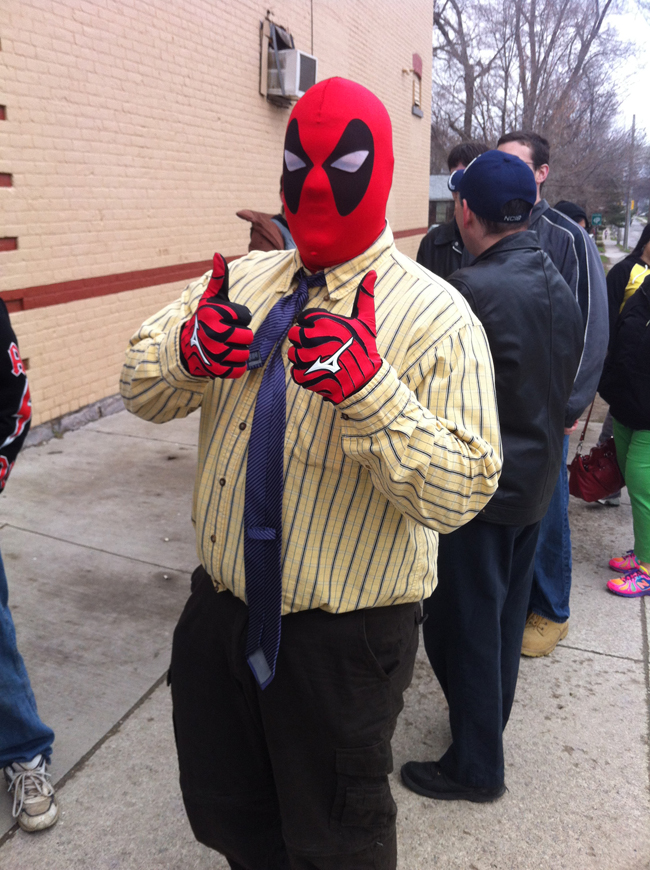 You know what? Business casual Deadpool ought to be a thing. 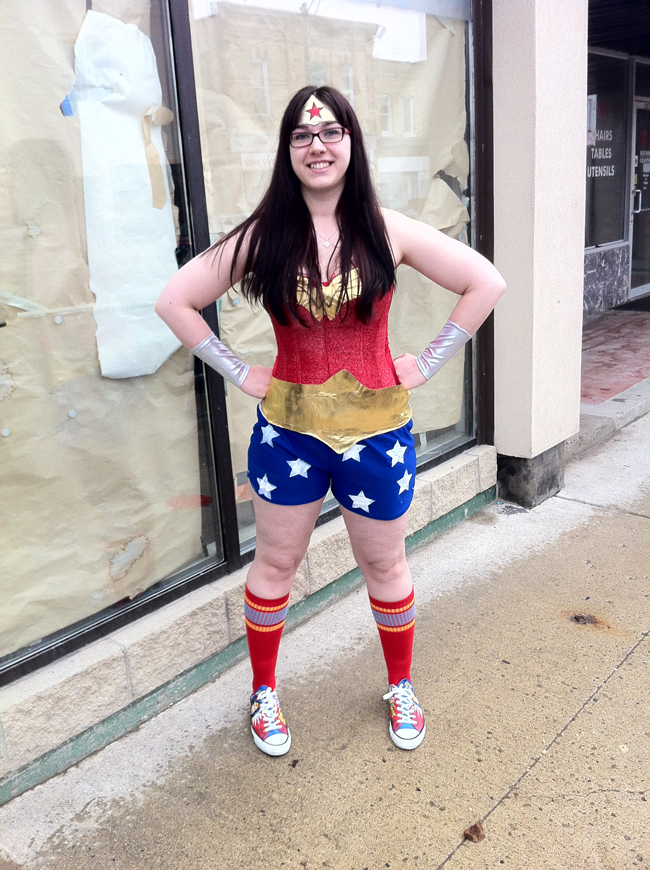 I kind of like to imagine that on her off day, Wonder Woman rocks colorful socks and cons. 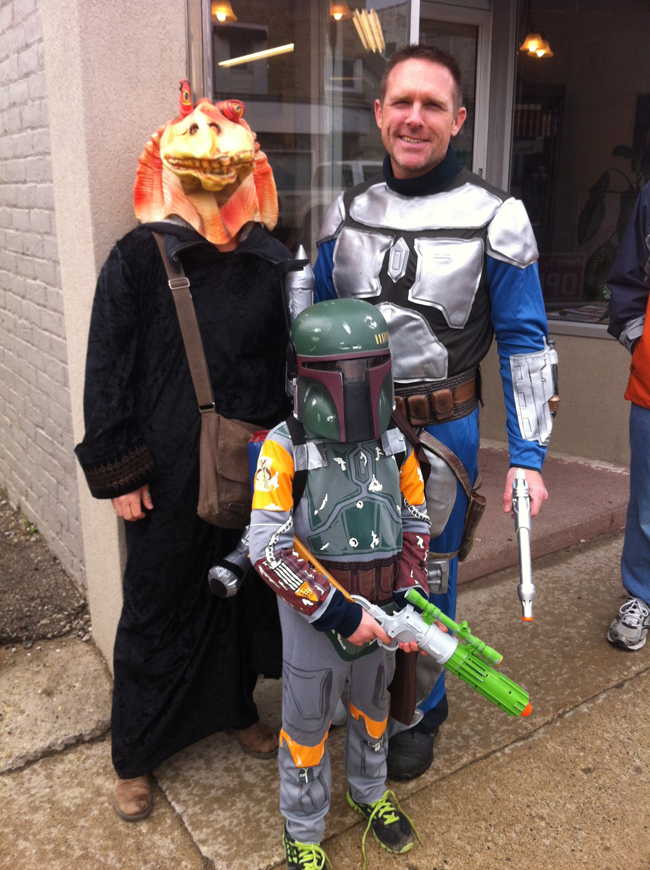 It’s like Da Vinci’s The Last Supper of things that were not good in the Prequel Trilogy. 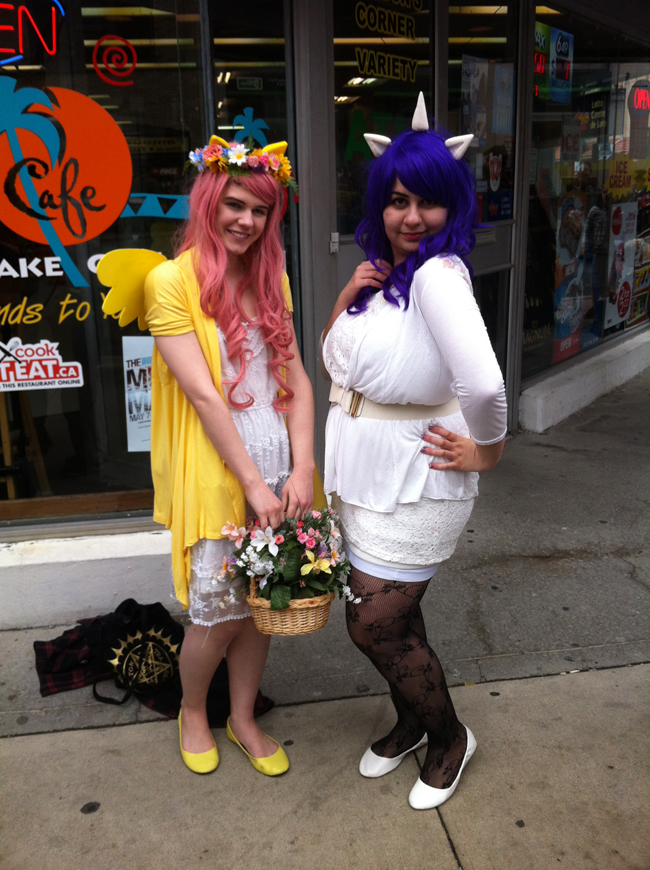 Commenters, can you identify these costumes? 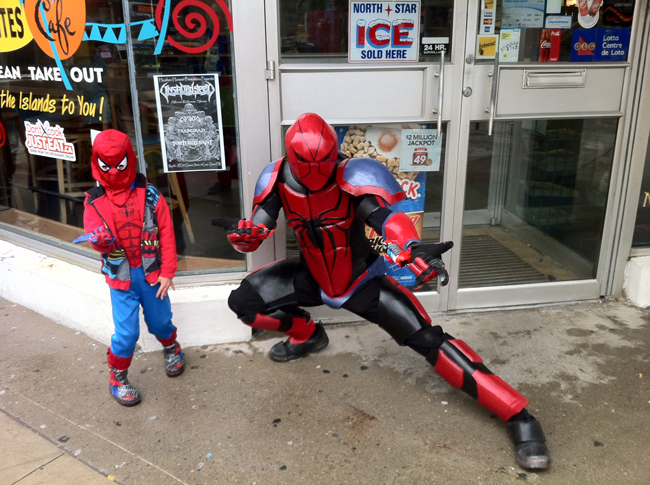 On the right is our Free Comic Book Day costume contest winner, Armored Spider-Man. (Actually, he wanted to be called London Spider-Man. I don’t think people took him up on that.) 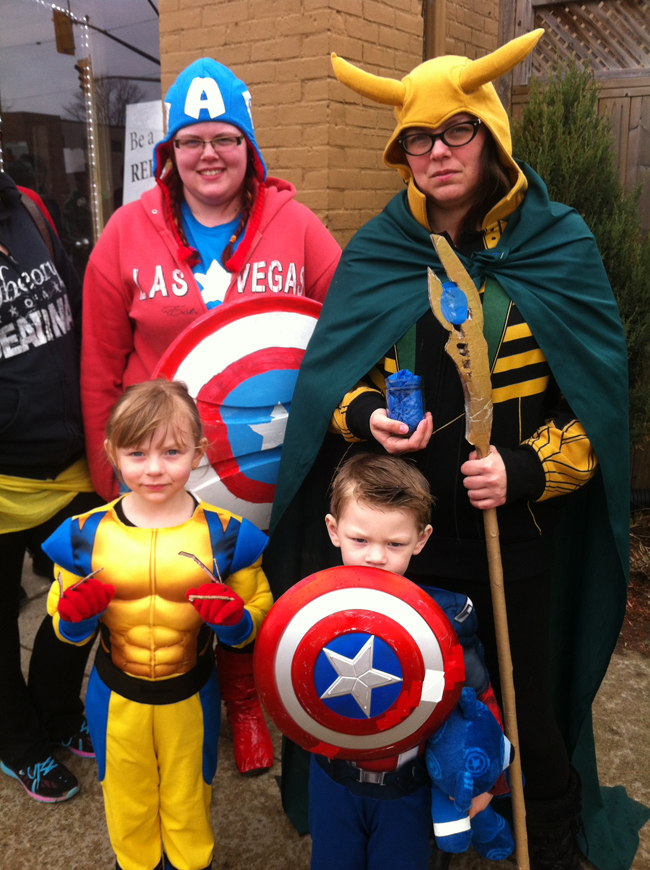 It’s The Avengers on their way to a tailgating party. 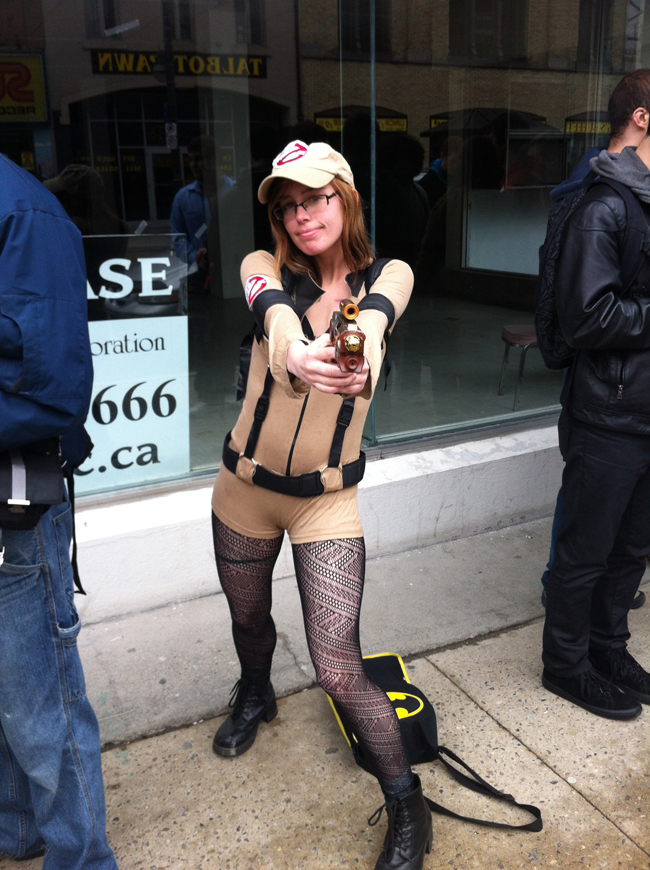 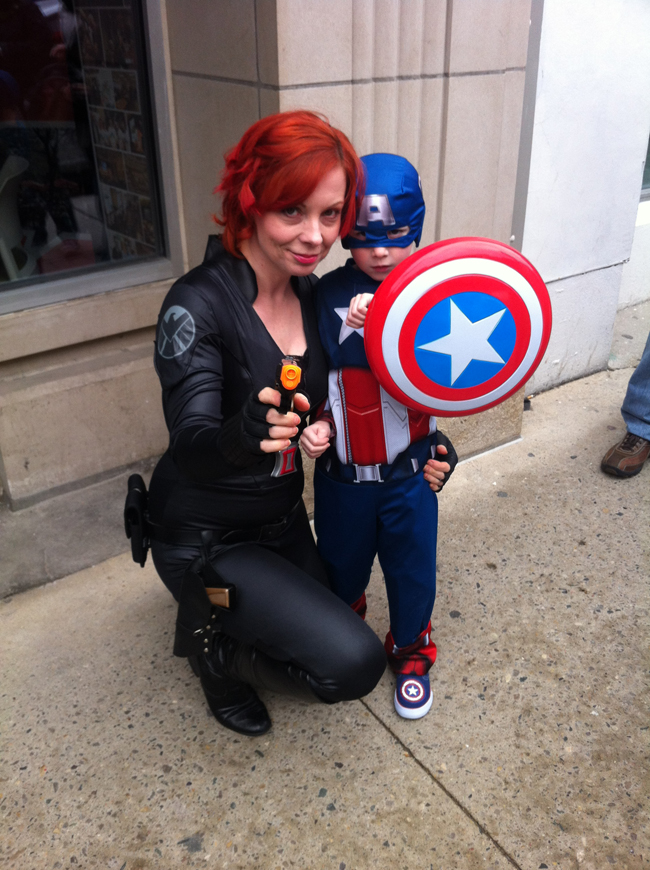 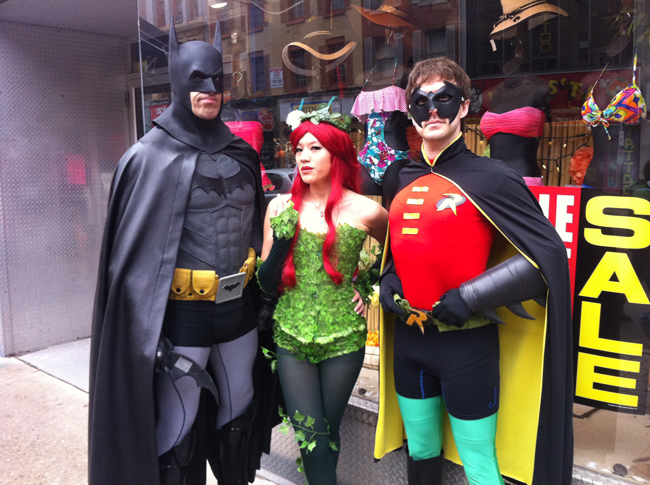 I love everything about this trio of Bat-Family characters, including the fact that this guy kind of looks Affleck-esque. (Afflesque?) Check out more cosplay of Poison Ivy here! 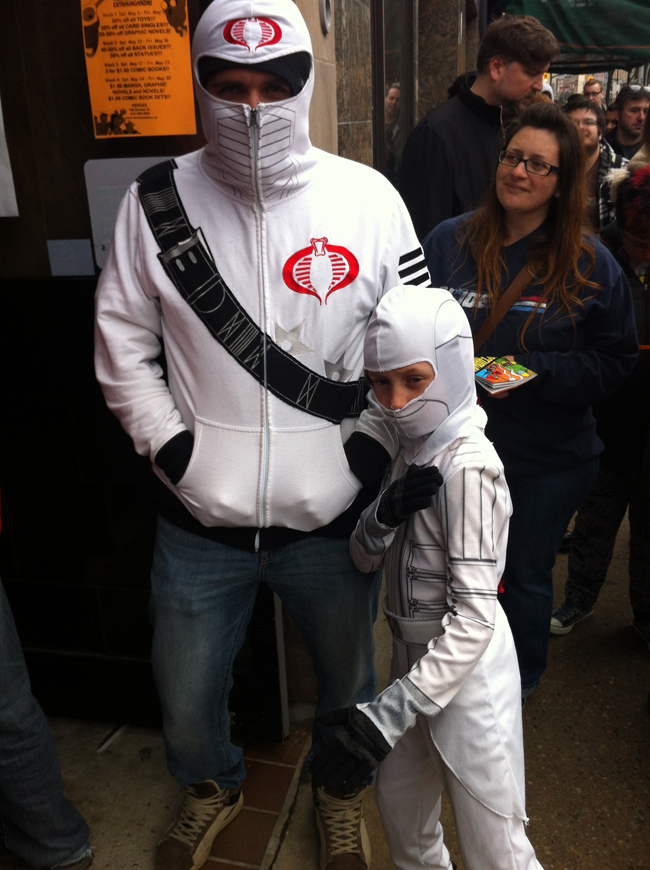 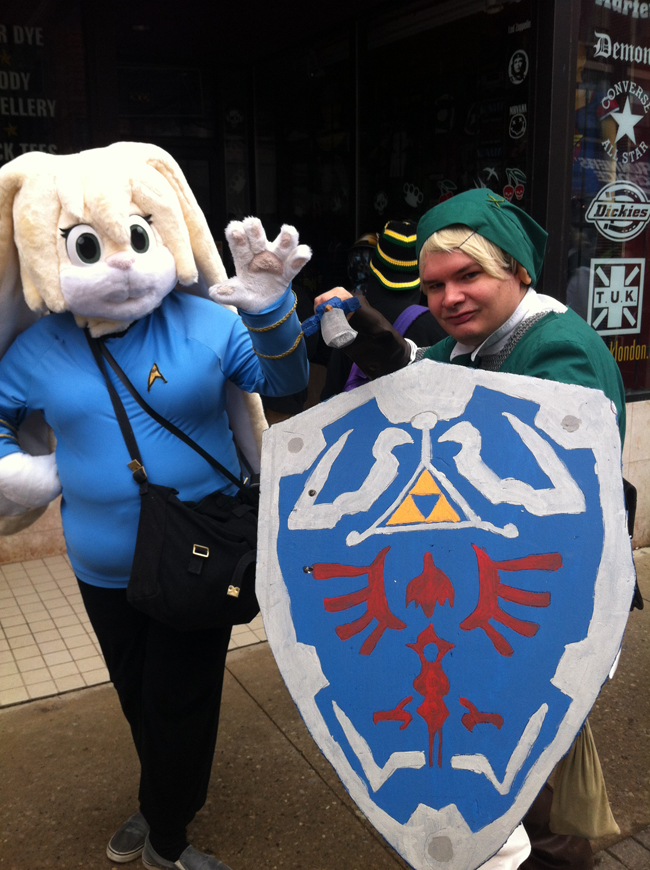 I don’t… I just don’t even know what beamed from the enterprise down to Hyrule. 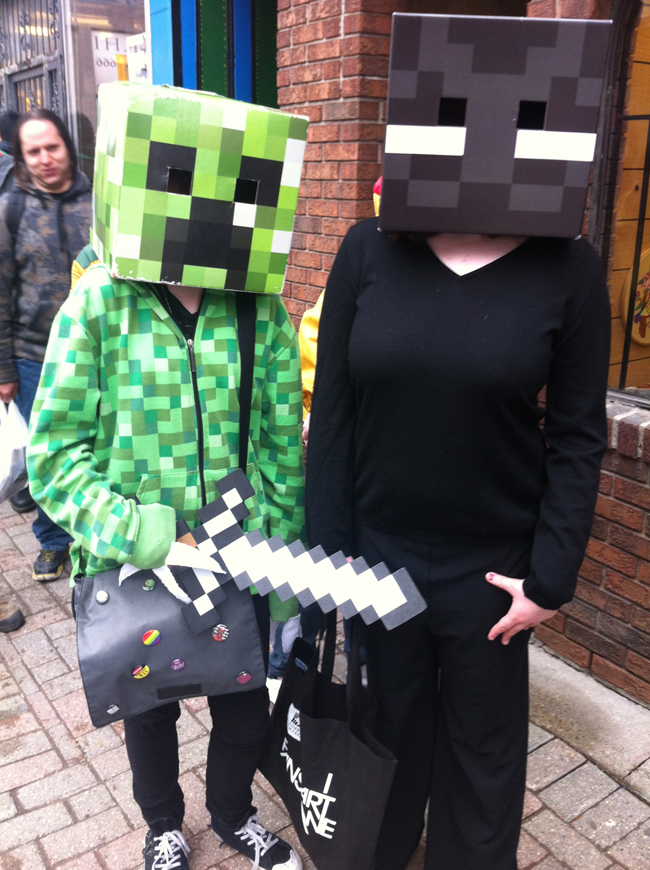 It wouldn’t be a costume anything without a Minecraft appearance. 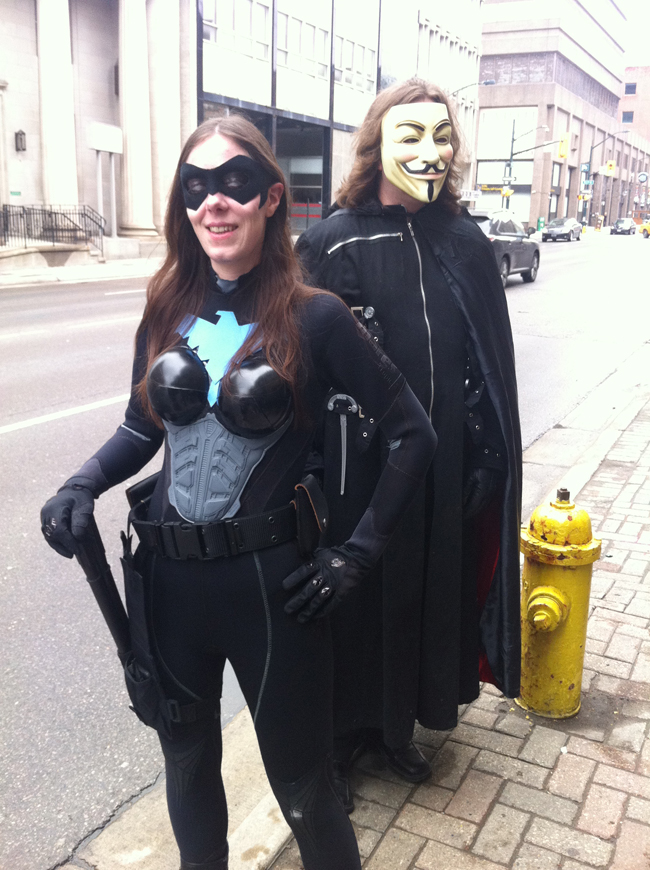 Turns out Nightwing’s first job as a spy is to infiltrate Anonymous. 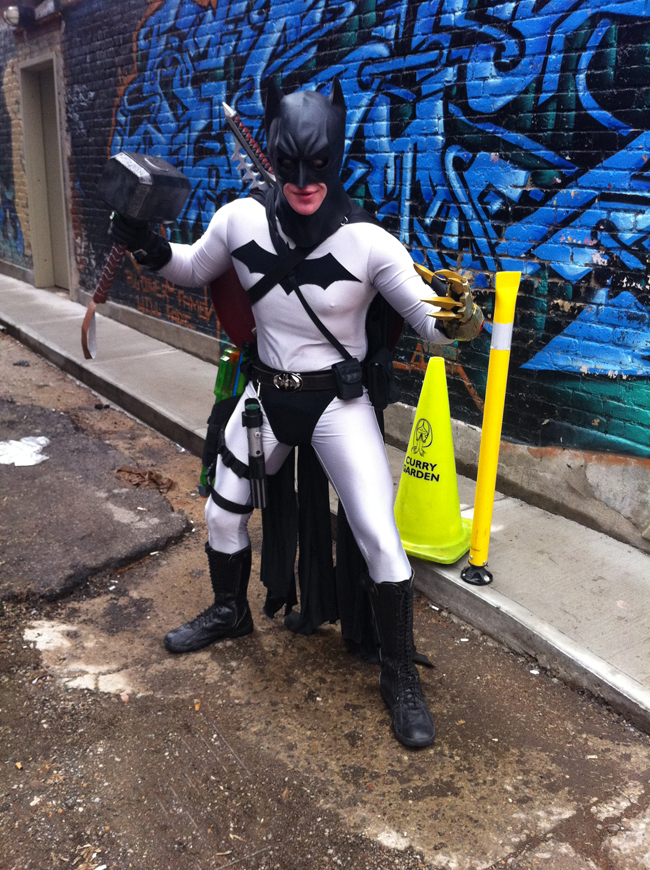 OK, I’m not going to lie, you are about to have your mind blown. That hammer? Yes, Batman is wielding Mjolnir. But check out the next page… 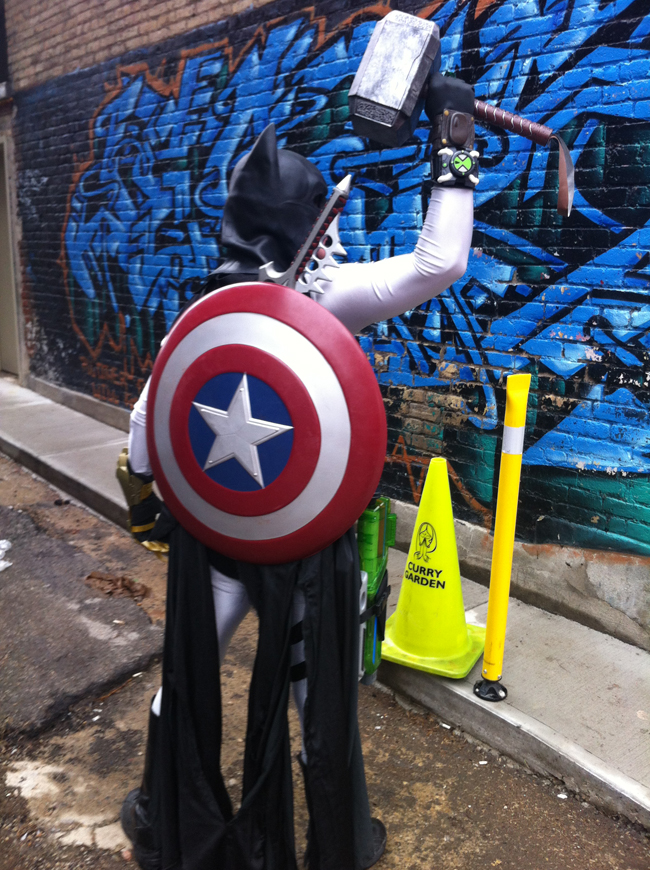