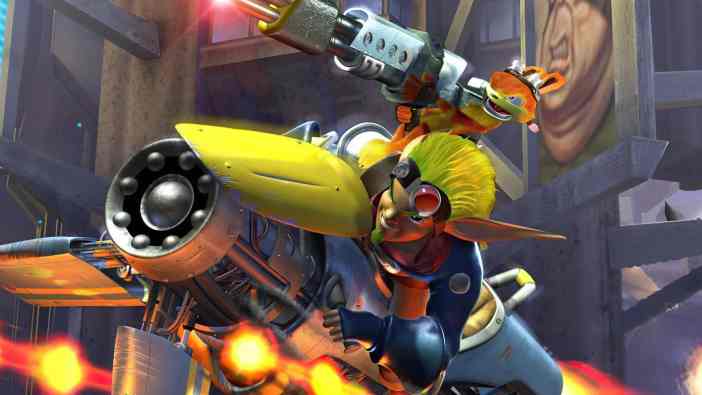 You’d be hard-pressed to find a video game developer who’s had a better decade than Naughty Dog. Over the past decade, Sony’s premiere studio wrapped up its PlayStation 3 Uncharted trilogy with Uncharted 3: Drake’s Deception, won countless awards with The Last of Us, delivered one of the best side stories ever in The Last of Us: Left Behind, brought Nathan Drake back in the gorgeous Uncharted 4: A Thief’s End, and helped cap off the PlayStation 4 generation with The Last of Us Part II, which again won countless awards.

Uncharted and The Last of Us are two of the defining franchises of the past couple console generations, and they helped cement Naughty Dog as one of the top-tier developers in our entire medium. But before they traveled the globe looking for treasure and spun tragic tales of revenge, Naughty Dog made a name for itself in the world of colorful 3D platformers: first with the Crash Bandicoot trilogy on the original PlayStation, and then with Jak and Daxter on PlayStation 2. And for as indisputably successful as Uncharted and TLOU have been, there’s a side of me that wishes the talented team would go back and take another stab at the world of Jak, Daxter, and the Precursors.

Jak and Daxter hit the PS2 back in 2001, a year that gave us so many incredible experiences. From Grand Theft Auto III and Metal Gear Solid 2: Sons of Liberty, to Ico and Silent Hill 2, that second year in the life of the PS2 is when the console came into its own and solidified its trajectory towards becoming the bestselling home console of all time. The original Jak and Daxter felt like Sony’s true answer to the massive, genre-defining success of Super Mario 64, as well as a clear statement that Naughty Dog was a premier studio capable of much more than just Crash Bandicoot games. 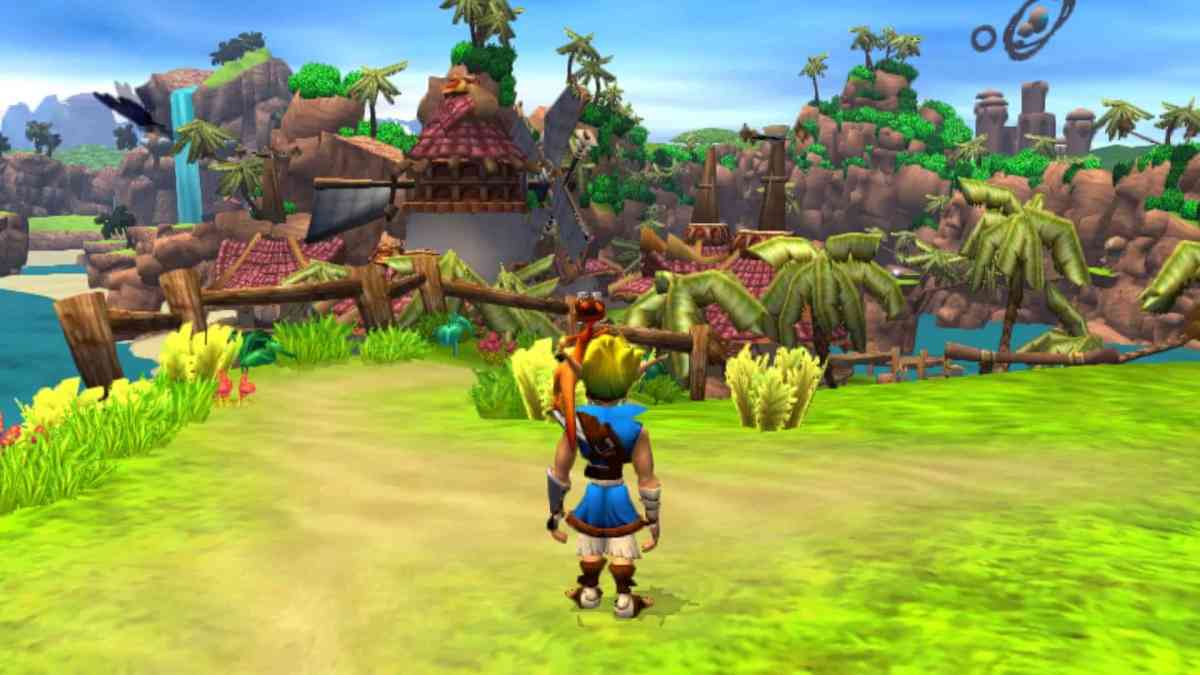 Jak and Daxter was a technical marvel at the time. A majority of the game took place on a massive continent filled with all the standard biomes we’d come to expect from our 3D character platformers — bright beaches, dense forests, dangerous volcanoes, frigid tundra. But where something like Super Mario 64 was broken up into small, disparate chunks that could be entered via the hub of Peach’s Castle, the entirety of Jak’s world was presented on a single landmass that made sense geographically. If you climbed to a high enough point, you could see pretty much every single area in the game, exactly where they should be. And the complete lack of loading screens on the main continent meant that you could travel from the opening village to the final boss arena in one seamless trek. Just wildly impressive stuff for 20 years ago.

This really kicked off Naughty Dog’s penchant for pushing its current hardware as far as possible at the time. Whenever we stared in awe at some grand spectacle or tiny detail in Uncharted and The Last of Us, that DNA can be traced back to Jak and Daxter. This also started the studio’s focus on strong stories and characters in all of its projects. Though Jak is a silent protagonist in the original game, Daxter more than picks up the slack. After being transformed into an ottsel (think an otter and weasel hybrid), he becomes a cross between Aladdin’s Abu and Mulan’s Mushu. In fact, the whole game feels like a sprawling Disney adventure, complete with colorful worlds, expressive animation, and a bunch of memorable characters to meet along the way.

You can see even more of Uncharted’s DNA here in the humor and setting. But where the Uncharted games are clearly rooted in the full sensory experience of exploration, which isn’t surprising given its Indiana Jones / Tomb Raider / pulp inspirations, Jak and Daxter primarily conveys this sensation of exploration through its mechanics. There’s a lot to do in each area, and you’re kind of free to uncover and tackle things at your own speed, as opposed to most of Uncharted, which sends you down well-dressed metaphorical (though sometimes literal) train tracks. That said, over its past few games, Naughty Dog has created some open environments that do feel like it’s carrying the torch of its past, particularly in the Western Ghats of Uncharted: The Lost Legacy and the Downtown Seattle chapter of TLOU2. 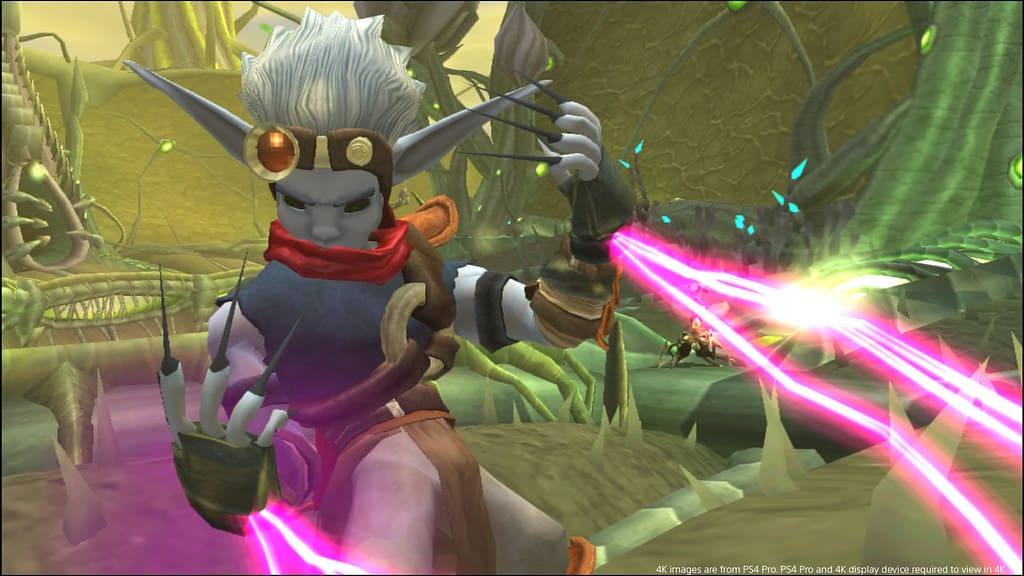 As the Jak and Daxter series progressed over the life of PlayStation 2, its gameplay and tone changed dramatically. Like pretty much everyone else at the time, Naughty Dog was clearly influenced by the monumental success of Grand Theft Auto III. For Jak II, the colorful biomes were replaced by the singular, sprawling, dystopian Haven City, filled with NPCs you’d visit to get various missions all leading towards toppling the government. Jak could commandeer any vehicle as a mode of transportation and slowly accumulated a handful of gun mods that beefed out your arsenal. Oh, also, Jak grew a goatee. As one did back in the early ‘00s.

But while the shift in tone was certainly a bit strange, this sequel had a lot going for it. It pulled elements of GTA, Half-Life, and Tony Hawk into a surprisingly effective blend, with great gameplay and a genuinely interesting story. And there was a really neat dynamic soundtrack that would adapt on the fly when you pulled out a gun or were swarmed by enemies, adding percussion and edge to whichever song was playing at the moment. Eventually the series went full Mad Max with Jak 3 and Jak X: Combat Racing, and while certainly not bad, they didn’t live up to what came before them or what was set to come after.

Uncharted’s arrival in 2007 marked the end of Naughty Dog’s direct involvement with Jak and Daxter. Ready at Dawn and High Impact worked on a pair of PSP spinoffs, and the original trilogy was eventually remastered and bundled for the PS3, Vita, and PS4. That said, Neil Druckmann and Bruce Straley, hot off the success of Uncharted 2: Among Thieves, set off to work on a grittier and more adult take on the Jak franchise, with plenty of concept art and ideas seeing the light of day. But eventually, they decided that, instead of retreading existing ground, they needed to tell their own original story — and given the success of The Last of Us, that was probably a strong call on their part. 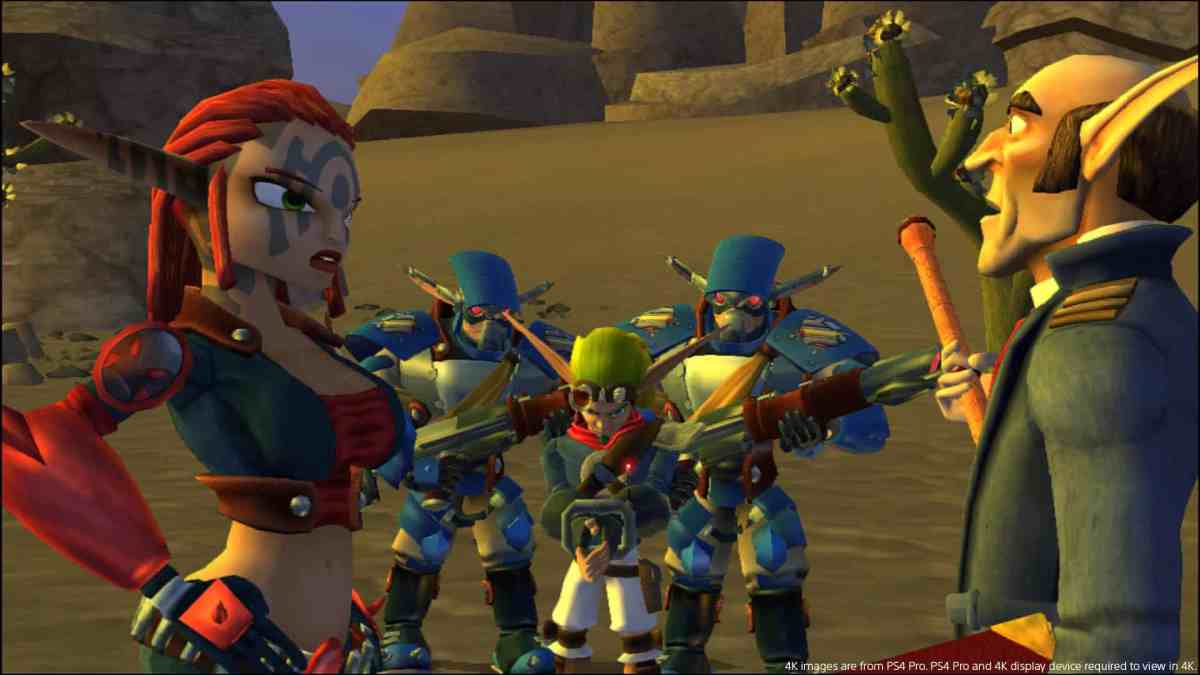 Going through the incredible Astro’s Playroom a few months ago at the PlayStation 5 launch, coupled with how excited I am for Insomniac Games to be revisiting the Ratchet series (another PS2 mascot action-platformer), makes me wish Naughty Dog would lend its massive talents to a game like Jak again. Don’t get me wrong — Uncharted and TLOU are incredible, and I love them dearly. But Jak was just something else.

At this moment in time, it feels like the story of Nate and Elena and the story of Joel and Ellie are done — albeit only in terms of video games, as there is still the recently delayed Uncharted film and the The Last of Us HBO series. Of course, there are still plenty of stories to be told in each of those worlds, whether we follow Cassie as she picks up her family’s hobby or any of the countless unexplored facets of a post-cordyceps society. And another studio could try its hand at these worlds, as has been rumored by the mysterious San Diego studio that seems to be working on a high-profile Sony property. But at this specific moment, the possibilities for Naughty Dog seem endless. And while I have no doubt that it’s working on something that will push PlayStation 5 further than we can imagine, I’m still holding out hope that it could go back to a simple story of a boy and his ottsel.