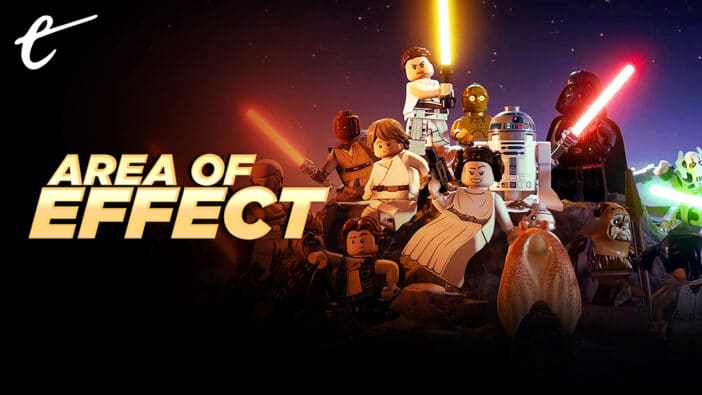 I was sure that Lego Star Wars: The Skywalker Saga was going to be a laugh riot; developer Traveller’s Tales has a pretty good track record, though the people who suffered through the studio’s crunch probably weren’t laughing. What I didn’t expect was that I’d be drawn in by the little ways that TT has tweaked the Star Wars story, typically for the better.

If you haven’t played it, Lego Star Wars: The Skywalker Saga is a complete retelling of the nine episodic Star Wars movies with (as the title suggests) Lego. TT could have merged its previous Lego Star Wars titles, then added a handful of levels based on the last two movies, but instead it built a whole new game from scratch.

And unlike some previous Lego Star Wars games, The Skywalker Saga is fully voiced. Most roles are soundalikes, but a few of the original actors return, including the incomparable Brian Blessed. You can keep your The Mandalorian DLC; just give me a cheat where he voices Darth Vader. “DID I TELL YOU ABOUT THE TIME I PUNCHED A SARLACC?”

TT in turn penned a new script, albeit one that was heavily based on the dialogue and events of the movies. And aside from injecting its trademark comedy, the developer applied its own little story tweaks or, where it was unable to fix something, a wry dig at the original. 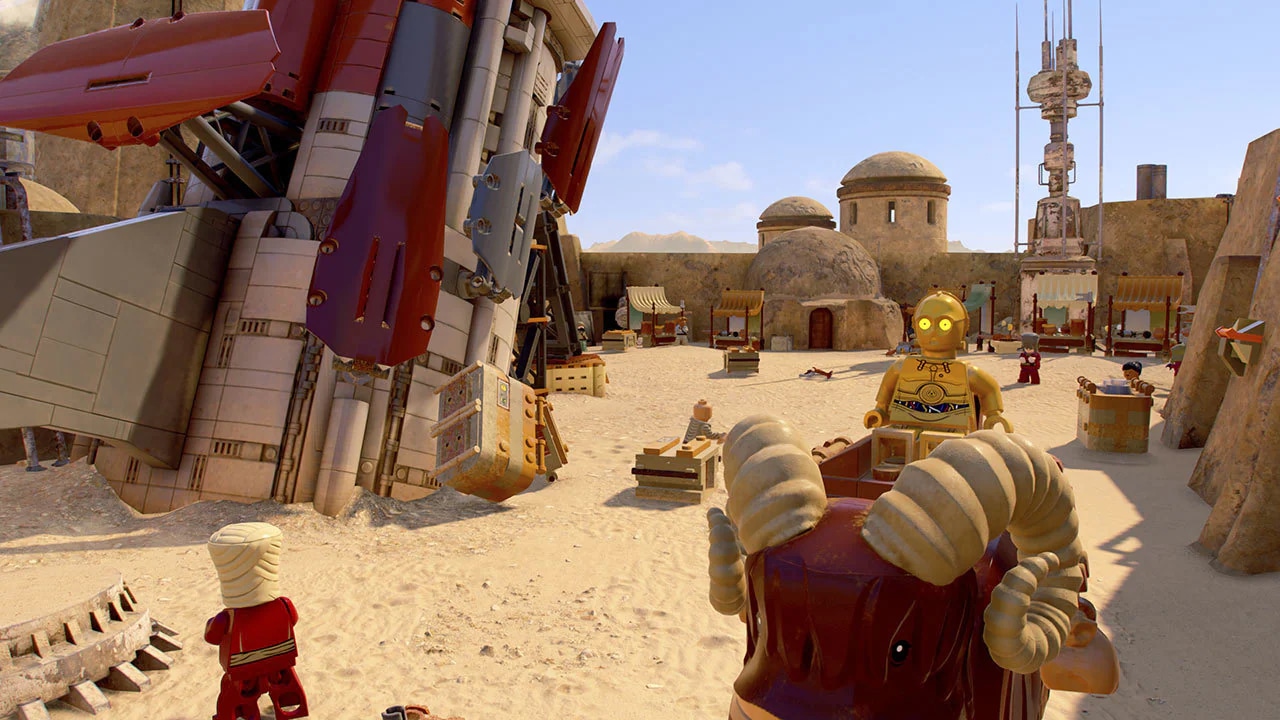 Take Star Wars: A New Hope. The original trilogy was “my” Star Wars, so I tackled this chapter first. There’s a reference to Rogue One: A Star Wars Story that made me smile, but shortly after, Princess Leia explains she’s going to use a droid to avoid the Empire’s escape pod scans. This was implied in the movie, so the fact TT chose to explicitly state it got my attention. It made me start watching out for other changes, fixes, and so on.

Also, it’s easy to forget that Lego Star Wars: The Skywalker Saga needed to be accessible to newcomers as well as seasoned Star Wars fans. It’s likewise the case that some of these “fixes” serve to streamline the plot; The Skywalker Saga’s version of The Phantom Menace is only improved by removing the whole “midichlorians” section.

While I’ll keep spoilers to a minimum, The Skywalker Saga features several similar edits, ranging from new dialogue through to whole chunks of gameplay. Ever wonder how Han found Luke in The Empire Strikes Back? It might not strictly be canon, but Lego Star Wars: The Skywalker Saga has an idea or two to offer.

Certainly, as you progress beyond the original Star Wars trilogy, the quality becomes more… variable, and you’ll start running into plot holes that you actually did notice upon first watch. I started eagerly anticipating the next “story patch,” wondering if Travellers’ Tales would address a particular plot hole, whether played for laughs or not, or strip out cinematic elements that had left me baffled or in danger of falling to sleep. 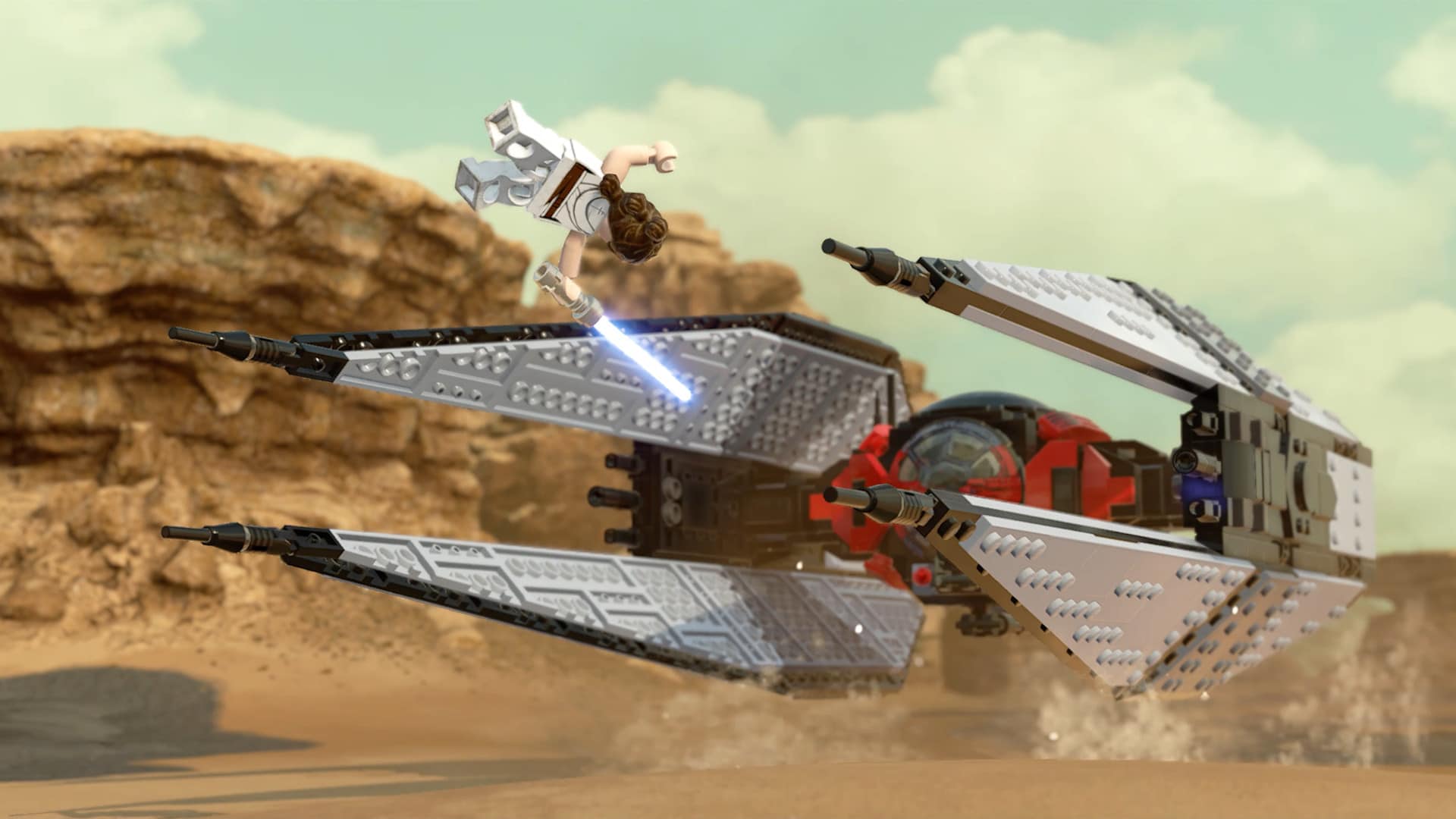 I grin just thinking about the TIE fighter pilot who left his keys in the ignition, enabling Finn and Poe’s escape in The Force Awakens. You don’t think the First Order routinely left its TIE fighters running and ready to go, did you? But there are limits, and seeing Travellers Tales hit those is as much fun as watching it pull off its well-placed edits.

Yes, I’m talking about The Rise of Skywalker. Lego Star Wars: The Skywalker Saga slims down the whole First Order medallion scene. We don’t need to know it’s been taken from a First Order officer; just briefly stating what it does is absolutely enough. Does that explain why it exists? No, and there’s no logical reason why there’d be a token that could grant you no-questions-asked admission to a military ship.

However, the finest line, the admission that some things can’t be fixed, is when Rey is exploring the ruins of the second Death Star and states: “I thought most of this thing would have crashed onto the forest moon… but I guess I don’t know enough about physics!”

It’s the moment when TT just throws its hands up and admits what it’s dealing with. All its editing and script-writing skills, the ones it’s been exercising so well up to this point, can’t undo Star Wars: The Rise of Skywalker. Marvel’s Star Wars comics gave it a go, but it required way, way too much heavy lifting. 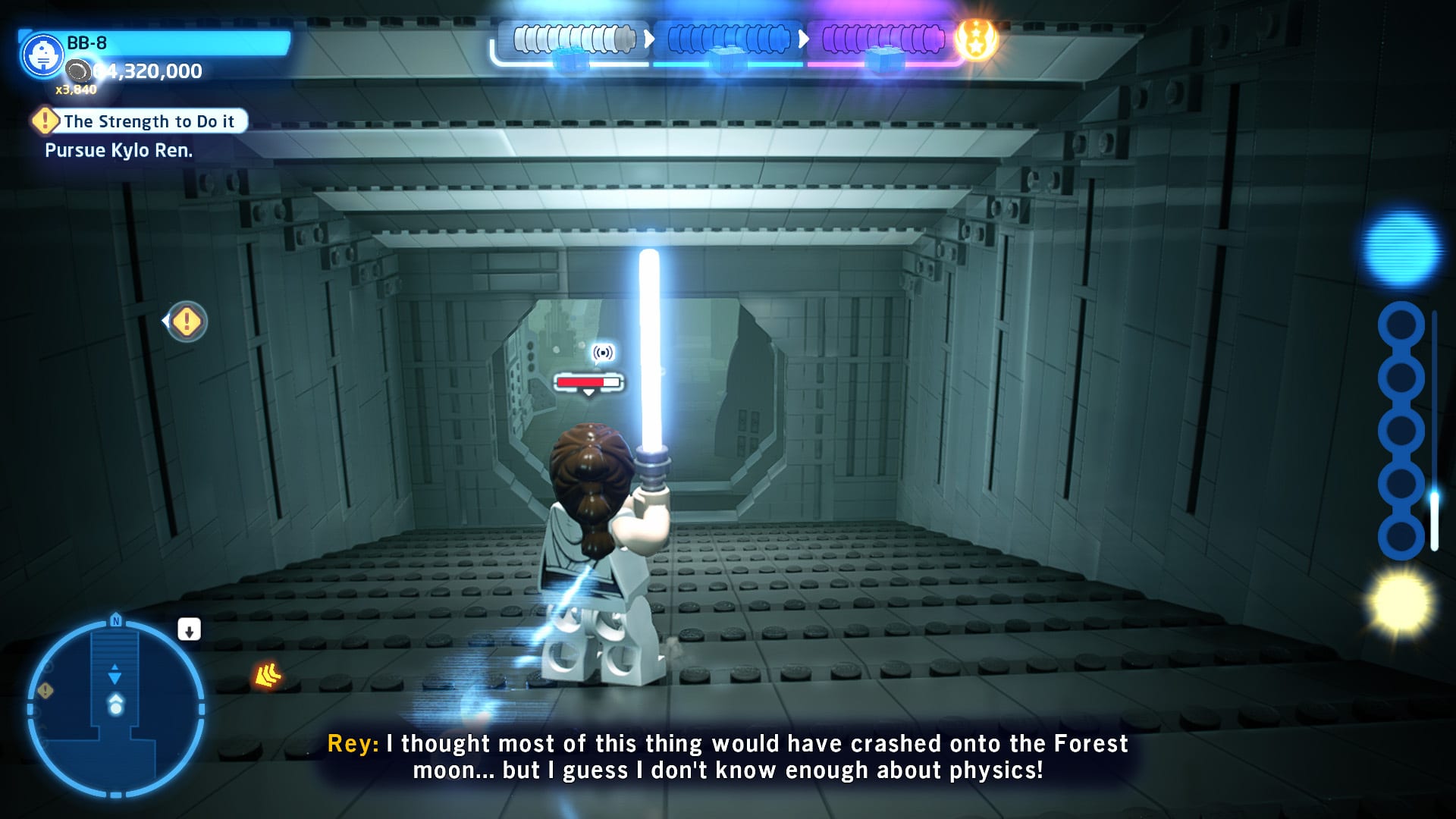 Would Lego Star Wars: The Skywalker Saga still be a good game if Traveller’s Tales hadn’t gone the extra mile? Absolutely. The gameplay has genuine depth. Short of Star Wars: Shadows of the Empire, I can’t think of a game that’s made the Battle of Hoth this entertaining.

The snag is that more than a few directors might object to having their work edited, post-release, for the purposes of translating it to another medium. I honestly can’t believe that Disney let Travellers Tales get away with that physics line, Lego game or not; The Rise of Skywalker director J.J. Abrams might have a thought or two about it as well. But hey, no one said making great art was easy.