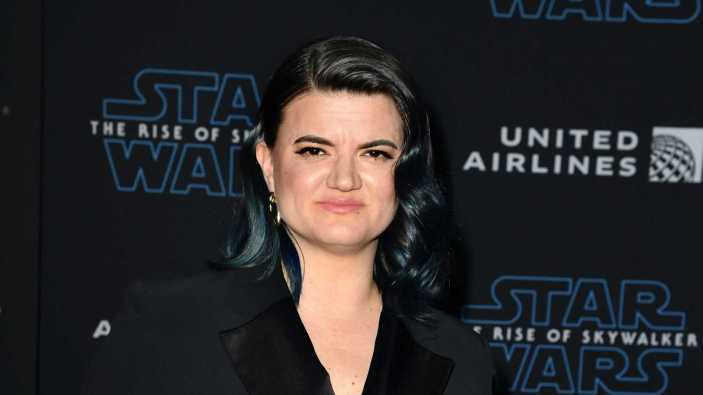 In a time before the entertainment industry was brought to its knees, Disney announced that it was pushing forward with a host of new Star Wars shows for Disney+, including a female-driven series from Russian Doll creator Leslye Headland. Then everything went quiet for a long while because no one was doing anything, but Headland revealed in an interview (via Coming Soon, Collider) new details about the unnamed Star Wars series, including that it will take place during its own time and in a pretty removed corner of the Star Wars universe.

Elsewhere in the discussion, she added, “For me, it’s less about going through the Star Wars universe cinematically or artistically and actually kind of combing through it geographically and literally going on a literal journey. When we were pitching… I had my designer create that Indiana Jones-like ‘and then we go here and then we go here,’ with the little dotted red line like, ‘This is our journey. This is where we’re going.’”

If this all pans out, the Leslye Headland Star Wars series will be something that fans have been screaming for since Disney acquired the franchise: a break from the Skywalker saga. While The Mandalorian has been a great success and praised nearly across the board, its deep roots in the saga are clear, especially this season as more known characters return. Headland’s series seems to want to jump somewhere else entirely and tell a linear kind of adventure story. Given the fact that she mentions a different part of the timeline, it could even jump years before or after the saga or maybe connect to Disney’s High Republic content.

The show is still very early in development, so we’ll be waiting a while until we hear more. But given the divisive way The Rise of Skywalker ended the series, a jump away from anything near that should sound great. Disney, of course, is not abandoning the Star Wars names that defined the brand as both the Obi-Wan Kenobi series and Diego Luna-starring Cassian Andor series are still in production as well.