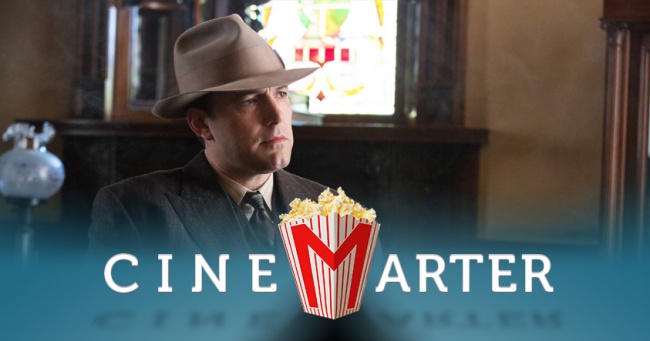 Prior to Live By Night, Ben Affleck has had an almost universally heralded directorial career. Say what you want about him as an actor – and there’s an awful lot to say, I’m sure – but the man is fantastic behind the camera. And even with Live By Night, which will fall on the lower end of the films he’s done – and I liked it! – the problem is not with the direction. No, if Live By Night has problems, they come from the editing department. This is one of the few films that probably needed to be longer than it is, and you can tell it was significantly chopped down while watching it.

Live By Night is a gangster movie set in the late ’20s and early ’30s, following a WWI veteran named Joe Coughlin (Affleck). The movie begins in Boston, showcasing how Joe became a crook upon returning from the war and how he ran afoul of Albert White (Robert Glenister), the boss of an Irish gang. Joe eventually finds himself teaming with the Italian mafia, led by Maso Pescatore (Remo Girone), and heads down to Florida to run the rum business, getting a small cut of the profits – which is still a significant amount of money. 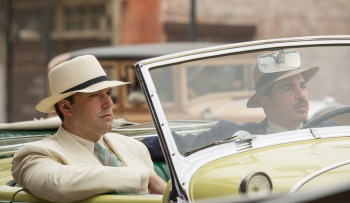 From there, we just watch things play out. He falls in love with a Cuban businessman’s sister, Graciella (Zoe Saldana). He begins to think about opening a casino and going legit. The Irish are still in the picture, although he’s pushing them further toward the borders. The Klu Klan become his enemies for a while. The sheriff’s daughter (Elle Fanning) stands in the way of the casino, preaching about how it’s sinful. At a certain point, you realize that Live By Night probably could have been a 6-episode mini-series with all that’s going on. Many of these points have enough content for a full movie.

So, how did the filmmakers cut it down to a film that’s just over two hours long? Well, they cut out anything that wasn’t essential. Then they added voice-over narration in order to fill in the gaps. Finally, they wept, knowing that the movie that was being released was inferior to their vision. The product that’s been released in theaters does jump from point to point rapidly, feeling more like a “greatest hits” compilation in a few years of this man. Does it still work? I think so, as it’s involving and entertaining from moment to moment, but it also feels like a lot of potential was left on the cutting room floor – never quite coming together like it should.

Live By Night is a good movie that struggles to live up to its potential thanks to a cut-down version of what we can only suspect was, at one point, at least 30 minutes longer.

However, it never gets bad, in large part because of how solid Affleck is behind the camera. Each scene, on its own, is worthwhile. What we’ve got here is a throwback gangster movie – except it’s got 2017 sensibilities when it comes to violence and profanity. As it turns out, that’s a good mix. The film opens and concludes with a lot of bloodshed – the climax takes place in a whole building and has a lot of gangsters with just as many guns. There aren’t a ton of action scenes for most of its running time, but a lot does happen. It just doesn’t have enough time to explore much in full, and that’s disappointing. The same can be said of its themes – like the racial tensions that come from 1930s Florida, or the politics involved in both legal and illegal professions. They’re there, but they’re not very deep or well explored.

Ben Affleck plays the lead role, and he’s good in it. You know, he’s been pretty solid for a while now, and it’s kind of snuck up on us. Sure, he’s still not the best actor in his own movie, but when you hire a cast that contains Zoe Saldana, Brendan Gleeson, Sienna Miller, Elle Fanning, Chris Cooper, and Chris Messina – among many others – you’re going to have to be great to do better. He keeps up, anchoring the film as a charming, but dangerous, man. If he was bad, we wouldn’t be able to invest at all in his character. But even though he does some terrible things, we still wind up rooting for the guy. Or, at least, I did.

While I’m personally going to hope for a longer director’s cut to hit home video – Argo had one, so it’s not out of the question – the theatrical release of Live By Night is a good movie that struggles to live up to its potential thanks to a cut-down version of what we can only suspect was, at one point, at least 30 minutes longer. That doesn’t make it bad, but instead of feeling like a fully realized portrait of this man’s life, it feels instead like a greatest hits compilation. Every scene is good but the film as a whole doesn’t add up to what it should. Still, I’m calling it another win in the directorial career of Ben Affleck.

Bottom Line: A mess that doesn’t live up to its potential, Live By Night is nonetheless an entertaining gangster movie.

Recommendation: I’d wait to see if a longer cut comes out on home video, but if it interests you, the theatrical cut isn’t bad, either.