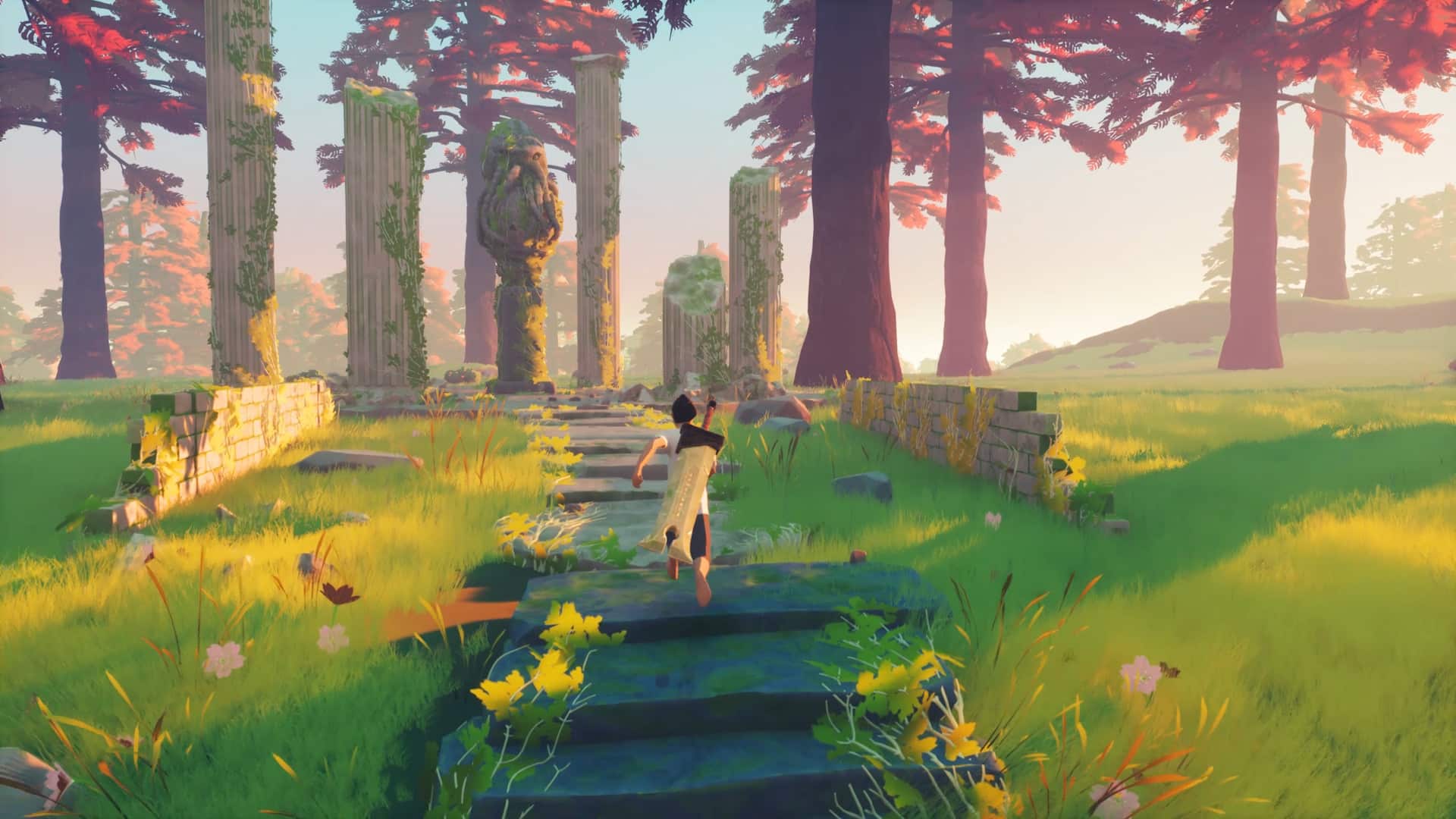 Since the first devlog debuted on YouTube in October last year, Lucen has been making waves with its charming, ethereal tone. The official reveal trailer that dropped last week escalated the excitement, attracting a great deal of attention on Reddit. That video was tailored to attract attention, showing off the gorgeous world, a little bit of gameplay, and just a hint of the mysteries to be found. Exploration beckoned. Lucen is a grand fantasy adventure, but solo developer Kristian Kebbe has infused it with his personal experiences.

“With this story, I’m trying to focus on this idea of having to leave a place of comfort, where you feel safe, and go into the unknown,” Kebbe said. “When I began again thinking more about this when I was leaving my job, it felt a bit relevant to me that it was about leaving my comfort zone and going into the unknown without anyone holding my hand, I guess. Not just in leaving my job but in general in life, that once you go out into the world to work and sort of pave your own way, there’s no one there showing you what to do. I want to evoke that feeling of you’re completely alone and you’ve got to make the best of your circumstances.”

In Lucen, darkness falls over a village, and the eponymous character sets out for the first time in his life to restore the light. The world beyond is unfamiliar and dangerous. The character has to navigate this strange, decayed environment to find the Old Gods, who are “sort of maleficent. You’re not sure what their motivations are because you’ve only heard stories about them.” The character can only guess how they will react to him.

Likewise, beginning development on Lucen was a risk for Kebbe. Armed with hope, an idea, and distaste for the crunch culture of his day job as an FX artist, he quit to try his hand at game development.

“I just got to the point where I decided I wanted to give it a shot doing something on my own because I figured if I’m going to crunch, I want to crunch on my own project. While I’m still relatively young, I want to just give it a shot. If it doesn’t work, I can always go back, but if it does then it’ll be a lot of fun. So, I just decided I’ll take the leap: I’ll give it a year or so and see where I get.”

Some of the ideas behind Lucen were first conceived over a decade ago in what Kebbe imagined as his “dream game.” The concept has naturally evolved since then, as now a core gameplay focus is “light or absence of light” and Lovecraftian “Old Gods” were introduced. But there is nostalgia for Kebbe in returning to an idea who dreamed up so long ago, at a time in his life when games were all new and exciting. It was a way of tapping back into the creativity of childhood after having followed several different artistic avenues during the intervening years.

“I was doing photography for a while and a little bit of graphic design, just freelance stuff,” said Kebbe. “I hadn’t found my footing in what I wanted to do. I dabbled in 3D on and off as a hobby and it wasn’t until I found film effects that I realized I wanted to focus my energy on learning computer graphics.”

In particular, “the intersection of technical and artistic” elements within visual effects caught his attention, leading him to an online school called CGSpectrum, which enabled him to break into the industry via Method Studios. Between there and Luma Pictures, he had a hand in some big films of recent times, though two in particular stand out in his memory:

“One of my favorites was Christopher Robin,” said Kebbe. “It was the first film I worked on, so it’ll always stick with me. I did a lot of the honey that Winnie the Pooh was stepping on, so when he’s walking down a hallway and he’s got the sticky honey on his feet, I did that — and that shot specifically was the first shot I ever did, so that’ll stick with me a lot. My other favorite project was Spiderman: Far From Home. It was a real logistical nightmare because we had quite a small team, but we had to do this entire sequence where Molten Man had lava and smoke and fire and embers on him in every shot.”

Through those experiences, he gained a wealth of technical skills and knowledge that he has been able to deploy in development of Lucen. Yet even armed with these things, the transition has been difficult.

Press attention from 80 Level helped to elevate Lucen’s profile initially, and Kebbe’s own efforts with his forthright devlogs and open, frequent communication have continued to build a community. However, he acknowledges a struggle in balancing all of that: “Wearing all the hats is quite hard, so doing all the development side of things while also managing the social media and community stuff and making devlogs and covering all of the avenues has been a bit difficult to sort of bounce around while still being productive.”

Since the beginning of 2020, Kebbe’s devlog updates have slowed, with his intention being to better engage his growing fanbase. Ensuring each update is plump with fresh content is one consideration, while holding off from spoiling the debut trailer was another. A third reason was preparation for a Kickstarter campaign, originally targeting a March 29 launch, but it is now postponed so as to not ask people for assistance when they themselves might be struggling in light of the world’s current economic situation.

However, he has not been totally without assistance in adapting to life as an indie developer. German composer Lukas Piel is crafting the score for Lucen, and Kebbe is part of a Facebook group for indies. He is also full of praise for the game development community in and around his local city of Melbourne, Australia. He singles out Mike Blackney (working on Dead Static Drive), Simon Boxer (working on Ring of Pain), Craig Ritchie (working on Broken Roads), and Meredith Hall (from state government body Film Victoria) for their advice with development, marketing, networking, and more. Their support has enabled Kebbe to better navigate his interactions with prospective publishers for Lucen as well.

Kebbe is aiming to have a demo ready by June, with a possible public showing at PAX Australia in late 2020 and a planned release late next year. 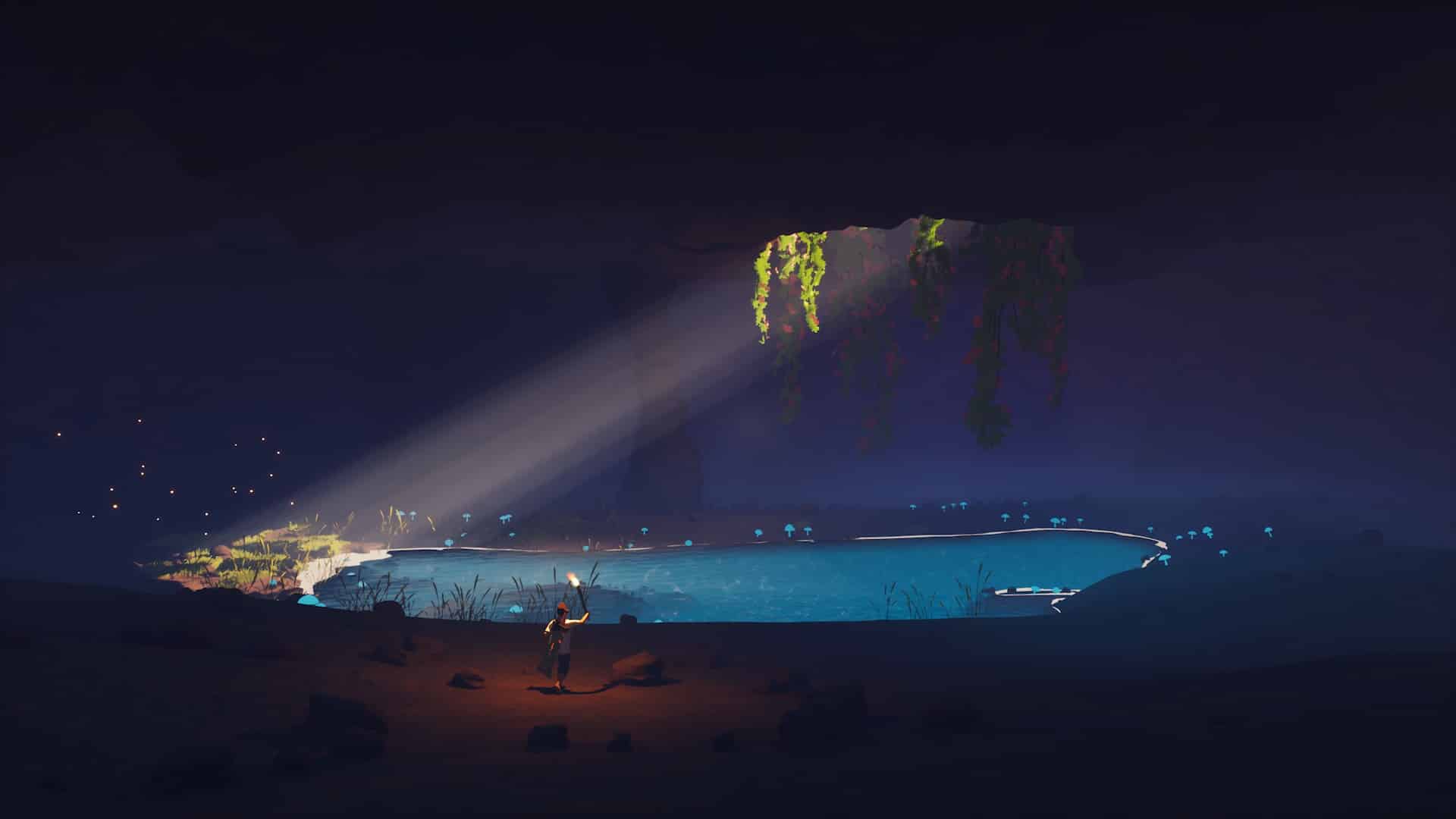 At the moment, development continues for Kebbe as he adds flesh to the bones of Lucen. Fans are already enraptured with the idea of exploring the gorgeous world he has created, but Kebbe emphasizes that any wandering will be at the player’s discretion.

He has not yet decided on the inclusion of sidequests, saying instead that in the open world, “You’ll be exploring and finding some bosses and learning more about the lore of the environment and also finding these light orbs that will further augment your abilities with elemental effects.” Those abilities refer to both combat and exploration, and he provides some examples: “The way they augment your abilities is things like creating environmental effects, like a vortex as you’re fighting enemies that sucks them in, or arcing electricity between nearby enemies, or even using an earth augmentation to destroy vines that are blocking a path.”

However, light is always the focus of Kebbe’s development decisions: “Light is a theme that plays through everything in the game, in terms of the story with Lucen’s village becoming shrouded in darkness and having to go and ask the Old Gods to restore light to it. I thought that because it’s such a big theme in the game that it should also affect the gameplay and be a part of the gameplay as well.”

All the same, story will be the main focus: “The narrative itself is quite linear and driven by Lucen and his actions. So, he leaves the village knowing that he has to go to the Old Gods, and each successive quest will prompt you in the direction that you need to keep going.”

Kebbe will likewise keep going, toiling away on the game while navigating his new life as the creative mind behind an adventure that rivals Breath of the Wild in its sheer beauty. 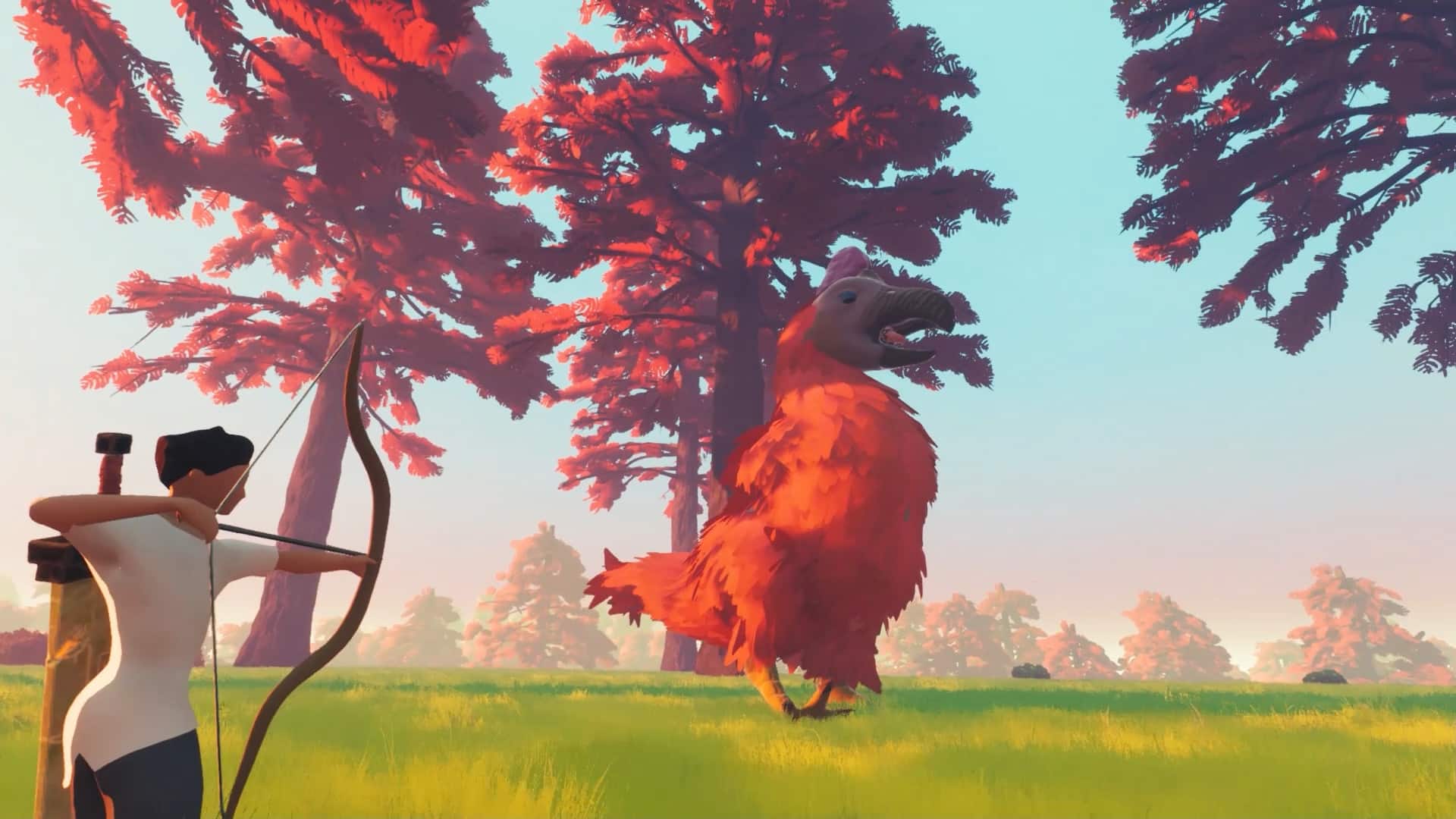