The earliest histories of the Mandalorians actually stretch back far to when the planet-wide city of Coruscant was more like the world of Warcraft. In the original legends, the Taung — a species of tall, gray simians with scaly hides — were the progenitors of the Mandalorian tradition. They were in constant contest with the native human population for their homeworld, from tribal times up until the space age, finally forced to abandon their birth world by a united human front.

The Taung never forgot this, later allying with the Sith during Kevin J. Anderson and Dario Carrasco’s Tales of the Jedi: The Sith War, with the aim to avenge themselves and reclaim Coruscant or burn it to the ground. This ire towards the human-dominated future of Coruscant, which saw their natural world twisted into a jungle of metal and greed, endured for centuries onward. However, the Taung themselves sadly wouldn’t survive nearly as long. 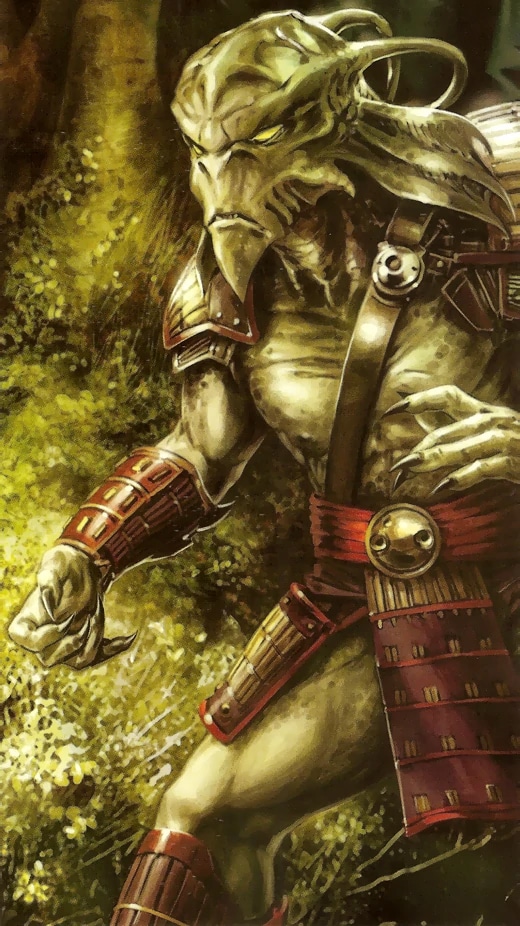 Fans of BioWare’s Knights of the Old Republic might be a tad confused why their Mandalorian companion Canderous Ordo, later Mandalore the Preserver in the game’s sequel, looks so… human, given his ancestors had more in common with dragons and gorillas. Unfortunately the Taung’s worship of battle combined with their exile into a hostile galaxy — the Old Republic not even fully formed by that point — led to their being worn down, until only a few remained. The Mandalorian Wars, where Darth Revan and Darth Malak rose to power, were the last crucible for the Taung, with Mandalore the Ultimate, last Taung to lead Mandalorians, on a warpath to reclaim his people’s home. Yet in that desperation, Mandalore found its future in its first Foundlings — the Neo-Crusaders.

Canderous and many like him weren’t born into the Mandalorian ways, but recruited by the Ultimate’s right hand man, Cassus Fett. Fett was one of the first humans to align himself with the Taung, viewing their cause as righteous and a perfect match for his thirst for challenge. Although an outsider, Cassus swiftly became one of the most fervent among the Mandalorians, and in time, so would countless others from hundreds of species. The Neo-Crusaders would recruit and conscript all those able to fight, forging the planets they conquered to be as strong as the Mandalorians of old. Had they not fallen to Revan and Malak, Cassus Fett’s Neo-Crusaders might’ve birthed a Mandalorian Empire.

Obviously, not everyone was keen on this, but enough found the Way compelling that they became the next generation of Mandalorians. As the Taung continued to fade after Mandalore the Ultimate, Cassus Fett and those like him carried their traditions on, evolving the Mandalorians into a cultural melting pot not unlike real-life Mongolian culture in the 12th century. It didn’t matter anymore who you were or what you believed, with even a team of four Jedi aligning with the Neo-Crusaders in John Jackson Miller’s excellent Knights of the Old Republic: War. 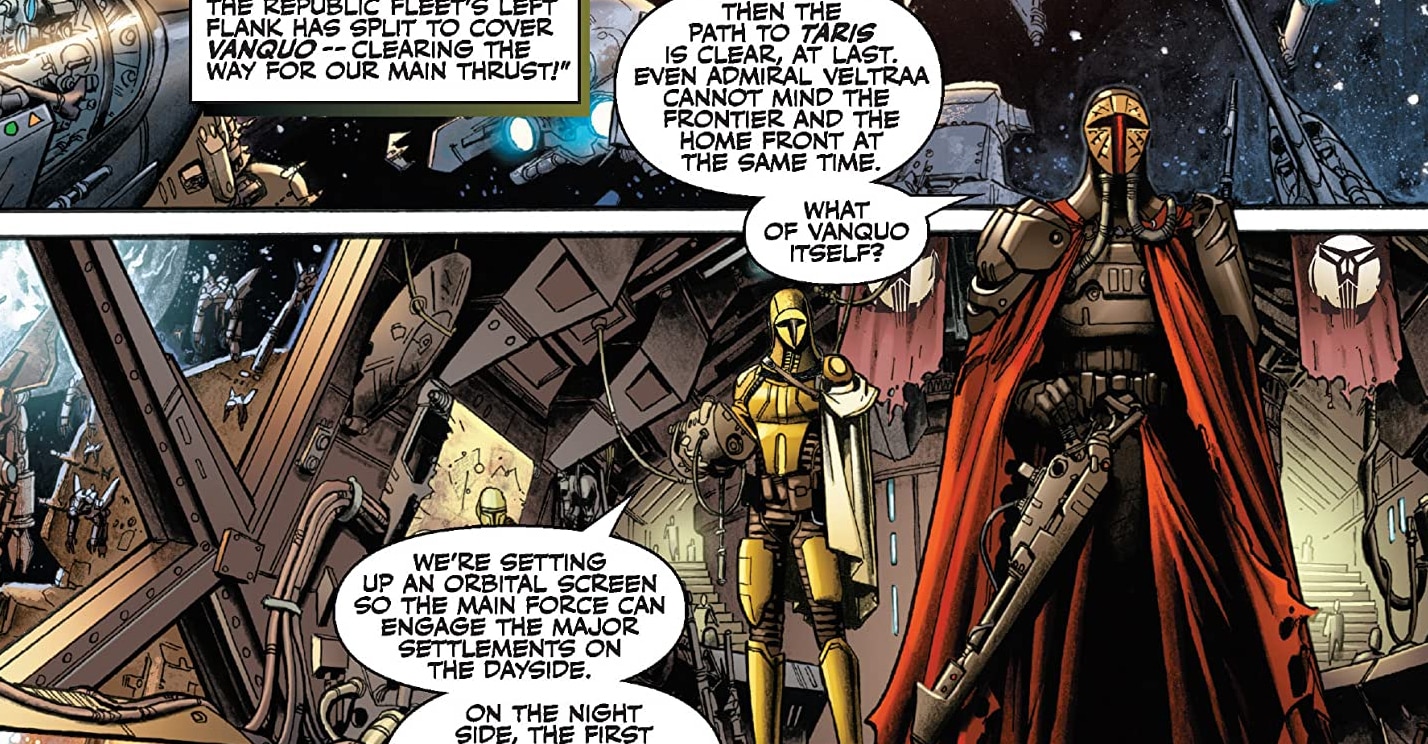 It’s during Miller’s run of the Knights of the Old Republic comics that you can really see the culture flourish, filling in the gaps left by BioWare’s RPGs to establish the fundamentals of who the Mandalorians would later become.They would be the chaotic-neutrals in a conflict, a caustic body of people trying to find their way while driven by honor to avenge their ancestors.

While the Mandalorians would later adopt a new home world, aptly dubbed Mandalore, most Mandalorians would maintain a nomadic life to ensure their survival. With Mandalore the Ultimate slain, it became tradition that whoever could claim his helmet would hold enough sway to become their new leader — as Canderous and many others would, reforging it over centuries to serve their purposes. They were warriors made pariahs by their enemies among the Republic and their own actions, but they would adapt — they would survive.

There’s a spread of smaller stories between this time period and the original Star Wars films, but what solidified The Mandalorian’s modern lore arose during the Clone Wars multimedia project. Well before Dave Filoni’s CGI series, a massive collaborative effort presented the Clone Wars in its entirety across comics, books, games, and more. It was here that Haden Blackman and Karen Traviss would update the iconic warriors for the then-modern Star Wars era.

In Blackman’s Jango Fett: Open Seasons and Star Wars: Bounty Hunter, we see how far the Mandalorians have been scattered. Their latest Manda’lor, Jaster Mereel, was a gun for hire with a code of conduct, not a world conqueror. He had given up on Mandalorians ruling Coruscant again, instead instituting his own Super Commando Codex so that Mandalorians have clear rules for how to earn enough to support themselves and their families. Pushed to the fringes of civilized space, with splinter groups like Deathwatch breaking off from them and engaging in civil wars, they kept holding on. 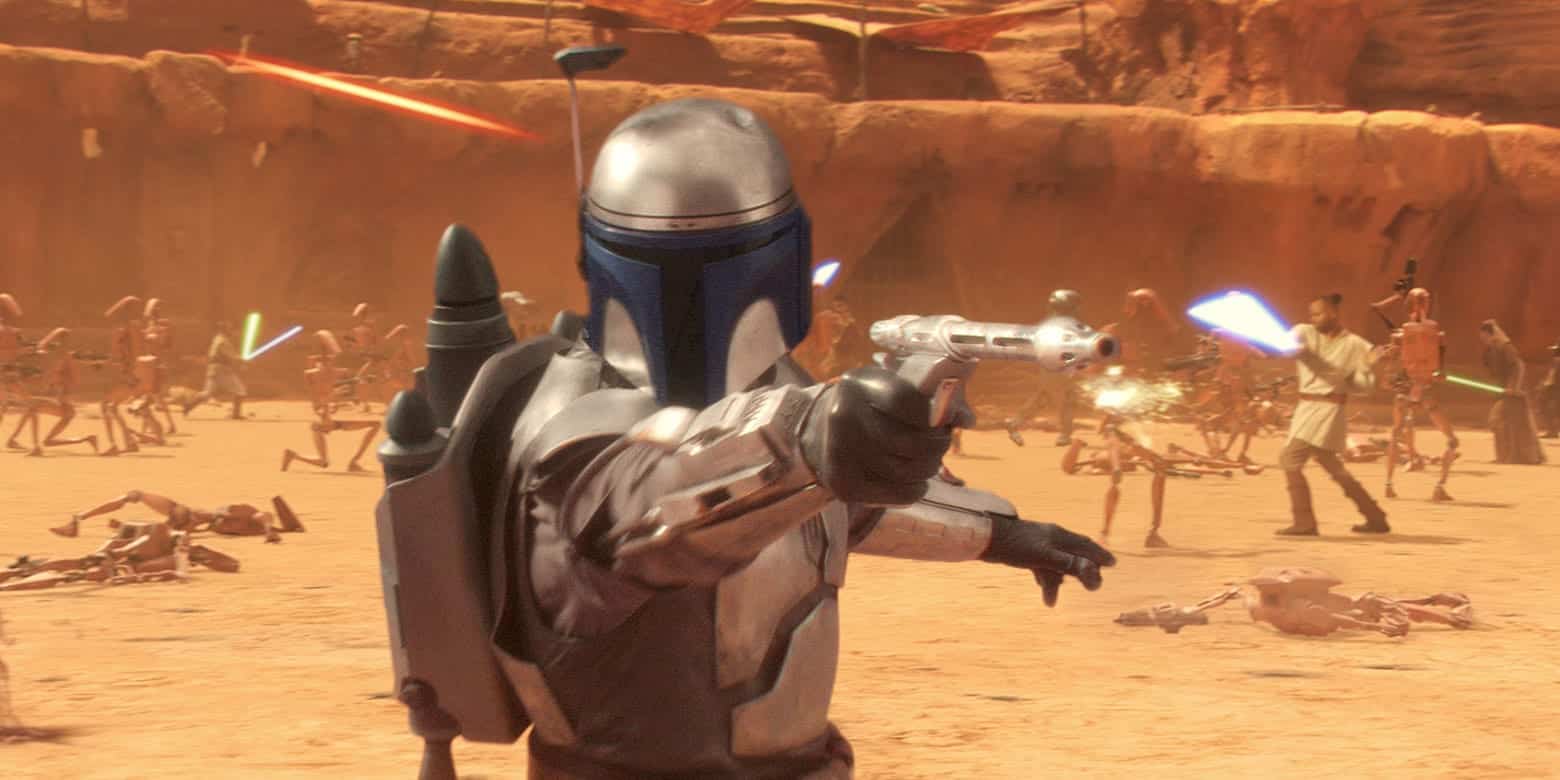 It’s during this time that the Mandalorians evoke the plight of indigenous natives forced onto reservations. Much like the titular Mandalorian, many of this generation of warriors are left to work with whatever they can scrape together. Famous Mandalorian inventions like rideable Basilisk war droids are things of the past, with even Jango Fett having to steal the original Slave-1 during the events of Bounty Hunter after subsisting in a junker ship for some time. This all changes for Jango Fett though, after Jaster’s death. For the first time since the Mandalorian Wars, a Fett is at the forefront of a new galactic war, ironically in service to the Republic.

That’s the twisted irony of the Clone Army of the Republic. After years of Mandalorians being cut down and beaten back by Republican forces, their only hope to stop the Separatist Crisis is to enlist the aid of Fett’s clones and his most trusted allies. In Traviss’ Republic Commando novels, Mandalorians like the famous Kal Skirata help mold the clones to know their people’s history and culture. The nature of Mandalorian beskar steel, their spiritual and oral traditions, and even that they’re a society with equal rights, both in everyday life and marriage — no matter who you love or what you do.

This sense of a generation reclaiming their past reaches to the point that in the Republic Commando game, the main menu plays a battle cry in Mando’a, hearkening back to their origins: One indomitable heart, Brothers all. We, the wrath of Coruscant, Brothers all. Through Traviss’ novels, we see a people, a society, rebuilding from the ashes in the shadow of their enemy. The exiled are unbroken and, in a twisted fashion, have finally come home. 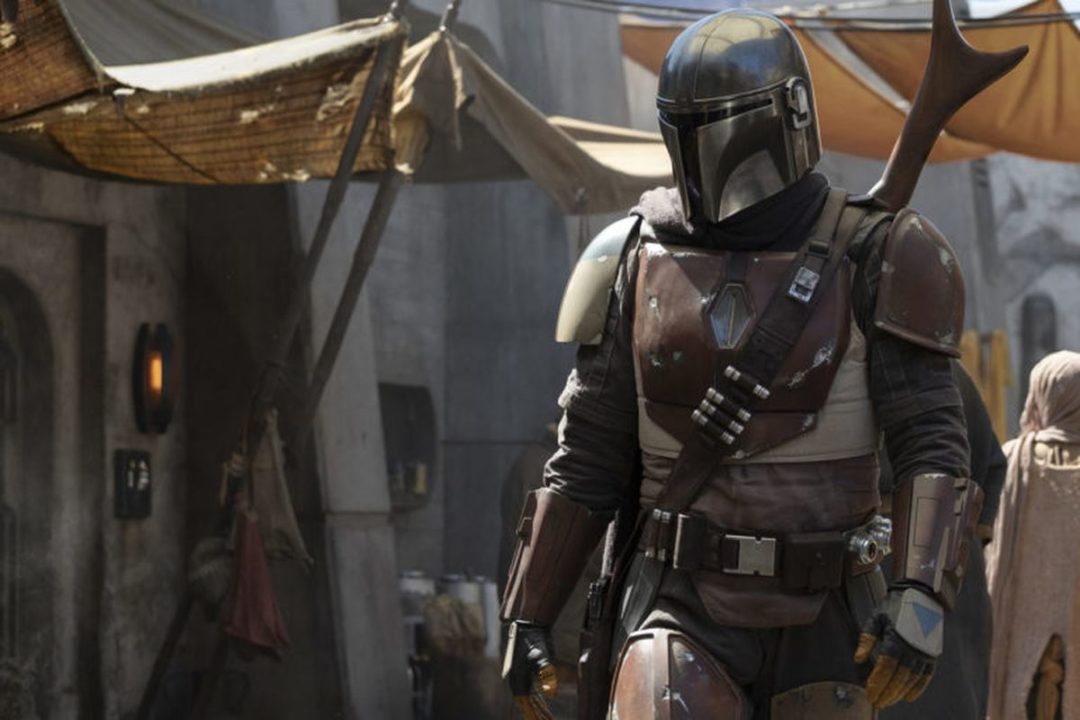 At the same time, you have Mandalorians opposing the Republic, aligning with the Separatists, some in offense at the very idea of their own people, cloned or not, serving the Jedi and the Republic. The final bitter twist, as many know, is that with Order 66, the clones turn on their Jedi commanders at the order of Chancellor Palpatine. After years of struggling to achieve victory, all they really needed was to get their millenia-long foes to let their guard down for one crucial moment. Not just the Sith, but Mandalore, finally has its revenge — yet even then, they are casually tossed aside. Whether Empire or Republic, nothing much changes for the Mandalorians, with Jango Fett’s heir, Boba, vanishing as an errant son for decades while an imposter clone trooper takes his place.

While Boba’s path to villainy has been detailed in two different timelines at this point, the course of the Mandalorians as a people is what Jon Faverau brilliantly taps into with The Mandalorian. At this point in history in the original timeline, the Mandalorians are on the cusp of finally turning a corner, rising to the call as begrudging allies in the war against the Empire, with a future where they can become guardian warriors, not conquerors. With what’s been hinted at with Mando’s coming fight with Moff Gideon and the Imperial Remnant, there’s a very good chance that the same redemption may come about again.

Though much of this rich history, of which I’ve had to abridge a considerable amount, was rendered apocryphal by the Disney buyout, the broad strokes remain. The Mandalorian Wars, the Sith-Mandalorian alliance, Jango Fett’s contentious role in his people’s society, and even the Taung’s influence remains canon. Now is the perfect time for Favreau and company to bring this astonishing story to a whole new generation of Star Wars fans. And for those still waiting, it’s never been easier to follow the Way and discover the great journey the Mandalorians have walked for more than a decade now. Kandosii sa ka’rta, vod Djarin. Arasuum kote.