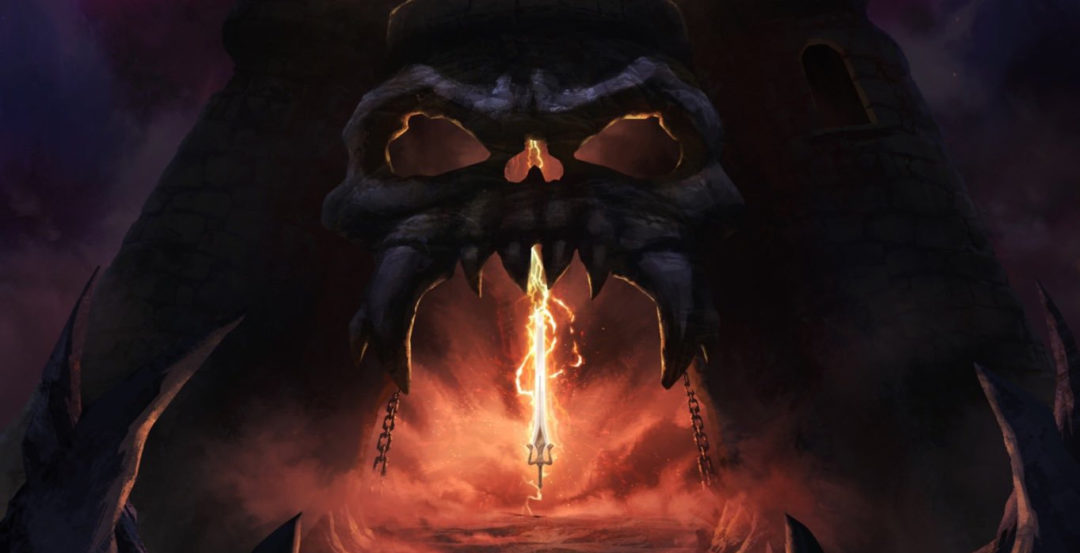 He-Man fans rejoice: Netflix is prepped for a limited series revival with Masters of the Universe: Revelation.

Executive producer and showrunner Kevin Smith (Mall Rats, Jay and Silent Bob) announced the show at Power-Con 2019. Rob David, VP of Mattel Television, will also be an executive producer. The official Masters of the Universe Twitter account has confirmed some details and shared a first image.

Get ready for Masters of the Universe: Revelation, an animated @netflix show from @ThatKevinSmith that will pick up where the 80s show left off! #MOTU pic.twitter.com/enQyRjGDjs

Masters of the Universe: Revelation will be an “anime” continuation of the ‘80s show and pledges to wrap up many of the original show’s loose ends.

Deadline quotes some of Smith’s thoughts and excitement regarding his involvement:

I’m Eternia-ly grateful to Mattel TV and Netflix for entrusting me with not only the secrets of Grayskull, but also their entire Universe. In Revelation, we pick up right where the classic era left off to tell an epic tale of what may be the final battle between He-Man and Skeletor! Brought to life with the most metal character designs Powerhouse Animation can contain in the frame, this is the Masters of the Universe story you always wanted to see as a kid!

Netflix also oversees She-Ra and the Princesses of Power, which takes place in the He-Man universe. Whether or not the two shows will have any connection has yet to be announced.

Additionally, Masters of the Universe is still on track to see a new movie adaptation in March 2021. The live-action film will see To All the Boys I’ve Loved Before star Noah Centineo take on the role of He-Man.

Power-Con served up even more He-Man announcements besides the new anime, such as a new comic series and some bite-sized Masters of the Universe figurines for collectors to get their hands on.

Netflix is currently tight-lipped on Masters of the Universe: Revelation’s release date, so stay tuned.