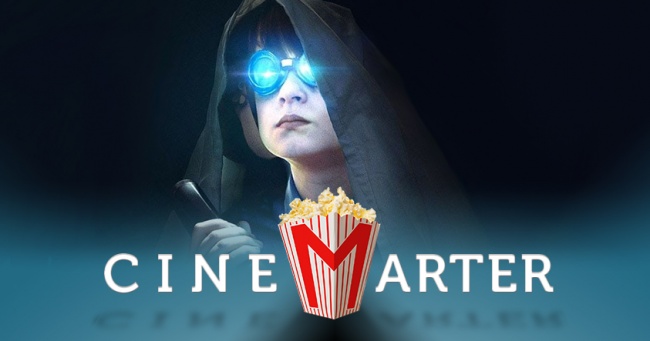 While I lament the fact that I haven’t yet seen Shotgun Stories, the first film directed by Jeff Nichols (those DVD prices, though), I can attest to having seen his next three, the fourth of which is Midnight Special. Having seen those three, I feel at least some degree of confidence in stating that he’s one of the best directors working in America today that employs a deliberate pace. His films don’t get anywhere quickly, but the journey they take you on is absolutely one worth experiencing.

Midnight Special is a film that takes its characters on a physical journey. Roy (Michael Shannon) is taking his son, Alton (Jaeden Lieberher) across part of the United States along with his friend, Lucas (Joel Edgerton). An Amber Alert has been issued for the child, as the FBI – with an investigation led by Paul (Adam Driver) – has desires for the child, too. What’s so special about Alton? Well, he has supernatural powers. He can shoot beams of light from his eyes, he can interfere with telecommunications, and probably a couple of other things. Those light beams can communicate ideas with other individuals, and it’s the belief of Roy and Lucas that if Alton is not in a certain location by a specific date, the world will end. 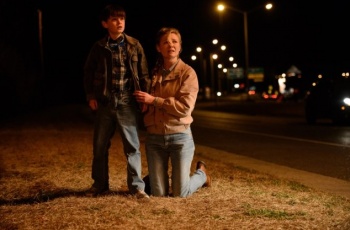 So, what we’ve got here is a sci-fi chase movie, one which takes its sweet time to get anywhere, has mysteries that it doesn’t want to answer anytime soon, and will bore those looking for a heart-pounding wall-to-wall actioner. That’s not the type of movie that Nichols makes. He wants his characters to creep slowly through the darkness, staying as hidden as possible and revealing information to the audience at a speed that would rival an IV drip. None of that is a problem as long as you know what you’re getting into at the start.

Here are some of the things that Midnight Special gives you to think about. Alton was born into a religious cult. He has supernatural powers. Whom do you think they think he is? Why is the government so interested in an eight-year-old? Alton gets weaker as the days go by; is risking the child’s life worth potentially saving mankind? Is it worth potentially killing others in order to get the child to that location – even without proof that it’ll do anything for you? Midnight Special gives you a lot to think about as it’s playing, and it doesn’t necessarily wrap everything up in a nice bow for you after the credits begin to roll. Some might find that frustrating, while others will say it’s refreshing. Either way, it’s a tough balance to pull off.

Midnight Special is a very solid sci-fi chase movie with a very emotional core and mysteries galore to keep your interest levels high.

An even tougher balance might be the blend of reality and magic, something that Nichols has toyed with in earlier films but here goes all the way into fantasy with Alton and his powers. It requires a big dose of suspension of disbelief – especially as we progress through the story and certain questions about Alton begin to be answered. The idea, I suppose, is to draw in those audience members who wouldn’t have seen Take Shelter or Mud, but also attempt to keep Nichols’ previously established fanbase. After all, this is the first studio film for the director. I don’t think it’s too hard to buy into the premise, and it should be accessible enough for most people to get into the movie.

The acting in Midnight Special, at least for me, is the main reason to see it – and I say that as someone who’s almost always against child actors. Michael Shannon is fantastic as a father on a quest to maybe save the world, but also spend a few remaining days with his son. Joel Edgerton as a sympathetic, but not altruistic, friend is great. Jaeden Lieberher is probably best known as the kid in St. Vincent, where he was fine, and here he’s even better as the supernaturally powered Alton. Adam Driver, Kirsten Dunst, and Sam Shepard round out a pretty solid cast.

Midnight Special is a very good sci-fi chase movie with a very emotional core and mysteries galore to keep your interest levels high. It’s deliberately paced, slowly unveiling itself as the characters get closer to their destination, but it keeps you guessing and thinking for the entirety of its running time. Michael Shannon, Joel Edgerton, and Jaeden Lieberher are all great, the balance between realism and fantasy is a success, and while it doesn’t explain absolutely everything, it doesn’t need to. Some things are better left unsaid.

Recommendation: Midnight Special is worth seeing, either on the big screen or once it gets a home video release.