Nothing in this world comes without assumed obligations. For a columnist, this usually involves newsworthy occurrences in one’s focal field needing to be commented upon. For a film columnist, this means that whatever else one wants to write about must frequently be regarded secondarily to film-industry goings-on too newsworthy to ignore.

So, then, here are my two cents on the matter of Roman Polanski.

Now, this particular story, being over two weeks old (and the “case” attendant to it being over 30 years old), I’m given to believe that no one needs any lengthy re-statement of the who’s and the what’s at play here – and if you do, Google is but a few clicks away. Suffice it to say; Roman Polanski is a film director of substantial reputation who, in 1977, plead guilty to “unlawful sexual intercourse” with a 13 year-old girl. Allegedly, upon learning that the judge had decided to renege on a plea agreement and instead render a much harsher penalty, Polanski fled the U.S. for France (which has no legal obligation to extradite him back to America) to avoid sentencing. He remained there for 32 years, during which time he began a family and continued to direct films, winning a Best Director Oscar for “The Pianist” in 2002.

In 2008, his fugitive status once again re-entered headlines with the release of “Wanted & Desired,” a documentary that alleged misconduct and corruption by the judge and prosecutors at his original trial. On September 26 of this year, he attempted to enter Switzerland to accept a Lifetime Achievement award at the Zurich film festival, where he was arrested by Swiss police and is now awaiting extradition back to the United States.

Thus, on its face, what presents itself is a fairly unremarkable study in the peculiarities of prosecuting law across international borders. Polanski himself, of course, doesn’t wish to be imprisoned. The now-grown victim of the original incident says she has “forgiven” him and does not want that, either. Many of his friends, colleagues and fellow filmmakers have circulated petitions calling either for leniency or outright release. The Los Angeles prosecutors, unsurprisingly, disagree.

For those keeping track, that takes care of the only people whose opinions actually matter in this circumstance. Of course, that doesn’t mean that everybody else doesn’t get to chime in anyway. And that’s the problem with incidents like this – or, rather, the way our culture reacts to them: It almost immediately stops being about the actual people or the actual case and instead becomes about using them to fight “culture war” skirmishes by-proxy – especially when the criminal is famous and the crime is sexual.

In particular, the event was mana from heaven for American social conservative opinion-makers, who instantly seized on how perfectly the situation fit into their favorite rabble-rousing narrative: The clash between the “real” America (read: the people who agree with them) and the imaginary cabal of eeeeevil homosexuals, non-Christians and “liberals” who supposedly control Hollywood and The Media.

It couldn’t line up better for these folks: Showbiz Babylon defending a sex-crime fugitive. And since Polanski is wealthy and European, there’s a built-in undercurrent of class warfare: The Decadent Rich versus The Pious Peasantry, Secular Europe versus Moral America. Best of all, aside from the long-ago blockbusters “Chinatown” and “Rosemary’s Baby,” most of Polanski’s films are of the “artsy” type folks inclined this way tend to dislike to begin with, meaning less need for anyone to deal with seeing something they liked cast in a different light. (By the same token, most people who say they avoid Woody Allen movies “because of Soon-Yi” never liked his movies to begin with.)

Of course, no one has argued that the man isn’t guilty or that his crime was not heinous. At worst, his family and colleagues have offered that, to them, his friendship and contributions to art and culture mitigate the deeds of his past to varying degrees. But then, facts seldom get in the way of a good narrative.

As predictable as the right seizing on the story for cheap political points was the left diving in for the mirror-mirror version of the same – “the enemy of my enemy” and all that. The Huffington Post had at least two day-one Polanski articles up, not so much in defense of the man, but rather in pre-emptive offense against “the other side.” Ironically, this led to a mini-revolt among the site’s readers, many of whom agreed with “the enemy” in at least this one case. Hyperbole began to fight hyperbole: Raging against the anti-Hollywood moralists, producer Harvey Weinstein sounded like a live-action “South Park” routine when he retorted that “Hollywood has the best moral compass!”, while declaring “I didn’t sign the Polanski petitions!” became a badge of honor for celebrities and film industry folks angling for a heartland audience.

It’s all so cynical and tiresome. If there must be a battleground for such things… Why this man? Why this case? 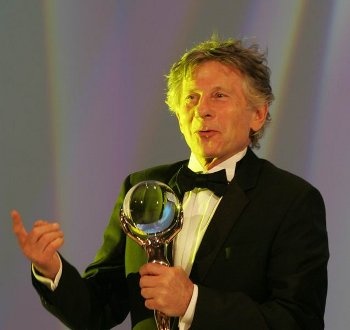 At least in part, I think that Polanski fascinates because his existence stands as an open challenge to our neatly-composed sense of good and evil. To put it mildly, he’s the survivor of a life filled with horrors: His wife was murdered by the Manson Family, and he, himself, survived the Holocaust as a child. Such people are “supposed” to be poignant and humble, allowing the rest of us to feel emboldened by our ability to feel sympathy for them. They aren’t supposed to be jet-setters flaunting societal norms of morality and law. Men who commit the crime he plead guilty to are “supposed” to be sleazy creeps, their sub-humanism allowing the rest of us to feel comfortably separate from them. They aren’t supposed to be charismatic and greatly-talented artists.

This, I offer, is why the reaction runs to such extremes: “ABSOLUTION!,” cries one side; “OFF WITH HIS HEAD!,” cries the other. Make him a hero, make him a devil, make him anything that doesn’t force us to confront the duality of human nature.

But, damn it, enough is enough. These aren’t just game-pieces to be moved around in a proxy-war of political point-scoring. They’re people. Roman Polanski is a man. A man who has a family, who has suffered greatly, who has made great art, and who has also committed a terrible crime. There is also a woman, whose life was changed forever by his terrible crime. And there are Prosecutors, who’re still charged with seeing the case resolved one way or another. Those are the facts, these are the people actually affected, and everybody else at this point really ought to shut the fuck up about it. And that includes me, I don’t intend to write any more columns about this unless something hugely important occurs.

We forget, I think, that even when they involve famous people, crimes and trials aren’t movies, they aren’t big-scale morality plays staged for our enjoyment, and the players aren’t humanized stand-ins for broad social issues. The Polanski kerfuffle should not be about some imaginary war between Hollywood and Family Values, just like the O.J. Trial should never have been about the American racial divide.

For my part, I think it’s right and proper that he is brought back to the U.S. to face some form of sentencing: The law is the law. That said, I also think it’s right and proper for the sentence to be lenient under the circumstances – i.e. the original trial being fraught with corruption, the victim not wanting to participate in a new trial and the fact that the man is in his seventies and has 32 years of public life showing him not to be a further danger to anyone. But either way, one thing I’m sure of is that no matter how many people want to lay claim to this whole mess, no outcome will be a victory for any side of any battle, save the battle between Polanski and the prosecutors or, perhaps, his own demons.

I would ask, though, for the folks who want him to receive a much harsher treatment to consider the following: Having this turn in the story occur so late in his life means for sure – if there was ever much doubt – that Polanski’s crime will be just as immortal as his art; that no matter how many more great films he makes, everything written about him from now until his obituary and beyond will carry some mention of what he did in ’77. No one will ever know his name without also knowing his crime. So, then, excepting outright medieval torture… what sentence would you have a judge render that would be more punishing that that?

“Epic” Mickey Mouse Goes Retro in More Ways Than One