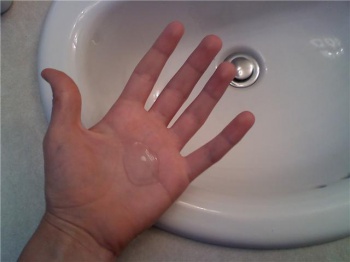 Antibacterial soaps containing triclosan are being banned in Minnesota, and other states may follow.

Roughly 75 percent of antibacterial soaps and body washes sold in the U.S. include a chemical called triclosan, and Minnesota is banning all products that contain it as an active ingredient. The ban will only go into effect on Jan. 1, 2017, but Sen. John Marty, one of the ban’s lead sponsors, predicted that most manufacturers will likely phase out triclosan by then. Marty also believes that other states and even the federal government will take action against triclosan, which will apply pressure to manufacturers.

Triclosan, a common antibacterial agent found in many soaps, is absorbed through your skin and enters your bloodstream. The FDA says there is currently no evidence that triclosan provides any extra benefits in soap, and the results of some human and animal studies have given the FDA reason to review the chemical’s effect on humans. In lab animals, triclosan was found to disrupt hormones critical for reproduction and development. For the time being, however, the FDA states that triclosan is not known to be hazardous to humans.