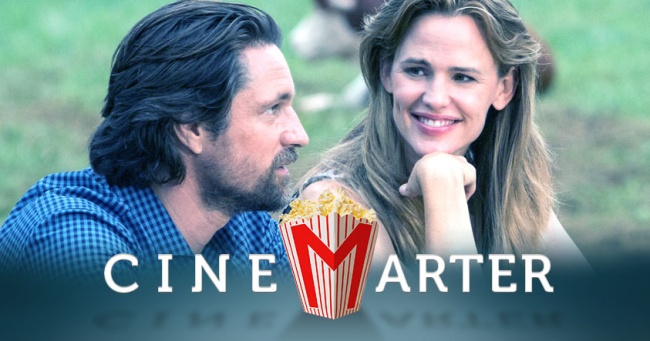 A couple of years ago, a movie called Heaven is for Real was released. It saw a child who had surgery, died for a few minutes, came back to life, claimed he went to heaven and saw God, and then his family preached about that to the world – based on the “real story.” It was horrible for many reasons – the kid who played the lead was awful, it was unbelievably preachy, and it lacked almost any semblance of conflict, among other things. Now, two years later, we’ve got Miracles from Heaven, which tells more or less the same story, but only in its final 20 minutes.

Based on “real events,” Miracles from Heaven is a film that plays for nearly two hours, and has the first 90 of them focused on watching a child be sick in the hospital. The child is Anna (Kylie Rogers), the middle child of a family led by mother Christy (Jennifer Garner) and father Kevin (Martin Henderson). She comes down with stomach problems and, after a couple of misdiagnoses, it is discovered she has a pseudo-obstruction motility disorder, which means she can’t process food properly. So, she spends most of her time in and out of the hospital, eating through feeding tubes, and having an awful time of it. 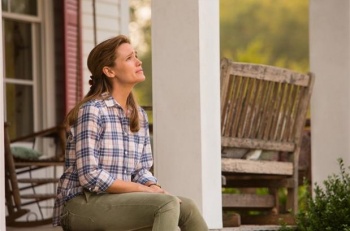 However – and since this is a “true story,” remember, it’s impossible to spoil – one day she falls down a hollowed-out tree, suffers a near-death experience, and wakes up to find her disorder cured. Oh, and she talked to God, who told her she’d be fine – something she just kind of mentions randomly, like it’s an afterthought. You know all of this if you watch the trailer, by the way, because it gives you almost literally the entire movie, except it shortens the “kid is sick” portion – at least 75% of the film – down to about a minute. The only thing you miss is an oddball fantasy scene that rivals the one in The 33, which is funny because Miracles from Heaven has been directed by Patricia Riggen, who was also behind The 33.

Miracles from Heaven is a better movie than Heaven is for Real. Watching a family deal with a perpetually sick child – and the ramifications thereof – is somewhat intriguing, even if it goes on for far too long. We have to see them struggle financially, have a crisis of faith, and even deal with some hostile members of their church who provide some Class A victim blaming. And since the majority of the movie focuses on this, it’s not all overwhelmingly bad. It even has decent production values!

Miracles from Heaven is a largely dull movie that winds up having questionable takeaways, dropped subplots, sloppy editing, mediocre-to-bad acting, and a skeptical “true” story that one can tell in just a couple of minutes.

However – and you knew a “however” was coming – it has more than a few problems of its own, and some takeaways that just don’t sit quite right. First off, it’s not an overwhelmingly preachy film for most of its running time, but when it does get preachy, it claims that (1) everything is a miracle, and (2) believing in God is an inevitability. It kills the sick child of a non-believer, while saving the one from a believer, and then the father of the kid who died instantly believes the family’s story and is now, himself, a believer – and his change of faith means that there’s no way that anyone should question this story. Seriously, that’s how they shut down anyone’s skepticism in the film.

But fine. It’s from Affirm Films, and we know what agenda it’s going to have going in. It has other issues, like how a couple of subplots go unresolved. A friendship between Anna and a boy at school never gets much time to develop, while the dire financial straits that the family put themselves in, which is a driving force of conflict for the two adults throughout the film just kind of disappears as soon as Anna’s better. There are also some tonal and temporal shifts that happen so suddenly that we can only wonder if relatively large portions of the film were cut at the last minute and the filmmakers decided we’d just figure out that days passed from one scene to the next, or come up with reasons why a character’s happy in one scene and belligerent in the next.

The acting also ranges from mediocre to bad. Kylie Rogers is conservatively a trillion times better than Connor Corum was in Heaven is for Real, but she still doesn’t do anything that could be considered good acting. Jennifer Garner is passable-at-best as the mother, while Martin Henderson is likable but little more as the father. Supporting performances from Queen Latifah, Eugenio Derbez, John Carroll Lynch wind up much like Henderson’s: likable, but emotionally flat.

Here’s what you should do: Watch the trailer for Miracles from Heaven – it tells you the entire story – and then decide if you want to see more of that, but with a significantly longer portion dedicated to a sick child, as well as a bunch of preachy scenes. Most people probably won’t, but if you’re among them, have at it. Nothing I say would change your mind anyway. For the rest of you, you’re avoiding a largely dull movie that winds up having questionable takeaways, dropped subplots, sloppy editing, mediocre-to-bad acting, and a skeptical “true” story that one can tell in just a couple of minutes.

Recommendation: Just watch the trailer. Or, even better: don’t even think about this movie again.