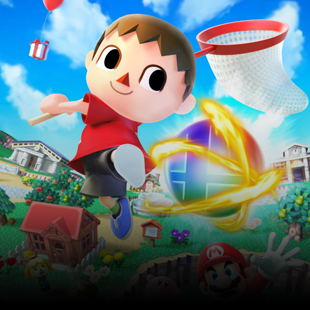 Like many mornings in the idyllic village of Oofas, the mayor emerges from his house sometime mid-morning, closing his door delicately behind him. He then chats warmly with the villagers, asking about their days while watering the flowers around their homes, and in the main thoroughfares. The greenery gleams under the fresh watering, and the mayor completes his circuit of the village, having built friendships, maintained the beautiful greenery, and picked up lingering bits of trash in the meantime.

By all respects, the mayor seems to be the very image of a concerned and capable leader. He cares for his people, his upkeep of the village is a testament to his focus, and he maintains bonds with the dutiful dedication ascribed to all great leaders. Though there is a hidden aspect of insidiousness buried under the whole production, because behind the affable friendliness of the mayor is the brusque and goal-oriented soul of a gamer.

Games are, at their core, about overcoming challenges and conflicts. Following a game to its conclusion will mean overcoming a number of obstacles, or even conquering them entirely. Long-term players, who’ve experienced game after game and narrative after narrative, have developed a shorthand with games. They undercut obstacles and raze anything between the character and the goal. In Half-Life 2, this is reflected by a body-littered path to the towering Citadel, with the bloodied and dismembered Combine paving the way forward, backed by the soundtrack of death squalls of radio feedback. The Combine are never humanized, nor is Gordon Freeman. He amounts to a mute, genocidal psychopath: crushing skulls and drones alike as he plows onward, backed by the player’s unrelenting drive to succeed. It’s never emphasized that it’s perfectly plausible that players are killing humans as well as alien Combine soldiers.

In Minecraft, the genocide is significantly more distant, but no less alien and hasty. Players will literally flatten a mountain or strip-mine an entire beach in order to gather materials. Nature is there to be used and exploited, materials taken, and landscapes formed and molded to suit a player’s needs. Any monsters that appear nearby will be killed as a matter of course, or hunted for their parts. Cows, chickens, and pigs exist to be captured and bred, cats collared, and wolves hounded with bones. The world only has value to the player as it can be molded to suit their needs. 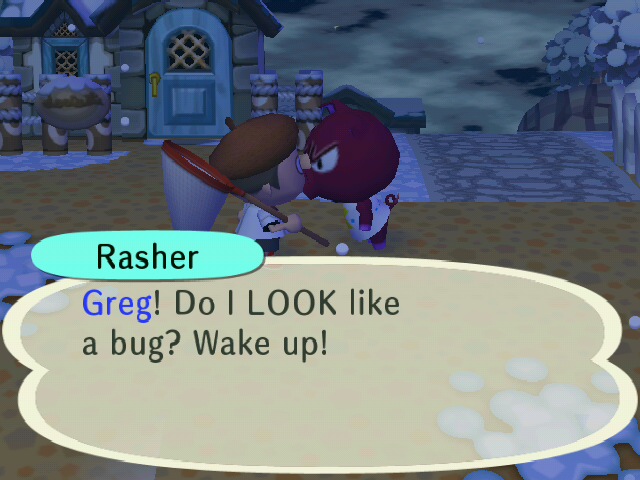 However, in games like Animal Crossing: New Leaf, this translates very differently. There are no real mechanics for destruction or death, nor is there a way to do significant harm. Instead, the player tools are built around creation and exchange, trading one villager for another, or using the limited spaces for new structures in the village. Without a primary, intended tool to “conquer” the obstacles between the player and their preferred end state, the methods players can employ in New Leaf begin to unravel something inherent in the gamer condition. Players aren’t just gaming the mechanics, they’re manipulating artificial intelligence (however limited) and staging circumstances in order to bring their game closer to the village they want. In previous games in the series, the player couldn’t even manipulate which people lived in the village, save for making them feel unwelcome in other ways.

In terms of a game, there’s nothing really harmful about hitting an opponent with a blunt implement until they’re no longer an obstacle. This is true in Half-Life 2, it’s likewise true in Minecraft, but when examined through the bug net in Animal Crossing, it starts to feel different. The player is no longer conquering something neutral, much less negative . In Animal Crossing, the villagers are just people living through their daily life. They’re ambushed outside of their homes, and hammered with a net until they’re unable to cope with the stress. They’ll find every step outside of their house filled with pitfall seeds, causing them to get tangled in the earth when they leave their homes. It’s a miserable, tragic experience for the NPC, but for players who employ these techniques, it’s their most optimal route for getting the villager to leave town, a way to make space for someone more desirable. It’s amazing what tools players can employ when lacking the ability to alter the game state in direct and systematic ways. 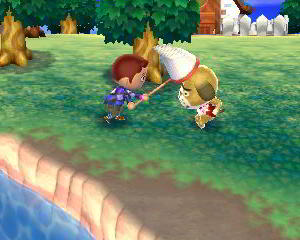 It’s a part of the gamer culture, and one that players may end up unwittingly internalizing. The mayor of the scenic village of Oofas, the dark player who hides nefarious intentions behind bright smiles and colorful flowers, is me. Unwittingly, I found myself flowering plants, making posts on the billboard, and chatting with my villagers just so I could begin civic projects. I chased down villagers for discussion and returned lost items to score brownie points. When I planted fruit trees of all sorts, I did so in order to earn bells, and on days where I had little time to play, I hunted down the daily money rock rather than spending time with the people. My loans were more important than my constituents. I treated my village as my own plaything rather than an actual village, as if there weren’t villagers who had wants of their own. Instead, I spoke to them to make them like me, and then I could start work on the civic projects around the city.

While I didn’t really hurt anyone, I was sad to discover I was playing Animal Crossing: New Leaf like I would any other game; gaming the systems without really acknowledging what the game is actually about to begin with. Unwittingly, I was a part of the very brusque, very contrary, very goal-oriented nature of gaming.

Gaming is special, it’s amazing, and it can accomplish so very much, but it never hurts to be aware of what else it can do, and what sort of habits it can reinforce. Gamers, by reflex, learn the best way to work these systems. However, outside of games, problems aren’t just obstacles or blockades, they’re parts of our lives. The fastest and most efficient solutions aren’t always the best ones, and sometimes gut reactions don’t always steer us the right way. Because if New Leaf taught me anything, it’s that we’re not always aware of what sneaks up on us.

Because the tool we need to watch out for isn’t the bug net in the villainous mayor’s hands, it’s the one holding the controller.

Taylor Hidalgo is a freelance writer, editor, and social enthusiast. His work can be found on several websites, including his own, and his wordy meanderings can be found on Twitter as @NukeLassic.