Last week, I gave you the first 25 entries in the “Fifty Most Boring Opinions in Geek Culture.” Now, here’s the home stretch.

First off, Family Guy has only ever been okay. Secondly, go back and watch those first three seasons outside the context of marathoning this “canceled too soon cult show” in the campus common room with your Freshman year pledge buddies and pay attention to just how bad the animation, voice-acting and overall structure was prior to around the middle of the third season (not to mention how fast Stewie’s big-words/matricide schtick ran out of gas.)

23. Batman is the most relatable superhero because he has no powers.

Smarter people than me have weighed in on the meaning behind so many people “relating” so strongly to this particular character, but let me just note that it says something amusing about our culture that a character enduring through ludicrously impossible trials through magical or science fiction means reads less “real” than a guy whose endurance through the same ludicrously impossible trials is handwaved as “he can afford that.”

22. CGI has ruined the movies.

Protip: If you’re talking about something having “ruined the movies” and your answer isn’t “that a**hole in front of me using his iPad in the theater,” it probably didn’t actually ruin the movies.

Few people are as down on the “grim ‘n’ gritty” era of comics and pop culture in general than I am, but even I’m generally sick of hearing about it even from myself. Yes, a lot of the trendy “dark” books of the era were terrible, and in general the “Dark Age” hasn’t aged as well as previous cycles, but a certain amount of good came out of it in that the (in retrospect) eye-rollingly awful “Rarrgh! We’re big boys now!” preening of the time probably helped sow the seeds of actual mature work later on.

Oh, and speaking of which …

“One More Day” was a bad story, executed badly, as almost all stories that only exist to write a series either out of or into an awkward status-quo are. The only thing that makes OMD special is that it happened at a moment when the visibility/audibility of fandom outrage was higher than it had ever been before. Trust me, if fandom was as well-organized and networked back when DC decided that everything prior to the early-60s happened in another dimension, there would’ve been similar wailing and gnashing of teeth.

Yeah, a little bit. Not so much that you need to still be on about it almost two decades a second revision after the fact, though.

Congratulations! You’ve noticed a recurring stylistic trope of modern moviemaking’s visual sensibilities and are aware of the design and color theory behind it. Now, let’s maybe find something else to constantly put out?

I probably could’ve saved some time in this list by simply saying “Every opinion for, against or even about post-prequels Star Wars is the most boring opinion.”

Okay, this is tough one for me. On the one hand, I understand that the general purpose of the “such-and-such artist doesn’t know what women look like!” ribbing is to draw attention to rampant objectification in the medium, which I support.

But if you actually look at the “charge” from the perspective of actual artistic/aesthetic appraisal it not only often doesn’t hold up, it breaks down in a manner so as to hurt the overall point. For example: Yes, the infamous spine-contorting poses that allow female characters to face their bust and rear toward the “camera” simultaneously are ridiculous, but playing fast and loose with perspective and physicality to achieve the desired visual effect is a Modern Art cornerstone. The intent should be the issue here, not so much the stylistic conceits. 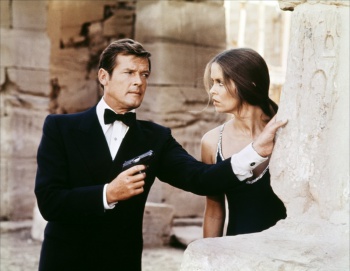 It’s a game, not the SATs. Get over yourself.

12. Mario is a cipher and not a character.

Kinda. Most characters who hail from the very beginning of a given medium tend to be a little light on the nuance. Speaking of something being really old? “Edgy” takedowns of a given medium’s big mascot/headliner. Hey, you wanna “stick it” to Mickey Mouse next? Fight the pow-ah!

11. Too much of modern pop culture is based on nostalgia.

Unquestionably, but it’s hardly a new phenomenon. It only seems worse right now because the nostalgia market and the 18-35 year-old market are right now overlapping for the first time, whereas previously they were segregated by significant margins.

Moore gets a bad rap, mostly because he was A.) always a little too old/not quite appropriate for the role of “bad-ass spy,” and B.) occupying the role when the series really hit its rigidly formulaic point. Also formulaic, though? The reflexive tendency to namecheck Moore as the “worst” while ignoring just how forgettable most of Dalton’s installments were. Honestly, I think the argument can be made that Pierce Brosnan was the worst in some respects.

He probably was, but good lord can we get off it already?

8. Only the even-numbered Star Trek movies are good.

This doesn’t hold up at all – Search for Spock is only lesser in the sense that it had to follow Wrath of Khan.

Yes, fine. But let’s not pretend like Sonic’s catalogue was ever even remotely bad game free. Anyone tried to go back and play through Sonic 3D Blast lately?

Probably. If I had some of Capcom’s fans, I might be inclined to troll them, too.

Y’know what’s ruining gaming, folks? Dicing the audience up into little teams so we can find one or two of them to blame.

I prefer to see foreign-language productions in their original tongue, but “ruins” is a stretch. Especially for games and anime, where the characters weren’t actually speaking to begin with.

3. Manga is superior to Western comics because its stories have endings.

Yes, manga comes to an end instead of going on forever with convoluted continuity. Instead, it starts the same story over and tells it again. And again. That’s much better.

2. That Nicolas Cage sure acts weird in a lot of movies.

There’s actually a lot of interesting things to explore and say about the strange arc of Nicolas Cage’s career and public persona in terms of what it means to be a “movie star” in present-day popular culture. None of those interesting things will be improved by spamming “NotTheBees.gif”.

1. Superman is too powerful to be an interesting character.

Yeah, this gets to land at #1, both because its one of the oldest and because it’s among the most tiresome.

Setting aside the fact that the trials and tribulations of literal gods informs the plots of some of the most celebrated works of human drama, the notion of this particular character being too assured of victory befuddles me given that he exists in a genre wherein the hero being assured victory has generally been part of the appeal since the beginning. Is Superman “always winning” because he’s got alien super-strength really fundamentally different from Batman or Wolverine “always winning” because they’re just so awesome?

So there’s the list. Here’s hoping I don’t wind up having to expand this to 100 sometime down the line (spoiler: I’ll probably have to).