An astronaut on the International Space Station has successfully controlled a LEGO robot using technology designed to be the internet for space exploration. 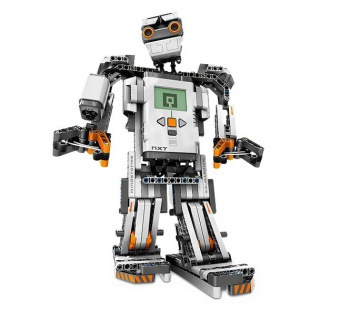 In a test of technology that may one day be used to explore other planets, NASA and the ESA have teamed up using LEGO and NASA’s Disruption Tolerant Networking (DTN) protocol. The protocol is intended as an alternate to the standard internet protocol, TCP-IP. In the future, NASA hopes that the technology can be used to enable internet-like communications between space vehicles and habitats or infrastructure on other planets. An astronaut on the International Space Station remotely controlled a LEGO robot in Germany while receiving images and data from the robot, all on a NASA developed laptop. NASA hopes that the demonstration shows how, according to a NASA employee, “The experimental DTN we’ve tested from the space station may one day be used by humans on a spacecraft in orbit around Mars to operate robots on the surface, or from Earth using orbiting satellites as relay stations.”

The principal problem with controlling a robot from orbit is all of the interruptions, since the standard internet protocol wants a complete path from one end to the other. DTN, however, is designed for a situation where the information cannot reach the target continuously – like space, where the vast distances make communication less than instant and reliable. NASA describes the data as moving “hop-by-hop” as the various links in the network become available. NASA’s Space Communication and Navigation (SCaN) program coordinated the effort as part of their mission in support of other agency missions.