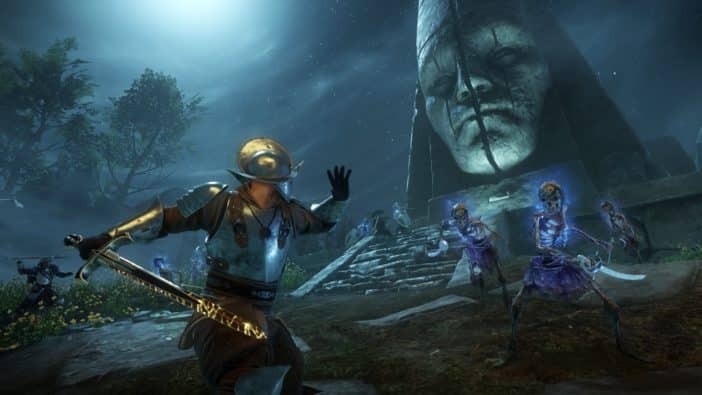 In a new blog post, Amazon Game Studios has announced that its MMORPG, New World, has been delayed until Aug. 31. It was originally set to launch this spring, but the delay will allow the studio to add in endgame features and content at launch.

“We’ve been hard at work on compelling end-game features we believe are important to include at launch,” stated the studio in the post. “These features won’t be ready for the (spring) timeframe that we had communicated. With this extra time we’ll be able to add these substantial improvements while polishing and fine(-)tuning the whole game before we open Aeternum’s shores to the world.”

Please watch this video from the Development Team regarding the launch date for New World.

Despite the delay, Amazon’s New World alpha will continue in the following months, and it will expand to Europe when the servers go live on March 30. The closed beta will start on July 20, and those who’ve already preordered New World will have access to it.

The closed beta will have a variety of new features and content such as the endgame area Ebonscale Reach. There are also five-player Expeditions to discover the darkest secrets in Aeternum with challenging battles, as well as Outpost Rush, which are 20v20 battles where both teams wrestle to take control of strongholds in “a primordial river basin.”

Hopefully the delay will do New World good and allow the game to become a success for Amazon Game Studios, as the company shut down its previous game, Crucible, back in November.