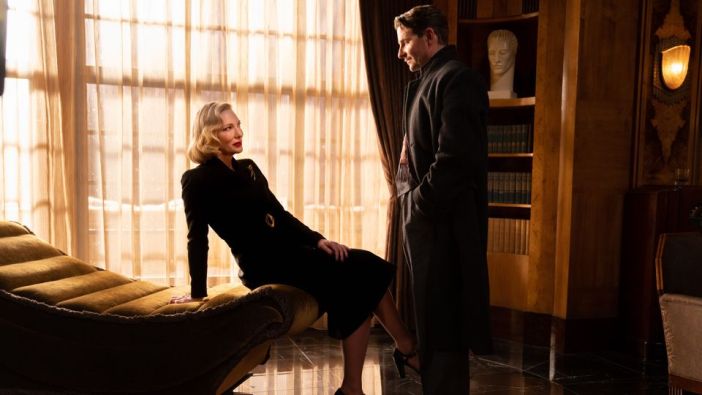 Guillermo del Toro looks to be delivering something special or at least especially disturbing with the final, official trailer for his upcoming film Nightmare Alley. It gives little away in terms of plot but sets a tone of absolute fear and horror for the psychological thriller.

As the official Nightmare Alley trailer highlights, Bradley Cooper stars as carny and conman Stanton Carlisle. He’s down on his luck until he meets a clairvoyant named Zeena (Toni Collette) and her mentalist husband Pete (David Strathairn) at a carnival. Stealing their technique, he begins conning wealthy New Yorkers of their money alongside Molly (Rooney Mara), who is a little too virtuous for this kind of work. However, when he decides to go for the big con, things begin falling apart, especially when he enlists the help of a mysterious psychologist (Cate Blanchett).

The movie looks like another tour-de-force for the Academy Award-winning director and a return to Guillermo del Toro’s adult horror roots, after leaving them behind (not too far) for a bit. He also wrote the screenplay alongside Kim Morgan (his wife, apparently), which is based on a novel by William Lindsay Gresham. Just how it will all play out is incredibly unclear from the official trailer, but what isn’t is that Nightmare Alley has all the visual sumptuousness that we’ve come to expect from the director, especially in his more psychological films. There’s definitely something unique to his style when he’s making films like this versus blockbusters like Pacific Rim, though he attacks both genres with gusto.

Nightmare Alley will land in theaters on December 17.