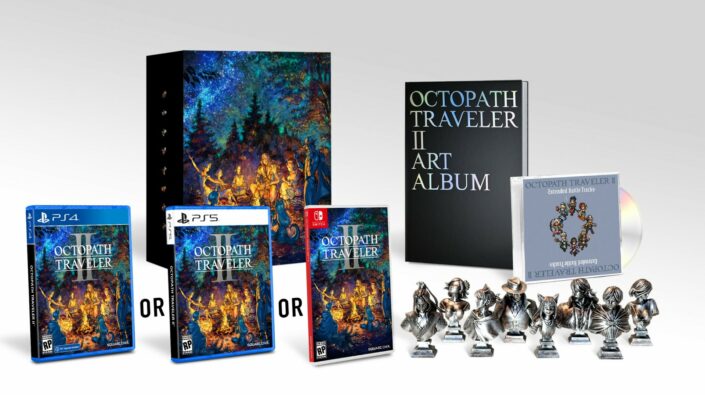 The Octopath Traveler II Collector’s Edition comes with the game in its standard box, a 44-page size-B5 hardcover art album, an “Extended Battle Tracks” mini OST, and a set of eight gorgeous bust figures depicting the game’s eight protagonists. There is also a background in which to place the bust figures that depicts a map of the continent of Solistia. Here are some additional details about the mini OST:

The #OctopathTraveler2 physical collector's edition is available to pre-order for Nintendo Switch, PS5 and PS4.

Across Switch, PS4, and PS5, the Octopath Traveler II Collector’s Edition costs $179.99, so this product is essentially for super fans. However, Square Enix sometimes does not release its awesome collector’s editions in the West at all, as was the case with Live A Live, so it’s terrific that we have that option.

For more recent Square Enix announcements, check out the release date trailer for the Crisis Core remaster and the bevy of other announcements the company made at the recent Nintendo Direct.