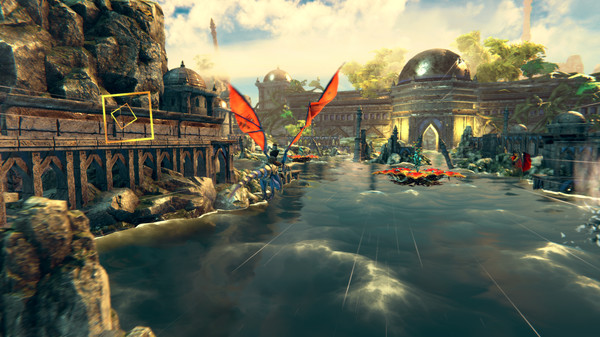 The recently announced Panzer Dragoon: Remake is coming to PC via Steam.

This remake of the original 1995 title was previously only confirmed for Nintendo Switch after it was displayed during Nintendo’s E3 2019 Direct presentation. Now that the game has its own Steam page, PC gamers have clear reason to celebrate.

In addition to a Steam release, the official Panzer Dragoon: Remake Twitter account announced that the game will be receiving a physical release. What the physical release will look like, whether it will apply to the PC version, and when it will hit store shelves have yet to be revealed.

Panzer Dragoon: Remake is aimed to be more “true to the original” than a ground-up redesign. This new version of the game will feature improvements across the board, including better graphics, audio, and controls in order to “suit modern gaming standards.”

The remake for Panzer Dragoon II Zwei has seen hardly any updates, so there is no telling whether the sequel will also be coming to PC. It seems likely though.

Panzer Dragoon: Remake is still slated for a winter release on Nintendo Switch and PC but has yet to give out an official date. For updates regarding potential additional platforms and the game’s release date, keep checking in with The Escapist.