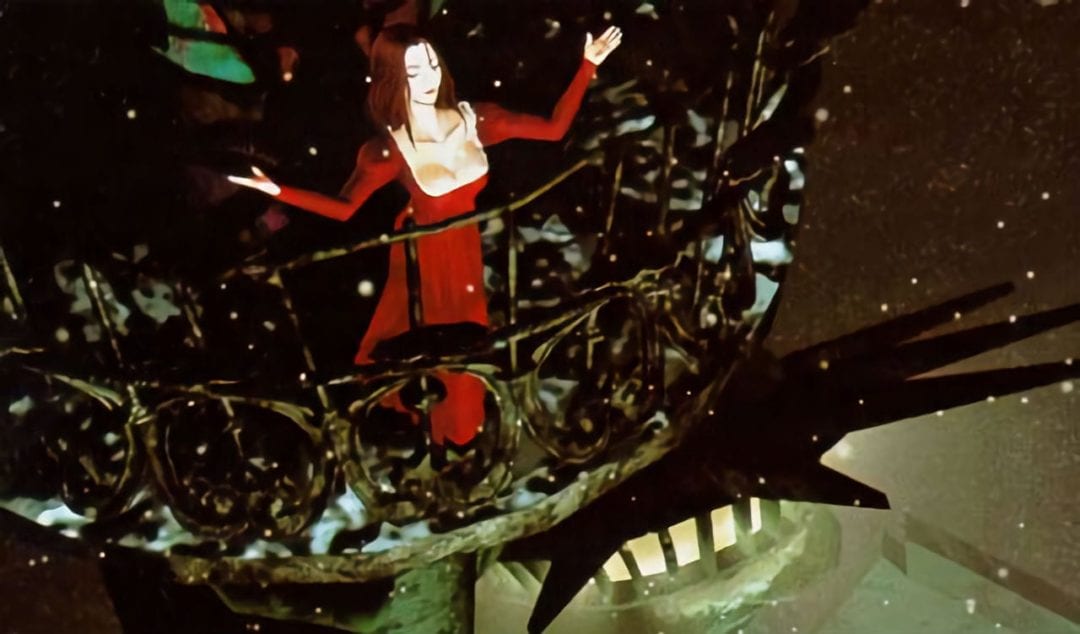 The city’s nickname is a lie. Parasite Eve knows the truth: New York sleeps. It rests fitfully, ready to rise at the crash of a car, the wail and fade of ambulance sirens mixing with the sharp bleat of drunk laughter filtering up from the sidewalk at 2 a.m., but it does in fact slumber. Everything slows for a while, neighborhood by neighborhood, the city’s cardiovascular system easing down just like a human body at the end of the day. It’s eerie the first time you experience it, coming home in the small hours or walking out the door before the sun comes over the East River. All the speed and fury of 8 million people pushing and yelling between the cars and the sirens falls away into a rumbling susurrus, half noise and half feeling. New York at rest feels like a dream space made flesh, a place both alien and familiar, isolating and enveloping. That’s the New York in Parasite Eve.

Developed by SquareSoft and released in 1998 for the original PlayStation, Parasite Eve remains an eminently playable, bizarre experiment as beguiling as its setting. Square called it a “cinematic RPG,” a weird genre signifier that raises more questions than it answers. (Is it a movie? Is it one of those VHS board games? These were valid questions in the ‘90s and they still are unless you’re the sort of person that immediately understands what “RPG” stands for.) That awkward moniker was a mission statement. Parasite Eve was an attempt to streamline the concept of a role-playing game — strategic, evocative games that take dozens of hours to unfold their action and plot — so it could more seamlessly integrate with the lushly animated, Pixar short-style story sequences that Square was revolutionizing on the PS1. In trying to make a shorter, more digestible delivery system for its technological prowess, Square produced something weirder than anything they’d made before.

On Christmas Eve in 1997, NYPD detective Aya Brea goes on a date with an overeager man who’s never named. They arrive at Carnegie Hall for an opera, but as the show begins with a wailing, wordless song, everyone in the theater save Aya and the singer on stage starts to burn. This is one of Parasite Eve’s only scenes where New York is populated beyond Aya and her allies from the 17th Precinct and everyone happens to be on fire. The singer then warps into Eve, our monster antagonist. Her arms twist and extend into dark claws, her legs are replaced by a curving, coarse tail as she floats in mid-air ranting about how the mitochondria are starting a revolution. That’s also when the rats in the building start turning into hog-sized freaks with three-pronged whip tails that shoot fire.

If painter Patrick Nagel and The Babadook director Jennifer Kent were in charge of crafting the worst Freudian anxiety nightmare you’d ever have, it would still be less outlandish than the beginning of Parasite Eve.

If it stopped there and Aya just had to track down Eve in New York, fighting off mutating creatures as she went, Parasite Eve would just be another eerie high concept action horror fitting of its era. Half urban isolation meets explosion fest like The Rock and half Clive Barker-ian body horror, it really does feel like a vintage piece of cheese pulled right off of USA’s Up All Night with Gilbert Gottfried. Unlike similar schlock like Darkman, though, the game just keeps mutating like one of Eve’s beasts, escalating into odder scenarios as Aya herself keeps getting more and more trapped in the city.

Eve is actually the embodiment of a sentient, evolved group of mitochondria — the engine in living cells — that are trying to overthrow the tyrannical rule of the human nucleus. The last time you ever see more than a handful of people in the city is when Eve assaults yet another crowd on Christmas Day. She melts a clutch of concert goers into a single gelatinous mass that looks like King Kong if he were made out of SunnyD. Eventually you have to try and stop her from stealing the entire donor supply of a sperm bank so she can impregnate herself and give birth to a mitochondrian messiah. Which she does in the ruins of the Statue of Liberty after Aya tries to blow her up with a fighter jet.

This sounds silly. Profoundly, irreparably silly. Instead a mix of clear, clipped dialogue and evocative art makes the game engrossing. By creating a scenario that leaves you almost entirely alone in New York, Parasite Eve bottles something true about living in an urban sprawl. There’s the nightmare terror of being trapped in a city all on your own — a favorite motif of post-apocalyptic storytellers — but it’s balanced by the deep pleasure of discovering an ordinary city’s streets for yourself, electrified by your own anonymity. As you tromp through Central Park, the Museum of Natural History, and the subway system, all of Parasite Eve’s absurdity is muted by how tactile the game’s dark, sultry backgrounds are. It feels simultaneously real and unreal, just like Aya and the suppurating freaks she fights.

Those fights are Parasite Eve’s other great success. Reimagining the turn-by-turn action of role-playing games around a single person with a gun, the game produces combat that feels slow and strategic but still harried. Aya is vulnerable throughout the game even as she develops her own good-guy-mitochondria super powers. The mutated snakes and reanimated dinosaur skeletons (yes, really) you fight can put her down in just a few hits, so you have to be smart about choosing your shots. Rather than just pressing a button and seeing a bullet fly, you select actions just like in Final Fantasy. But your success is based on proximity. A small half-dome surrounds Aya demonstrating the range of her weapon, which can only be shot a few times each turn based on its type.

It feels like shooting an actual gun. It’s hard to hit even a motionless target with a real weapon, and it’s a lot harder shooting one that’s trying to eat you with a brand new second head. (Parasite Eve even fits in a welcome anti-gun message in the form of an NYPD munitions expert whose every line is about respecting weapons and chastising a younger cop that never shuts up about how awesome they are.) Again Parasite Eve gets power out of balancing something ludicrous with a kernel of authenticity. Every piece of the game serves every other.

In another world, Parasite Eve would have actually been Final Fantasy VII. Before that game left an extinction level impact crater on its genre in 1997, the original plan was to set it in New York, a dramatic shift from the fantasy settings that had made Square’s role-playing games so adored. The city wouldn’t have been a good fit for Final Fantasy, though. Its melodrama needs a world that feels all the way impossible, lush and full of romance. Only Parasite Eve, a restless dream of a game leading you through empty streets on odd logic, could blossom in the city’s soil.