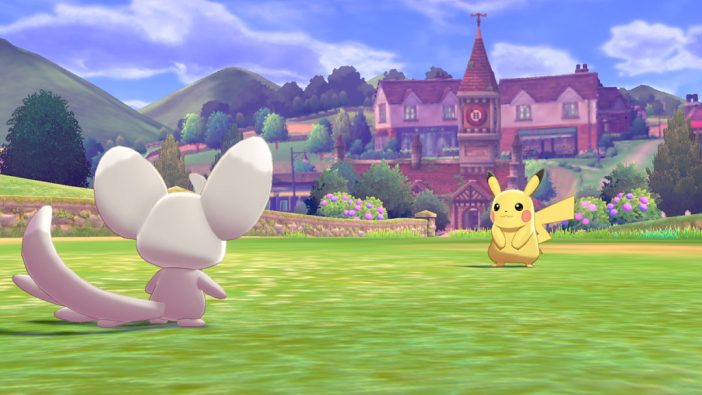 Two new Pokémon games approach! On Pokémon day, Nintendo announced via a Pokémon Direct that Pokémon Sword and Pokémon Shield are heading to the Nintendo Switch in late 2019. The games will feature an all new story mode, setting, and critters.

The new Pokémon in particular are intriguing. New characters Grookey, Scorbunny, and Sobble carry on the basic starter earth, fire, and water Pokémon tradition, but their adorable character models and animations have also taken the internet by storm in the form of tweets, memes, and of course, tweet memes.

Pokémon’s official Twitter account is celebrating Pokémon Day via a thread with all the juicy Pokémon Sword and Pokémon Shield details.

Along the way, there will be many more never-before-seen Pokémon waiting to be discovered!

They’re waiting for you, Trainers. Pokémon Sword and Pokémon Shield will be released simultaneously worldwide in late 2019.#PokemonSwordShield ⚔ 🛡 pic.twitter.com/1AiXNWhGZM

Christine! Noted the cute overload that is the water lizard Pokémon Sobble.

liking the new fire starter but fearing it might turn into a fire/fighting pokemon#pokemon #scorbunny pic.twitter.com/2S6zFbEcg7

Watch the full Pokémon Direct below.