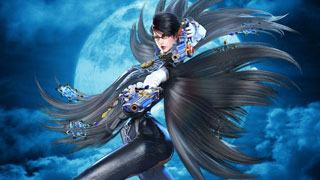 Platinum Games may not have announced Bayonetta 3 just yet, but it doesn’t mean the studio isn’t thinking about how to make it.

There was a cryptic series of videos uploaded to YouTube about a month ago that featured Bayonetta repeating lines from previous games three times, which many took as a tease of Bayonetta 3. While nothing further has materialized, an interview with Platinum Games’ Atsushi Inaba reveals that the studio is always thinking about how to take the series forward.

Speaking with SourceGaming at BitSummit in Japan, Inaba said that a third Bayonetta is a constant topic. When asked if Bayonetta would still be the protagonist, Inaba replied,

“Maybe there would be a male Bayonetta! (laughs). I would like to make Bayonetta 3. We’re talking within the company even now about what to do. But because we’re constantly talking about it, that actually makes it really hard to say. If we weren’t talking about it, we could just say something random or offhand, you know, but because we’re actually talking about it…Of course, that’s just something that you talk about when you’re making a series – do you want to keep the same protagonist? There’s plenty of precedent for changing protagonists, and so that is something we discuss – do we want to keep the same one, have a different one, add new ones – but that’s certainly not anything I can say for sure at this point.”

There’s still nothing official on when or if we might hear anything about Bayonetta 3, but if Inaba’s comments are representative, it sounds like the studio is on board.

Sony Has Finally Ended Production of the PlayStation 3