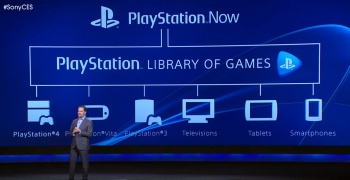 PS4 owners can get in on the game streaming fun once the open beta starts on July 31st. PS3 and Vita will get in on the fun at some point later, and even some Sony television owners if the service is available in their area and they have a DualShock controller. Some of the available titles include Ultra Street Fighter 4, God of War Ascension, and Dead Space 3. Sony will also use the beta to determine price plans.