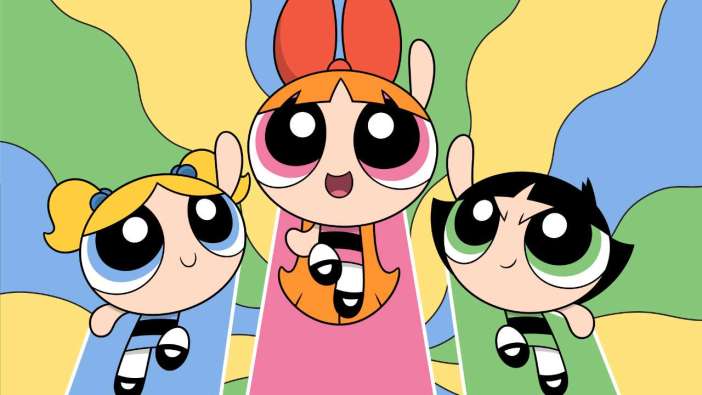 The Powerpuff Girls may still have chemical X inside of them, but it looks like the sugar, spice, and everything nice is gone in The CW’s reboot of the series. The network announced today its casting for the new live-action series, which will feature the three child superheroes now grown up and disillusioned with their lives as heroes. Agents of S.H.I.E.L.D.‘s Chloe Bennet will play Blossom, Dove Cameron (Descendants) will play Bubbles, and Yana Perrault (Jagged Little Pill) will play Buttercup in The Powerpuff Girls.

The show is only filming a pilot for now and has not received an order to series, meaning that The CW is still testing the waters for the show, though the initial response to the grittier direction of the series was surprisingly positive. The pilot is being written by Diablo Cody (Juno, Jennifer’s Body, Tully) and Heather Regnier with Maggie Kiley (Riverdale, American Horror Story) directing. It finds the trio of childhood heroes turned away from their heroics as jaded 20-somethings that resent having lost their childhoods to crime-fighting. However, a new threat emerges and the three women must now discover if they can come back together to save the world.

Chloe Bennet’s Blossom, the leader of the three and a perfect child, is now reclusive after childhood trauma drove her away from being a hero. Dove Cameron’s Bubbles, the happy-go-lucky sister, resents her star fading and is returning, at first, in order to regain her lost fame. Yana Perrault’s Buttercup, the grumpy sister, has spent her adulthood trying to shed her past and live a life of anonymity.

There’s no word on any other casting yet, but it would be surprising if an older Professor Utonium, creator of the Powerpuff Girls, didn’t show up to really drive up the family tension. The more serious tone of the show also raises questions of if evil monkeys and fuzzy hillbillies with antennas will be showing up to confront our heroes or if the girls will be facing more realistic renditions of their classic enemies.