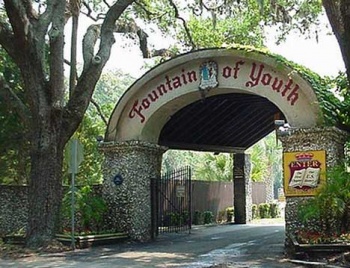 Were I to pinpoint my apex of gaming ability, it would be just shy of ten years ago, at the height of Counter-Strike’s popularity. I am buried in a flurry of nostalgia at talk of AWP whores and Dust, and in my mind’s eye, my hands flow in comfortable and forgotten ways over the landscape of keyboard and mouse. The rapid chemicals that urged my muscles were an addiction. The synapses which once seemed to be measured in microns, now a decade later, seem measured in light years.

I suppose we all remember a past better than the one we lived . The reality is that I’m circle-strafing forty years-old and what once came naturally, almost casually, sometimes feels like it may be slipping. As the years pile on, I’ve started to use phrases like “twitch gaming” and I realize now that the term is not as much a pejorative as it is a mark of jealousy. Eventually, the great, torpid fuzz-brain that is the twilight of one’s thirties catches up.

Frankly, I’m surprised at myself. I didn’t imagine in my twenties that I’d still be playing video games in 2009. After all, I’ve been doing this now for almost thirty years, far less than some, but let’s be honest, probably more than most. When I was young, adults did boring adult things like talk about junk bonds and how folksy Ronald Reagan was.

They did not play video games.

As an aging gamer, I feel on one hand like the vanguard of a new breed, but also like a relic stuck in the past. The more I play, the more I feel the weight of too much nostalgia clouding what could otherwise be good judgment. I find the prospect of trying something new, with so much inertia behind what I know I like, to be almost crippling at times.

This is, I think, a good thing. The one thing I’ve discovered about getting a little older is how easy it might be to just stop and let the wave carry you into the deep waters. Pushing to learn more, experience things you’ve never tried, becomes a little more difficult every year, but there is a siren song luring me to rocky shoals that says I don’t have to try. Time itself will do all the work for me. So I have tied myself to the mast, and the boat I’ve chosen is, I suppose, gaming.

I’m not sure there’s much I can do about the physical entropy of being a late thirtysomething gamer, so instead I fight to keep my mind open to the growing form. I have played more games in my life that I didn’t like, or didn’t even care about, than games that I truly enjoyed. Part of the reason for this is simply that I am willing to be caught up in the tidal forces that promise transcendence in mass market products. I can not only be led to water; I can be made to drink deep. Some may rightly describe this as a total lack of willpower. I prefer to think of it as a willingness to stay current and, therefore, relevant. 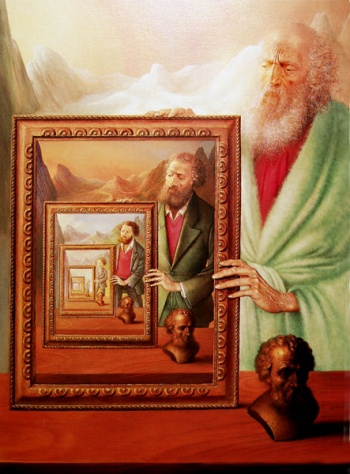 It would be so easy to fall back on Civilization IV and World of WarCraft and just let time run out on the gaming clock. I doubt it would take long, just a season or two until I felt like I had fallen so far behind the curve that I might just drop the habit and take up antiquing or ballroom dancing – frankly, it would likely do wonders for my marriage.

But that is not the desire. That’s the nightmare scenario. Gaming, for all the many other things it may be – a timesink, a money pit, a habit scorned by elected officials – isn’t just something I do because I can’t think of anything better. It’s a connection to my childhood. Gaming is part of what keeps me young, makes me feel like I did when I was 21 or 12, if only for a moment.

I know much is written on the ill effects of games, but for me it is an elixir of youth. Even as I feel the break down of my own physical skills, the joys of playing these games are as rich and vital as ever. Whether I am tasked with the slaying of some menacing dragon, saving the earth or just coming in first at Laguna Seca, the illusion still works for me, and I think that’s why there are so very very many of us aging gamers. Where all the other wonders of childhood have been revealed as amateur tricks, somehow video games keep on working a real and indecipherable magic.

I grew up in the back corner of a 7-11 in the suburbs of the deep south, my formative years described by the wakka-wakka of a Pac-Man and the simple antics of Jumpman, who you probably know by another more Italian name. At thirty-hurrumph, I can still trace a sharp and bright line to that boy that runs through a Playstation, a Sega Genesis, an Apple IIc, a thousand video game arcades and a ransom in quarters. It’s like a tether through time, and somehow I feel that sustains me.

I don’t feel much older than I did in 1990 or even 1980. Even as I see my physical prowess wane, if ever so slightly, I still have a strong desire to get up on Saturday morning, watch Dungeons & Dragons, play with my Transformers for an hour or two and then finally ride my bike the three blocks to that 7-11. I can’t help but feel like gaming gives me that, and so I am really quite grateful.

Sean Sands is a professional writer, co-founder of gamerswithjobs.com and an unrepentant child.