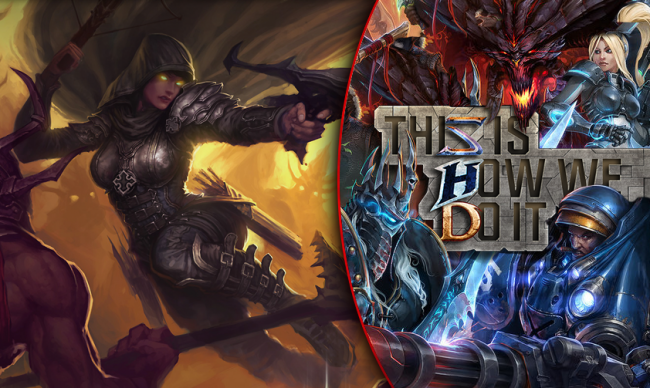 Diablo 3’s patch 2.2 has brought with it new top builds for most classes thanks to the introduction of new sets and the improvement of existing sets. For the Demon Hunter, the new Unhallowed Essence set has been topping the leaderboards. We present here a build based on practical observation and theoretical calculations made by one of the world’s top DH players, Wudijo.

If you don’t know Wudijo, he is the player that basically singlehandedly shifted the 2.1.2 Demon Hunter Greater Rift meta (the prevailing strategy used in the community) from a cold cluster arrow Marauder build to a physical cluster arrow Marauder build. By running some complex calculations, he determined that physical outperformed cold by a small margin, and he has now performed new calculations for patch 2.2.

Unsurprisingly, the new Unhallowed Essence set outperforms the Marauder’s set in terms of overall damage output and, consequently, pushing the highest Greater Rifts. Natalya’s set may compete with or even be better than Unhallowed Essence, but there is still a great deal of testing that needs to be done before that can be determined.

In the meantime, here is the optimum Unhallowed Essence setup to run with to push high-level Greater Rifts. Two main variants of the Unhallowed Essence build exist – fire and lightning – but the lightning version was calculated to be superior for these purposes. Here it is. 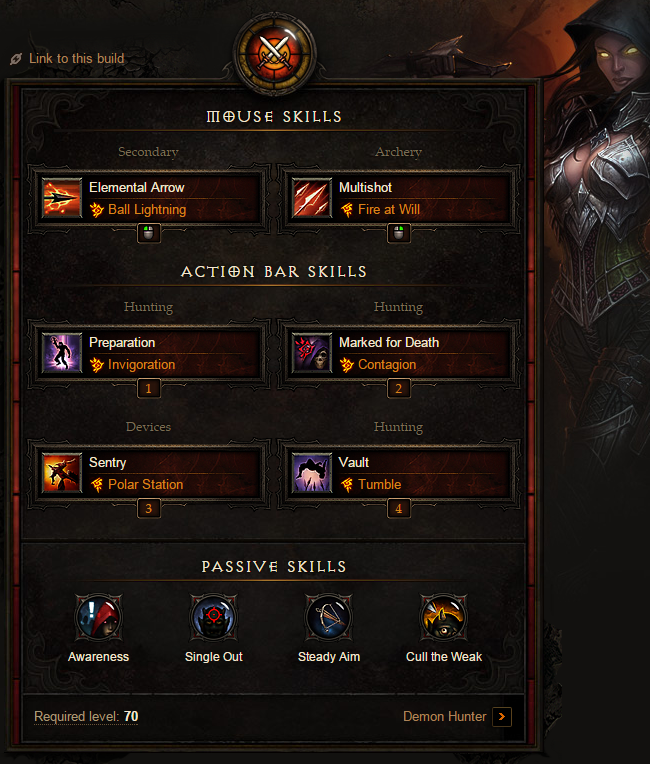 Elemental Arrow: Ball Lightning. This build requires a Kridershot bow, which turns Elemental Arrow into a hatred generator rather than spender. The Ball Lightning rune is chosen because we’ll also be using the Meticulous Bolts quiver, which makes the lightning balls travel slower. Why is this advantageous? Because the slower the ball travels, the more time it takes to pass through an enemy, and thus the more times it “ticks” – ie, strikes that enemy. So if it travels at one third of the speed, it is striking three times as often, thus dealing three times as much damage.

Multishot: Fire at Will. The Unhallowed Essence set buffs hatred generators (of which EA is now one) and Multishot – every point of Discipline you have gives you a 15% damage boost to these skills. Note: If you have the Iceblink legendary gem, either because you are playing in Season 3 or because Season 3 has ended, you will instead take the Burst Fire rune.

Preparation: Invigoration. This gives us 15 more points of Discipline, and we want to maximize our Discipline because of the Unhallowed Essence buff.

Vault: Tumble. In the past, Smokescreen was a viable alternative to Tumble, but between the recent nerfs to Smokescreen, the lower Discipline cost of Vault, and the maneuverability that Vault grants you, it is an inferior option.

Sentry: Polar Station. This is the skill you will use to trigger your Cull the Weak passive ability and Bane of the Trapped Legendary gem. Note: If you have the Iceblink legendary gem, either because you are playing in Season 3 or because Season 3 has ended, you will not take this skill at all and instead take the Burst Fire rune to trigger these effects. Instead of Sentry, select Caltrops: Bait the Trap or even Rain of Vengeance: Flying Strike.

Marked for Death: Contagion. While this skill does cost you Discipline, its spreading effect means you will not have to cast it often.

Passive Abilities: Cull the Weak, Single Out, Steady Aim, Awareness, and if you have access to a fifth Passive due to a Hellfire Amulet, then Ambush.

As for what stats to roll on your gear, you want to maximize your damage at the expense of your survivability.

Legendary Gems: Bane of the Trapped, Zei’s Stone of Vengeance, and your third gem will vary. If you are playing in a group or are running Torment 6 speed rifts, go with a Bane of the Powerful. Otherwise, go with the Iceblink gem if you have access to it, or Taeguk if you do not.