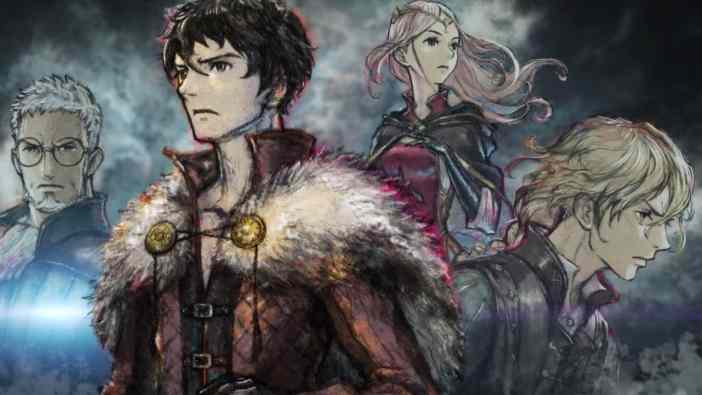 A brand new Square Enix tactical RPG called Project Triangle Strategy is coming to Nintendo Switch sometime in 2022, with a demo available on the Nintendo Switch eShop now. A continent, Norzelia, houses three nations: Glenbrook, Aesfrost, and Hyzante. Each nation has limited deposits of salt and iron, and the fighting over these materials eventually erupted into the aptly named Saltiron War. While the war was ended through a truce, rising tensions could threaten another conflict.

Project Triangle Strategy follows four characters from Glenbrook. Serenoa Wolffort is the main protagonist and heir to House Wolffort. Prince Roland of Glenbrook is the second song of the king and is Serenoa’s childhood friend. Frederica Aesfrost is the princess of the Duchy and is engaged to Serenoa. Lastly, Benedict Pascal is the steward and advisor to House Wolffort.

Some details about Project Triangle Strategy‘s battle system have been revealed, and it’s reminiscent of Final Fantasy Tactics, where players move units around a 3D battlefield with various height elevations. Attack range is determined by location and weapon, but the range can be extended by attacking from up high, allowing for various use of the terrain.

Flanking an enemy also gives your allies the opportunity to perform follow-up attacks after you’ve done your own. You can likewise perform Coordinated Attacks, such as pushing an enemy to a new location, close to your ally, and having them do their own follow-up attack. It also works with magic, where you can create water using ice magic on a flame, then electrify the area with lightning magic, hitting multiple enemies.

Project Triangle Strategy poses choices and consequences in its narrative. Picking certain dialogue choices will affect how the story unfolds and who joins the party. A vote system that you can influence also determines which path the story goes down, and there are multiple divergent story paths that drastically alter the narrative.

Since it’s another entry in the “HD-2D” series, its graphics and aesthetics closely match those of Octopath Traveler, with its 2D sprites and unique 3D backgrounds. Project Triangle Strategy is only a working title for now, but Octopath Traveler was the same way and kept its name. We’ll surely learn more later on as 2022 gets closer.