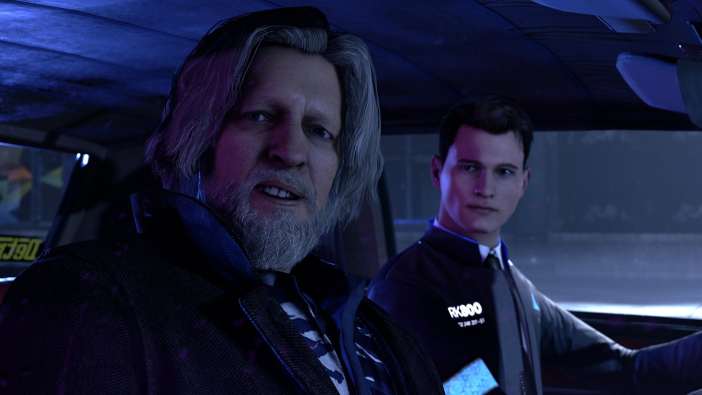 Detroit: Become Human developer Quantic Dream may have a more action-focused Star Wars game in the works, according to recent reports. Rumors got kicked up last week when French YouTuber Gautoz claimed that the studio would sign a deal with Disney that will see it creating a new game in a galaxy far, far away. Quantic Dream had previously created narrative-centric Detroit: Become Human, Heavy Rain, and Beyond: Two Souls for Sony as part of a three-game partnership that has now come to an end.

Tom Henderson, an industry insider who has previously accurately relayed details for Battlefield and Call of Duty franchises, backed up Gautoz’s claims in a report at DualShockers this past Sunday. His sources claim a Quantic Dream Star Wars game has been in development for 18 months, though details are hazy. For instance, he says that some rumors circulating among the French development community suggest the project only entered deep development in recent months. Of course, Quantic Dream has not made any official mention of a new Star Wars project, but as Henderson points out, the studio’s official Twitter account suspiciously liked a related tweet only a few days ago.

While all three of the Quantic Dream PlayStation titles were narrative-driven projects with an emphasis on quick-time events, Kotaku sources are claiming this Star Wars project may feature “more traditional action gameplay,” perhaps even including an open world and multiplayer aspects. It agrees that the game has been in development for a year and a half. Quantic’s new Montreal location is also playing a major role in the game’s development, according to Kotaku, and has been recruiting talent that worked on the likes of Assassin’s Creed and Deus Ex in order to diversify its skill sets. Developers are reportedly struggling to adapt Quantic Dream’s aging proprietary engine for a more action-centric experience though, and one former developer claims there are some internal tensions over whether to prioritize gameplay over writing.

Though the sheer number of insiders backing up the game’s existence might be convincing, it’s important to take all of this information with a grain of salt. Even if Quantic Dream is working on a Star Wars game, we’ll likely have a long wait before we hear anything official.

Star Wars fans have had a lot to chew on recently. Aside from the recently announced Star Wars: Knights of the Old Republic – Remake from Aspyr Media for PlayStation 5, the Star Wars: Visions anime side project will premiere on Disney+ tomorrow. We also know that Ubisoft has its open-world story-driven Star Wars game in the works, though little about that project has been revealed to the public. There’s also the highly ambitious Lego Star Wars: The Skywalker Saga from TT Games that is set to launch in spring 2022 and Zynga’s Star Wars: Hunters for Nintendo Switch and PC next year. This all comes shortly after Disney restructured its Star Wars gaming endeavors under its new Lucasfilm Games umbrella.