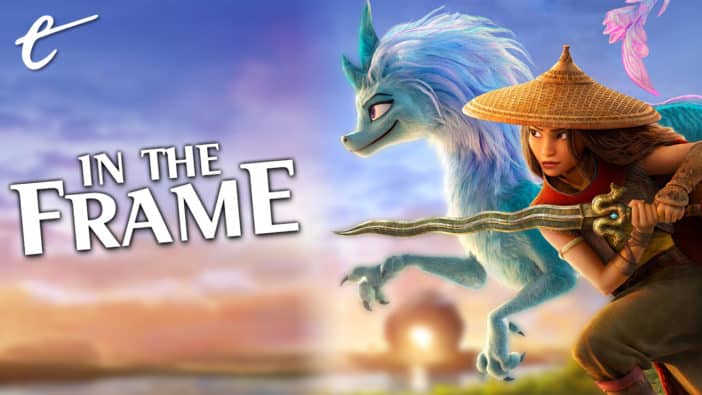 Raya (Kelly Marie Tran) has attracted considerable attention as Disney’s first Southeast Asian princess, even allowing for the irony that the film itself is not yet available to watch in the region. Raya and the Last Dragon unfolds in the fantasy kingdom of Kumandra, with Disney garnering both praise and criticism for its incorporation of Southeast Asian iconography into this elaborate and mystical world. However, Raya and the Last Dragon also casts its gaze closer to home.

At its core, Raya and the Last Dragon is a story about the need for political and social harmony. Kumandra is divided into several regions, each named for a part of a dragon’s body: Heart, Spine, Tail, Talon, Fang. If the naming scheme doesn’t make it obvious, each of those regions is very much part of a larger whole – a literal body politic. For her part, Raya is a “Princess of Heart,” representing the prosperous region at the kingdom’s center.

The plot of Raya and the Last Dragon is built around a fundamental betrayal. For generations, Heart had been tasked with protecting the magic orb that brings peace to the realm by warding off the evil Druun. However, during a conference with the leaders of the neighboring regions, a betrayal fractures the orb and the delicate truce that has kept the realm united. The disparate factions snatch up the fragments of the orb, as the Druun return. 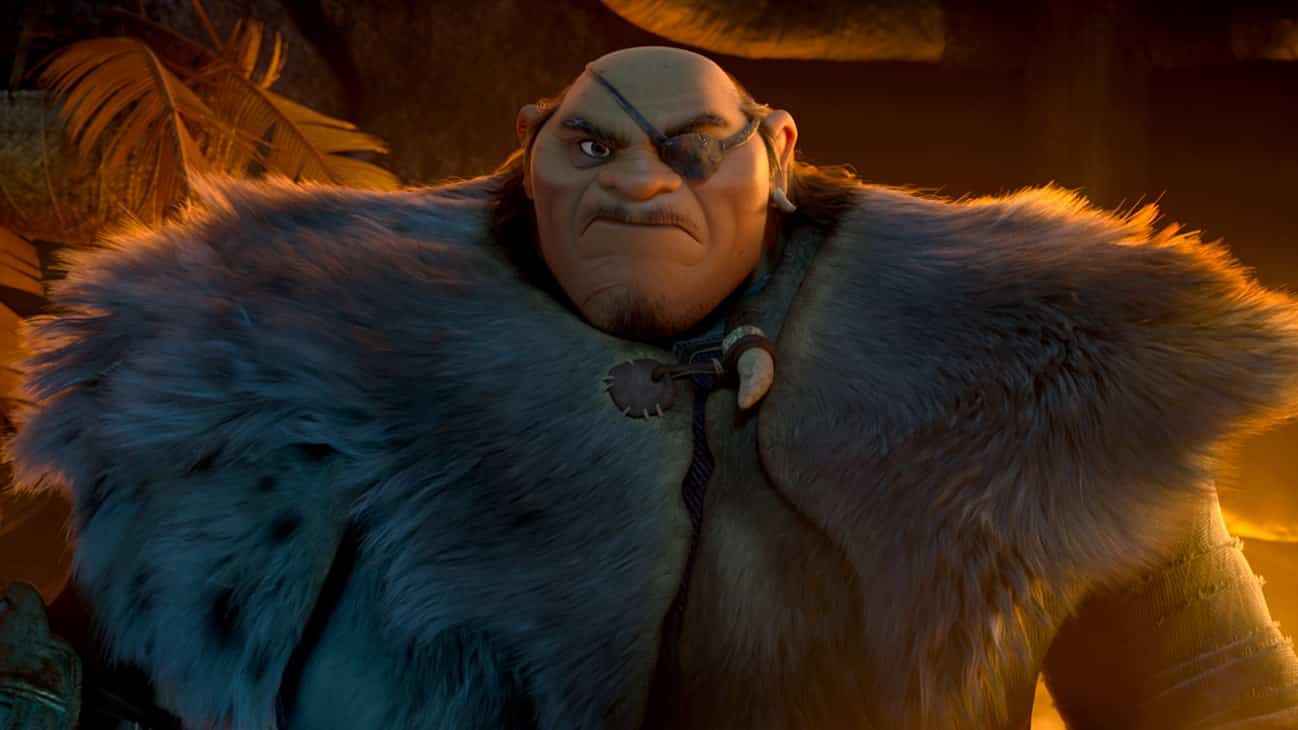 Perhaps because it is disguised by the Southeast Asian-inspired setting, the metaphor at the heart of Raya and the Last Dragon is not subtle. The movie frames this division in imagery instantly recognizable to anybody who has been following American politics over the past half-decade. Raya and the Last Dragon positions itself as a metaphor for the highly fractured state of contemporary politics, with heightened polarization and a breakdown of trust between citizens.

Raya’s explanation that “borders were drawn” recalls not only the Trump era’s emphasis on strong border policies, but also the era’s defining image of the dividing wall. The Druun are explained as “a plague borne of human discord,” evoking the way in which misinformation and conspiracy theories have thrived in this fractured framework. It is no coincidence that Raya and the Last Dragon returns time and time again to the image of parents and children separated.

However, Raya and the Last Dragon is not simply a metaphor for the traumatic past few years. Instead, it is an appeal for unity and reconciliation in the wake of this nightmare. Raya’s big character arc involves the young woman recovering from a personal betrayal and learning that she has no choice but to trust others. “The world’s broken,” Raya tells the dragon Sisu (Awkwafina). “You can’t trust anyone.” Sisu responds, “Maybe it’s broken because you don’t trust anyone.”

This argument for trust and forgiveness is a recurring motif in modern films aimed at children and families. Trolls World Tour is a film about the six Troll Tribes (Techno, Funk, Classical, Country, Rock, and Pop) learning to come together and play in literal harmony after Queen Barb (Rachel Bloom) of the Hard Rock Trolls betrays the others and tries to steal their magical strings for herself. In the end, Barb learns an important lesson, and various trolls unite for a rainbow-colored jukebox musical. 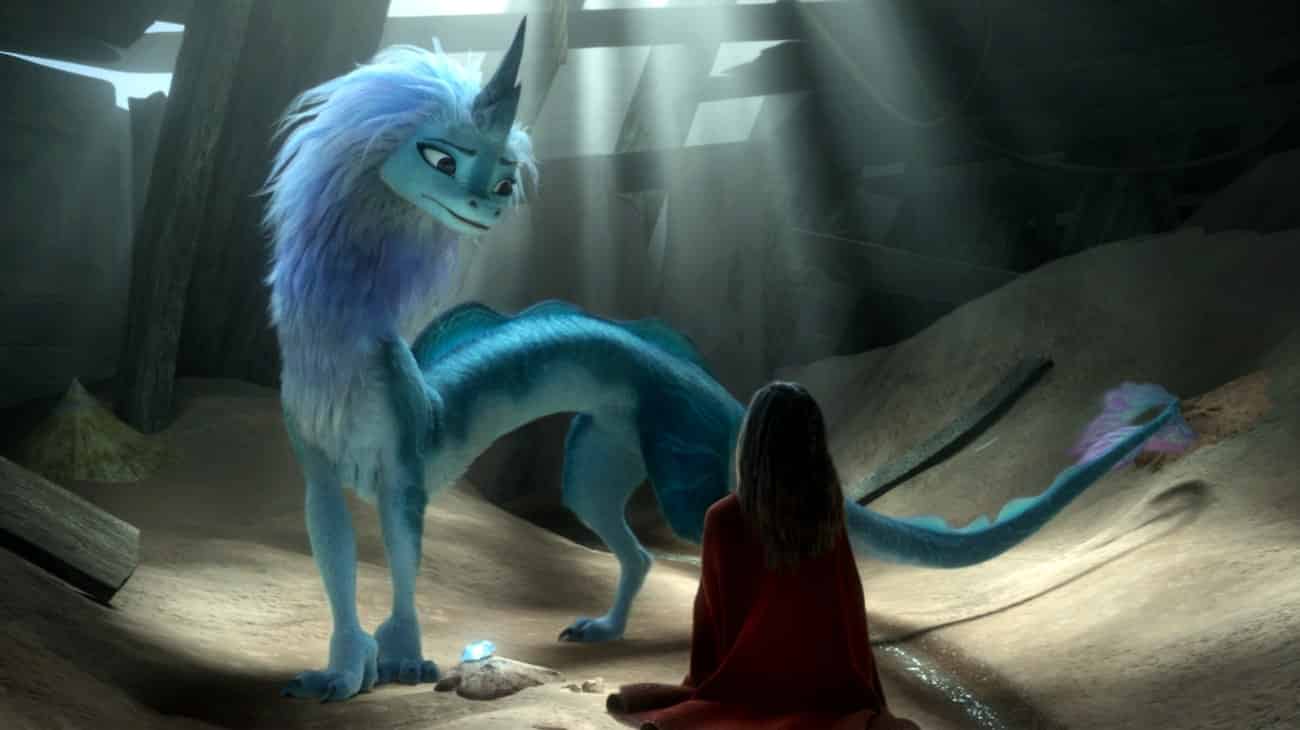 Wonder Woman 1984 is similarly built around the erosion of the social fabric, with the eccentric failed celebrity businessman Maxwell Lord (Pedro Pascal) indulging the wishes of those who follow him. Those wishes cause chaos. Wonder Woman 1984 is not subtle in its commentary; those wishes build literal walls and lead to mass deportations. It is impossible to read these elements as anything other than blunt commentary on the current moment.

However, while the original Wonder Woman captured the frustration and disillusionment of its cultural moment, Wonder Woman 1984 instead embraced an unearned optimism. At the film’s climax, Diana (Gal Gadot) convinces people to see the harm their wishes are causing to others and to renounce them. The ending was rooted in a familiar and hopeful idea; if people could only see the truth, and realize what harm they were causing, all would be well.

These films mirror a certain tone of political discourse, with many major political figures making appeals to unity and reconciliation in the wake of the divisive politics of the Trump era. In his first speech after the election, Joe Biden promised to be “a president who seeks not to divide but to unify.” One of the central tensions as Biden took office was the tension between his desire for bipartisanship and the reality of the situation.

This is the central challenge in telling a story about unity and reconciliation. The ability to forgive and forget the political trauma of the past half-decade is something enjoyed by a privileged few who treat politics like sport and were largely untouched by the suffering of those years. It’s the same logic that argued for giving Trump a chance at the start of his term, despite his campaign rhetoric, ignoring the realities of those that would actually suffer under his policies. 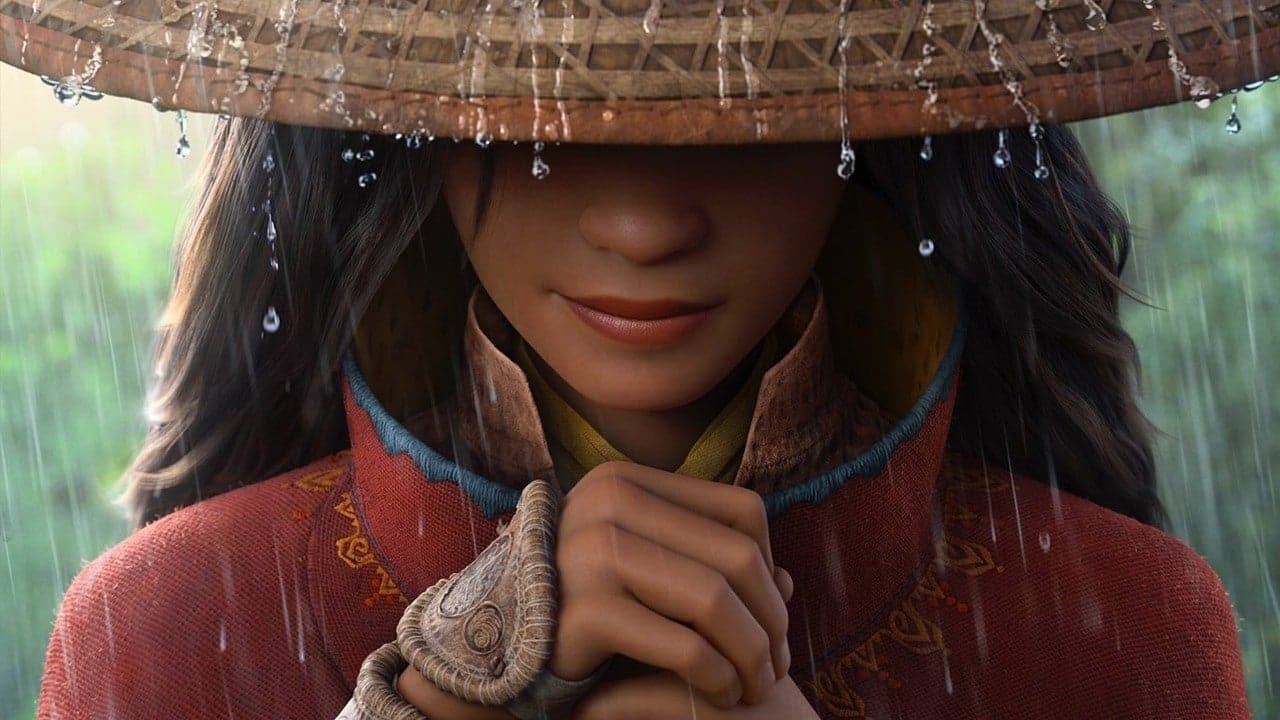 This is the problem with Wonder Woman 1984, as the climax assumes that ordinary people will reject the politics of division once they realize that their wishes and desires are hurting other people. This ignores the fact that, for a significant portion of Trump supporters, cruelty to their fellow human beings is not an unintended consequence, but is the point. There’s something revealing in the viral quote from a Trump supporter claiming he wasn’t “hurting the people he needs to be hurting.”

Calls for reconciliation in the wake of this can seem as hopelessly tone-deaf as convincing a bunch of celebrity pals to record a cover of John Lennon’s “Imagine” in the early days of the pandemic. It’s as naïve as believing Trump’s own appeal for “healing and reconciliation” days after his followers stormed the Capitol Building to overturn his election defeat, in a riot that appears to have been well organized, sought the execution of political opponents, and resulted in the death of a police officer.

Honest and meaningful reconciliation is hard work, as demonstrated by looking at countries that have made efforts to reconcile after trauma — Northern Ireland, South Africa, even Rwanda. It cannot be a one-way street. It requires justice and closure. While their appeals to unity are understandable, Trolls World Tour and Wonder Woman 1984 often play as fantasies that believe the damage to the social fabric can be repaired and things will go “back to normal” with a simple election victory.

Raya and the Last Dragon puts in the work to demonstrate how thoroughly the basic mechanisms of social trust have been broken and that they cannot be repaired by hope alone. Sisu stubbornly insists that Raya needs to trust people, but the film is careful to repeatedly underscore that Raya’s paranoia is well-earned. Sisu’s blind faith in human decency allows her to be captured by both Dang Hu (Lucille Soong) in Talon and Tong (Benedict Wong) in Spine, complicating Raya’s mission. 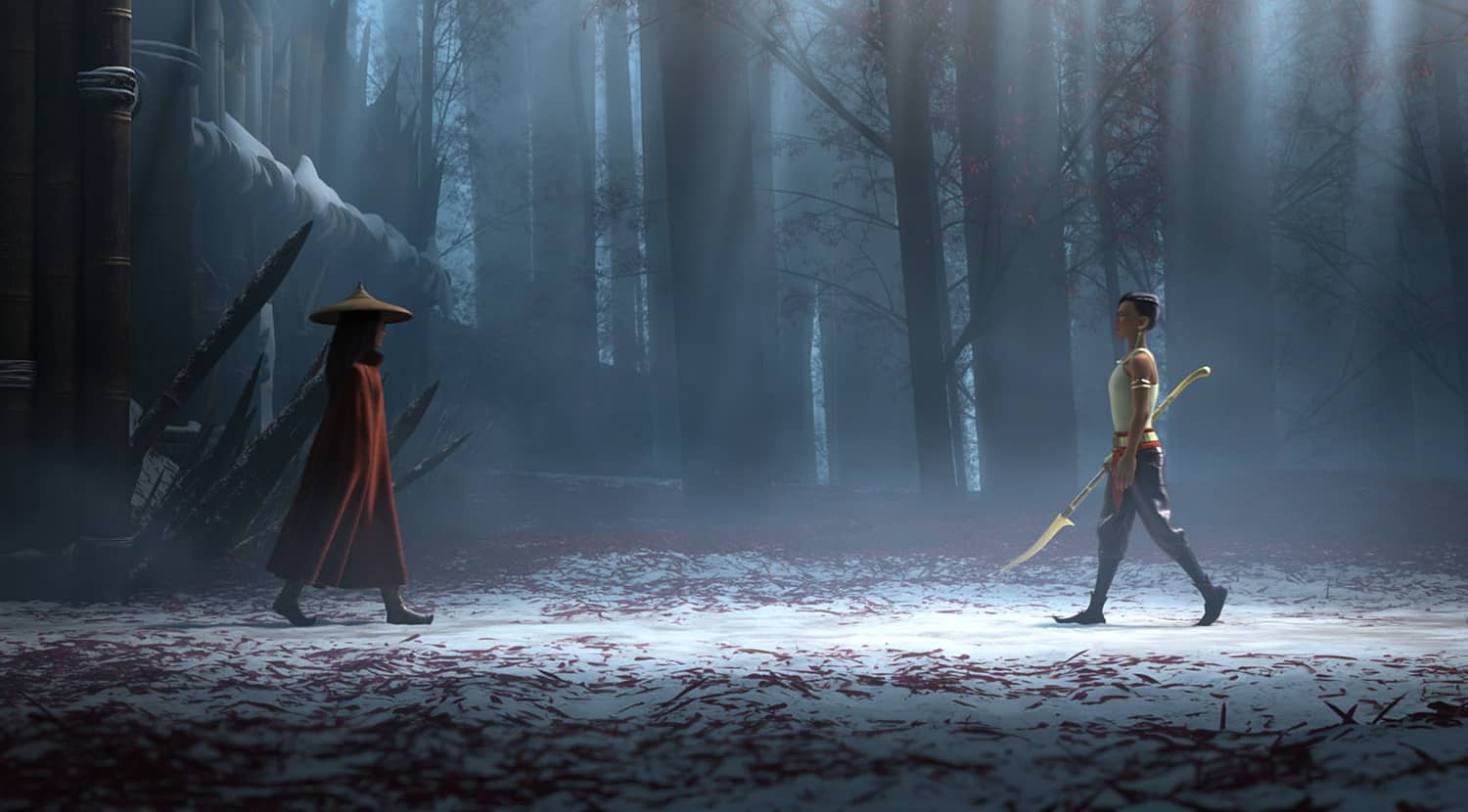 Of course, this is a family film. Raya eventually has to make that leap of faith to trust her old enemy Namaari (Gemma Chan), the young princess of Fang who betrayed her trust all those years ago. However, Raya and the Last Dragon is careful to underscore that Namaari needs to trust just as much as Raya. The climax is sparked by another betrayal of Raya by Namaari, as Namaari tries to steal Raya’s collected pieces of the shattered orb for Fang.

As the kingdom falls apart around her, Namaari eventually repents. At the climax, Namaari chooses to save civilians rather than continue the feud with Raya. She chooses kindness over cruelty. It is perhaps too tidy a conclusion to this story of betrayal and deception, but at least it feels earned. Raya and the Last Dragon understands that redemption is not a unidirectional process. This makes it a more compelling exploration of these themes than Trolls World Tour or Wonder Woman 1984.

Raya and the Last Dragon is the latest entry in what might be described as the new cinema of unity and reconciliation. It is also the smartest and the most insightful, working hardest to understand what those concepts mean in a fractured world.