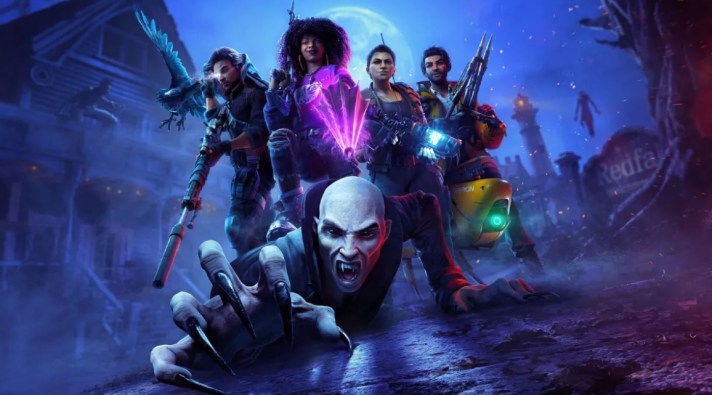 Arkane Austin’s open-world co-op FPS Redfall showed up during today’s Xbox & Bethesda Developer Direct and got a release date of May 2, 2023, for Xbox Series X | S and PC, along with the reveal of preorder bonuses and a deluxe edition. This release date date brings Arkane’s latest to store shelves in slightly more than three months. With launch just around the corner, it was nice to see the developers give Redfall another gameplay deep dive, this time highlighting how brutal it will be when players attempt to take down Vampire Gods.

Along with enough vampire-killing to fill the entire state of Massachusetts, the Redfall gameplay deep dive gives us a better look at different character abilities and skill trees. Arkane says its next project is its biggest and most ambitious game yet. We’ll have a better idea of how Redfall works in May, but you can watch the gameplay deep dive with the release date reveal below while we wait.

Redfall fans got lots to sink their teeth into today with the additional reveal of preorder bonuses and a deluxe edition. Those who preorder or play on Game Pass gain access to a few goodies with the Vampire Hunter Pack, which comes with the Grim Tide shotgun , the Polar Vortex multi-weapon skin, and the Blood Ravager Stake weapon attachment .

Then there’s the Bite Back Edition, which includes the game, two future heroes as part of the Redfall Hero Pass, the Laser Beam multi-weapon skin, the Tactical Knife Stake weapon attachment , the Northern Expedition Devinder outfit, the Eyes in the Dark Jacob outfit, the War Clothes Layla outfit, and the Engineer Volunteer Remi outfit.

Redfall looks like a gameplay-focused, vampire-hunting adventure, but Arkane promises that the project is foremost a story-driven experience set in Redfall, Massachusetts. Redfall arrives with its May release date as a much-needed summer blockbuster for Xbox players. Stay tuned for more updates on what else Arkane has in store.