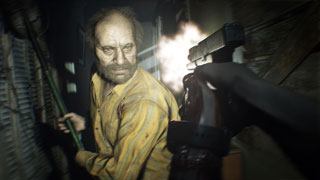 Capcom said back when Resident Evil 7 launched that it hoped to sell four million copies of the survival horror game by the time its fiscal year ended on March 31. The game got off to a roaring start, shipping 2.5 million copies in its first week, but eventually fell short of that goal by 500,000 copies, Capcom announced today.

In its fiscal-year-end financial report, the company announced that RE7 has sold 3.5 million units as of March 31, and that it expects sales to continue to grow due to both DLC and the fact that games in the series tend to sell well in the long run.

Our Liz Finnegan said that, “Resident Evil 7 is a welcome change of pace for a once great franchise that has been on a downward spiral since the release of Resident Evil 4.” Given that, it’s not surprising that the game has sold well, even if it missed Capcom’s optimistic targets.

You can dig into Capcom’s end-of-year financials here, if you’re into that sort of thing.