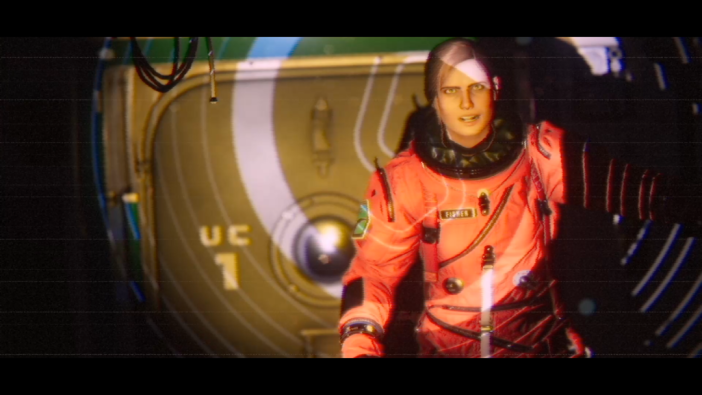 Early in No Code’s space thriller puzzle game Observation, Dr. Emma Fisher analyzes her space station’s AI and finds it in dire straits. Systems Administration & Maintenance, or S.A.M. as all the astronauts call him, has lost much of his memory and is no longer connected to most of the ship’s systems. Also he might have transported everyone to Saturn at the urging of an alien intelligence.

Emma decides to studiously ignore that last problem and focus on fixing the things the can understand and control. A weakened character who must steadily regain their strength is one of gaming’s most prolific gimmicks but Observation turns it on its head by putting players in control not of Emma but S.A.M. Rather than having a computer tell your human hero what to do, it’s Emma guiding S.A.M. to regain control of the titular space station, protect her, and help her figure out what’s going on.

Like a real world AI, S.A.M. is alternately very powerful and extremely limited. When systems are working, he can jump into the cameras of Observation’s rooms, linking up with the systems that make the station habitable and gathering information about its functions and crew. Each room has two to three cameras, and getting through the game’s puzzles requires jumping between them and scouring the rooms for functioning devices and useful information among the highly detailed and purposefully cluttered mess of journals, tools, personal photos, and dead bodies.

Getting lost is well worth it when you’re taking in the beautiful view of the station drifting above Saturn, listening to ethereal music fitfully punctuated by the soft sound of the sphere’s thrusters moving it along.

Sometimes S.A.M. can also possess a mechanical sphere and cruise inside and outside the station seeing things the cameras can’t, though then you have to deal with the disorienting effects of a first-person perspective in a 3D environment. Getting lost is well worth it when you’re taking in the beautiful view of the station drifting above Saturn, listening to ethereal music fitfully punctuated by the soft sound of the sphere’s thrusters moving it along. Inside the ship, the score tends to be more discordant, accented by the mechanized whir of moving cameras and the occasional blaring alarm telling you something is literally on fire. Sound is a powerful and evocative element of the game, but people who are particularly sensitive to unpleasant noises aren’t going to enjoy it.

Along with nailing the unsettling atmosphere, Observation’s plot is appropriately twisty. The story is mostly told through recovering audiologs, another worn gaming tool that’s employed particularly well here by housing them on computers that also often contain important puzzle-solving information like schematics or authorization codes. I particularly enjoyed the challenge of cracking passwords by looking around the area for hints the laptop owners left for themselves, which sometimes required also using your cameras to scan stray documents or pictures.

The audio is well voice acted, mixing in the sort of communications you’d expect from a group stuck on a space station together. There are flirtatious messages sent by crew members on different shifts, grumbling ones sent home complaining about long hours and seemingly pointless tasks, and plenty of hints that shady things were going on long before Observation spontaneous moved from near-Earth orbit to Saturn. There’s also a fun lampshading of the trope late in the game where Observation’s villain starts taking S.A.M. apart and chides him for snooping around all those personal message. He kind of has a point.

While Observation is spectacularly stylish, its base mechanics don’t quite have the same level of polish. It’s easy to get stuck on a puzzle when there’s little explanation of how to proceed. I spent far too long cruising around the space station with the instructions to look for damage because I didn’t know exactly what damage the game wanted me to report back on. The game is even more linear than it appears to be. Flipping through the station in camera mode, I found a sphere and tried to possess it but couldn’t until the next objective told me to. During a section when you can choose which of a series of station alerts to address, you’re locked into your decision and can’t go back and work on another one if you get frustrated trying to figure out what to do.

Once you find the objects you’re meant to interact with, the puzzles tend to be basic: hold and release keys in sequence, click on all the boxes of a certain color, repeat symbols broadcast to you by a freaky screeching hexagon. I was mostly fine with the abstractions of how an AI would interface with technology, but was irritated by how activating some devices required inputting schematic patterns that you couldn’t display as you entered them. It both seemed counter to how a computer could work and required me to take notes by hand to get things right.

I was grateful that Observation lets players take their time. Considering the setting, you could easily have a limited window to do any of these tasks before Emma runs out of air, your sphere depletes its battery, or a fire rages out of control. But while Emma will tell you to hurry if you ask her to repeat her most recent command, it’s all just for show. Resources are only limited as plot demands meaning you’re free to scour for more logs, take in the scenery, and just amble around desperately trying to figure out what you need to be interacting with until you figure it out and kick yourself for not realizing sooner you could turn on a power strip that would power up a laptop that contains the second half of the schematics needed to reactivate the coolant system.

The cutscenes fit in well with that measured pacing. Panicked and alone, Emma comes to treat S.A.M. not just as a tool for survival but as a compatriot. “I’m glad you’re here,” she tells him. “I am here” is his canned reply. He might not be fully functional and is at least partially to blame for her plight, but he’s all she has.

This game was reviewed on PC using code provided by the publisher. It is also available for PlayStation 4.