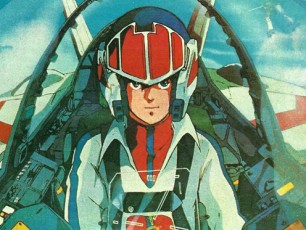 If the success of the recent Transformers movies have proved anything, it’s that audiences enjoy watching giant robots blowing each other up. It’s not hard to figure out, in turn, why Sony Pictures might have chose now to announce a new live action movie franchise based on a property like Robotech. There’s no reason, after all, that Michael Bay has to be the only one raking in all the giant robot cash. That being the case, reports would indicate Sony is now moving steadily forward with its plans for the new franchise, including the selection of a director.

According to said recent reports, Sony Pictures is apparently in talks with director James Wan to helm Robotech and its sequels. Wan is perhaps best known for his work on The Fast and the Furious 7 and the horror film The Conjuring. While neither Sony nor Wan have yet to offer any official statement, sources have indicated that the talks are still in their early stages. If Wan is added to the project, he’ll join producers Gianni Nunnari and Mark Canton as well as 300-scribe Michael Gordon who is currently inhabiting Robotech writer’s chair.

Robotech itself originally began airing in the mid-1980s and told the story of the human race using transforming fighter jets to defend the Earth from a parade of increasingly powerful alien invaders. While the show has retained a fan base in the intervening decades, many dedicated fans consider it to be an inferior product due to the fact that it was actually three separate TV shows cobbled together to extend its overall run time. How closely the movie draws on that hodgepodge heritage is something we’ll have to wait and see.