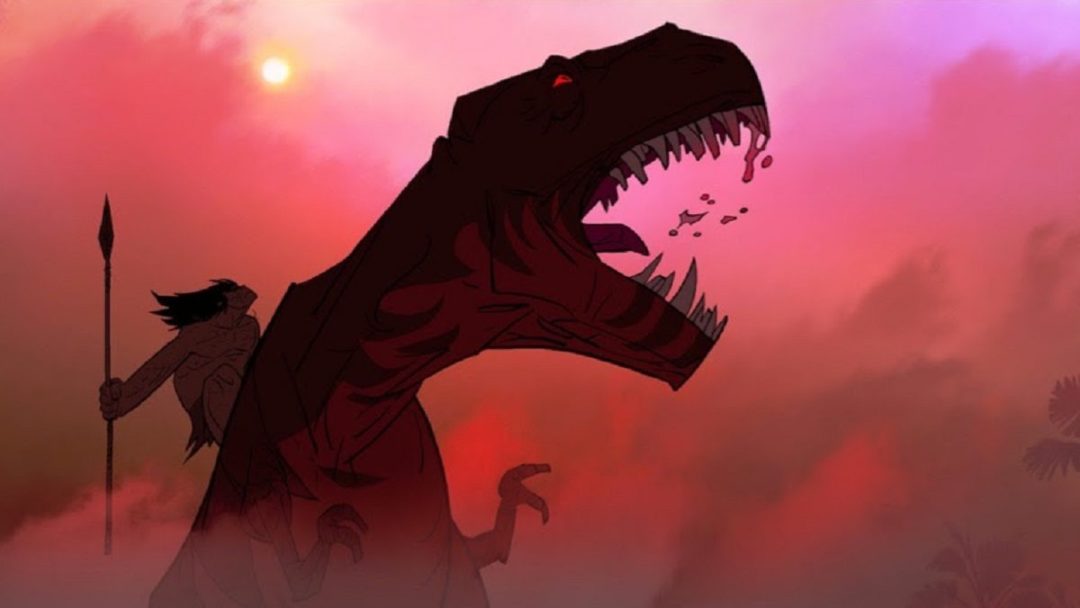 The legendary creator of Samurai Jack and Dexter’s Laboratory has mostly been making Hotel Transylvania movies for nearly eight years, making him a lot of money but not really highlighting the kind of innovative and creative work that made both Samurai Jack and his Star Wars: Clone Wars animations special. Sure, he was able to wrap up Samurai Jack in 2017, but Primal appears to be a true passion project for him and from this first trailer looks like it will push as many boundaries as his early work did. It also looks brutally violent.

The show will have a five-night premiere event, with a new episode landing every night starting on Oct. 7. This might be because of how high-concept the show is, so Adult Swim wants to get folks hooked in quickly. There won’t be any talking in the series, with music and sound effects carrying the entire story. That story focuses around a caveman and a dinosaur who befriend each other in an increasingly harsh world that threatens them with extinction. The pair team up to — as the trailer proclaims in big letters — hunt, kill, and survive.