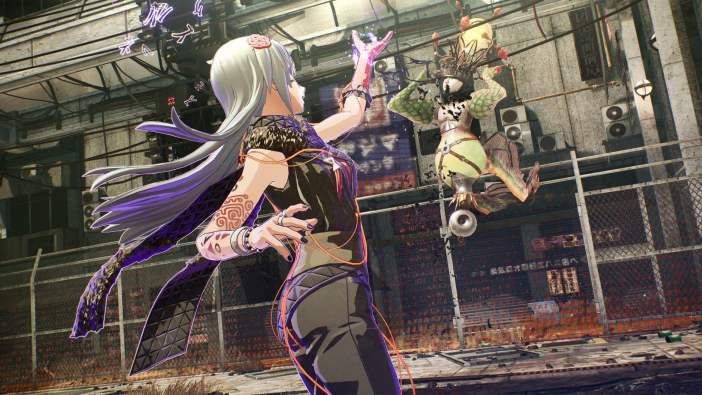 Bandai Namco has announced that its latest new story-driven IP, Scarlet Nexus, will receive a June 25, 2021 release date, as well as an anime adaptation in summer. The game is led by Kenji Anabuki and Keita Iizuka from the Tales of Vesperia team. The protagonists, Yuito and Kasane, are part of the Other Suppression Force, or OSF. OSF aims to recruit humans with psionic abilities to combat the threat of terrorizing mutants called Others.

The combat system utilizes the Struggle Arms System (SAS). A character like Hanabi Ichijo can use her Pyrokinesis abilities to boost both her psychokinesis and melee attacks. Another character, Gemma Garrison, can use Sclerokinesis to turn herself hard and temporarily nullify any damage.

Anyone who preorders either the standard or Deluxe Edition of Scarlet Nexus ahead of the June release date will receive several in-game cosmetics, including the Face Vision: Seal, Dream Catcher, and Shoulder Baki attachments, as well as the -Audio- Special Battle Attire. The Deluxe Edition comes with the full game, a Red Battle Attire set, a “The Others” attachment, and both a digital soundtrack and art book.

Interestingly, there’s also an anime adaptation of Scarlet Nexus in the works by Sunrise. It will have a global TV simultaneous release in summer 2021.

Scarlet Nexus was revealed last May during one of Microsoft’s Inside Xbox presentations. The game will release on PC, PlayStation 4, PlayStation 5, Xbox One, and Xbox Series X | S.