Because Your Monday Wasn’t Creepy Enough

After viewing a midnight showing of “Paranormal Activity” this weekend, I decided that I am sick and tired of supernatural oddities taking all the credit for being the sole source of creepiness. There are plenty of creepy things that exist in regular nature, and on this particular Monday, I’d like to share the creepiest with you.

Creepy Thing #1: Scientists have taken paralyzed rats and taught them to walk again, without using any input from their brain. Control over your limbs is exerted from your brain, which travels down the spinal cord. This emits electrical signals which stimulate your muscles to contract or expand. When the spinal cord is injured, these signals are interrupted. The brain still sends the signals, but your limbs won’t receive them. Researchers disabled a group of rats’ forelimbs and hooked them up to a treadmill. Using drugs, exercise, and strategically placed electrical impulses, they were able to get the rats to walk again, without any input from their brains.

Not to be outdone, Mother Nature offers us her own version of creepy: phorid flies. Being parasites, and thus dead-beat moms, they lay their eggs in the thorax of a fire ant and fly away. The larva migrates to the brain and starts consuming it. However, a lack of brain doesn’t kill the fire ant, it just makes it rather oblivious. After about two weeks of running around aimlessly and being distracted by shiny objects, the larva secretes a chemical that causes the ant’s head to fall right off, allowing the larva to pupate into yet another generation of zombie-making parasites. Scientists are eager to introduce phorid flies into the North American population. Both the phorid fly and the red ant are originally indigenous to South America, but were brought to North America, along with Brazilian waxing and supermodels.

If you’ve never been bitten by a red ant, trust me, it hurts (though, presumably less painful then a bullet ant sting). The University of Texas at Austin has already released phorid ants into red ant populations, and hopefully those guys will start penetrating skulls, stat.

The last creepy thing on my list is the botfly. It is one of the few species of parasitic flies which use mammals as hosts for their larvae. And, yes, there is a kind of botfly which specializes in laying its spawn in humans. That being said, view the following video with extreme caution. And maybe have a toilet or trashcan really near. Botfly Larvae Extracted from Human Head. 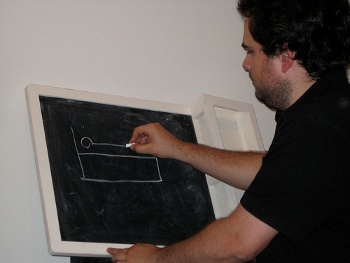 Polygraphs are failmachines. Torture doesn’t work, and likely makes the perp blurt out even more outrageous lies. And, frankly, keeping track of which way a person looks while they’re speaking requires too much attention. So, how does one figure out when someone is lying? Apparently, you give them some crayons and ask them to draw a pretty picture to put on the fridge later.

Researchers believe that suspects will reveal more details when asked to draw a picture of the crime scene. Liars would provide less detail in their drawings than non-liars. Liars will also use a “overhead” perspective when drawing a picture, indicating a detachment from the scene; whereas non-liars will use an over-the-shoulder perspective, indicating that they were directly involved in the scene.

To test this theory, two groups of subjects were given a mission to meet a person at a specific location and exchange information. Later, they were asked to draw it from memory and verbally questioned about what had occurred. The researchers set it up so that half of the participants would be able to tell the truth, and half would not – much like the guards in Labyrinth.

The verbal admissions and the drawings were then compared. They found that the truthful drawings were more true to life than the deceptive drawings, and that the truthful artists were more likely to include the person they exchanged information with and that Honest Abes drew with a shoulder-camera view. Just by including a drawing of the person they had met at the scene, researchers were able to identify 87 percent of the liars and 80 percent of the truthful sketchers. So, you have to ask yourself – are you going to use five crayons, or six? 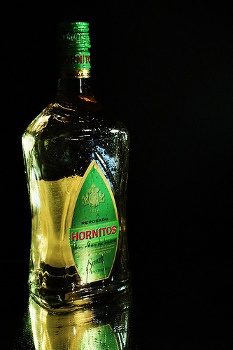 Tequila and Brains Do Mix

One minute you’re at the top of a tree, trying to get your Frisbee down, the next you wake up at the hospital with a severe head injury. While you’re there, the nurses perform the typical new-head-trauma-patient routine. Your blood pressure and temperature are checked, your weight and height are measured, then, they hand you a lime wedge, salt, and serve you a shot of Cuervo.

I’m sure you’ve heard the stories of intoxicated drivers surviving devastating car crashes against unimaginable odds. It’s believed that drunks don’t tense up when involved in a crash, thus enduring triple car rolls with the limpness of a rag doll. Researchers have now found that a little bit of alcohol can also help with brain trauma injuries.

Recent studies have shown that people with alcohol in their system are more likely to survive head trauma: For every 100 non-plastered people with brain trauma that died, only 88 Vodka-chugging folks died, which is apparently enough of a difference for doctors to keep a flask of tequila next to the scalpel. Of course, how many of those patients arrived at the emergency room due to their drinking was unclear.

The amount of alcohol makes the difference – too little and there’s no positive effects, too much and you’re just plastered. There exists a sweet spot where alcohol can help stop the swelling, inflammation and destruction of brain cells. Hint: If you’re wearing a lampshade as a hat, you’ve gone too far. 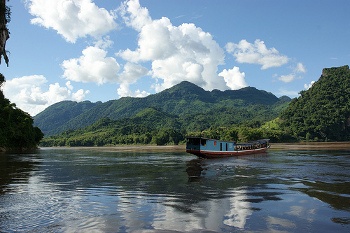 Lately, the news has been bustling with recent findings of exotic new species. Since scientists’ bid to have Kanye West classified as Homo sapiens asshattus have failed, here are the runners-up:

First up is the Eastern Pacific black ghostshark. Ghostsharks are known as chimaeras, loosely translated as “living fossils.” They’re relatives to sharks, but said sayonara to their brethren 400 million years ago, preferring to live in the deep-sea environments and mostly holding off on that whole evolution gig.

This particular group of sharks has a sex organ on its head, believed to be used to pull females closer and/or stimulate them (Hey, she’s not gonna be intrigued by just a good conversation).

The next species is known lovingly as the jellynose, named such because of their large, bulbous noses. The jellynose is a bottom dweller; a six-foot, gelatinous fish weighing in at 100 pounds. Unlike most other fish, they have no scales – a fact sure to draw more than a couple of derogatory remarks at the playground. With tiny teeth, this fish is a bottom feeder, sucking food off of the seafloor. While on a sea turtle conservation project, researchers found this fish, called a jellynose, floating near the surface of the water and fished it aboard.

It’s rare for them to be found close to the surface, so initially, scientists were claiming it as a new species. However, Dave Johnson, an ichthyologist at the Smithsonian states that it’s “possible, but unlikely.”

This next one is a doozie – over 163 new species have been discovered along the Mekong River, which runs along Vietnam, Cambodia, Thailand Laos and southern China. Unfortunately, we probably won’t be able to fully document them all, since climate change has already endangered them.

Among the new species discovered, there are a fanged frog and a gecko closely resembling a cat. The frog likely attacks birds and insects and uses its fangs to joust with other males.

The Cat Ba Gecko has large, catlike eyes and leopard spots running down its back. All in all, scientists have discovered 100 plants, 28 fish, 18 reptiles, 14 amphibians, two mammals and one bird species in that region.

And for you dinosaur enthusiasts: New fossils have been unearthed in north-eastern China that seemingly proves that birds evolved from dinosaurs. Five new fossils have been found, all of which bear some form of feathers. The public has been divided on the debate thus far, since the oldest bird fossil found had been archaeopteryx, a bird that was older than the feathered dinosaurs that had been found. The new fossils are indisputably older than archaeopteryx. Dr. Xu Xing, one of the lead scientists, states: “This fossil provides confirmation that the bird-dinosaur hypothesis is correct and supports the idea that birds descended from theropod dinosaurs, the group of predatory dinosaurs that include allosaurus and velociraptor.”