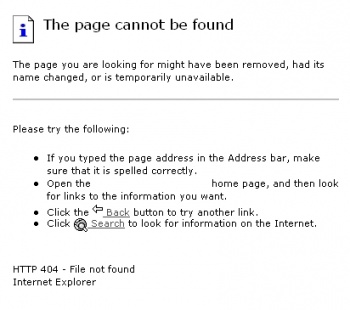 It started on Saturday.

Those in Britain, using Virgin Media, Be Unlimited/O2/Telefonica, EasyNet/UK Online, PlusNet, Demon, or Opal suddenly found themselves piped away from Wikipedia, after the IWF identified the cover of the Scorpions album, Virgin Killer to be offensive, despite being released 30 years ago, and still freely viewable on Amazon.

Now the problem; Wikipedia won’t remove the image, as that’s censorship, so the ban stays in place. However, because of the re-pipe, Wikipedia cannot tell who is who according to IP addresses, so has to block everyone on the IP, including some of their own editors.

Today, the image was gone from Amazon.co.uk and Zavvi (formerly Virgin), but on display at Amazon.com.It has now gone from there as well after a massive hit rate.

When interviewed on Radio 4, the IWF spokeswoman was unable to explain why certain sites were banned but not others. One would assume that lawyers are very heavily involved.

Update (December 10th): After numerous complaints, the IWF have rescinded their block and apologized to Wikipedia’s users. One still has to wonder whether all the fighting was worth it though.