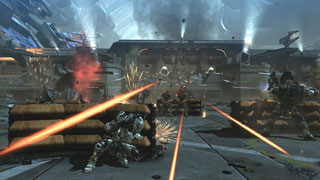 You won’t have to worry about high framerates ramping up the difficulty in Vanquish anymore, thanks to a patch released last night by Sega.

Last week, we told you about a bug in the PC version of Vanquish that caused you to take more damage at higher framerates. Last night, Sega released a patch that fixes that issue.

Sunday, Sega and Little Stone Software, who handled the PC port, acknowledged the issue and said a fix was in the works. On Monday, a beta version of the patch was rolled out, and that patch went live for everyone last night.

There are some other fixes in the patch as well. Here are the patch notes:

The PC port of Vanquish launched on Steam on May 25.

Grab the Complete Python Programming Bundle and Save 93%