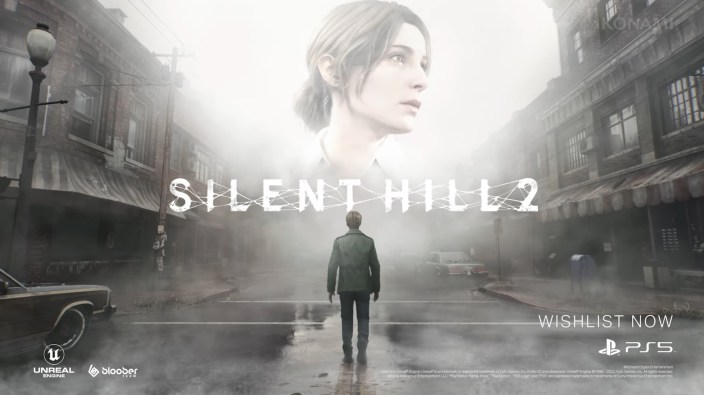 At the PlayStation.Blog, the developers discussed that the game is being built with Unreal Engine 5, taking advantage of Lumen and Nanite, and the game will also take advantage of the DualSense controller’s haptic feedback and adaptive triggers in “creative” ways.

Konami originally released Silent Hill 2 on PlayStation 2 and Xbox in 2001, where it received a strong critical and player reception and went on to sell more than one million units, being hailed as a classic. The game mostly told a self-contained story, unlike the interconnected narrative that exists between the first Silent Hill and Silent Hill 3. The premise is that protagonist James Sunderland travels to Silent Hill after receiving a letter from his, uh, dead wife. Things naturally spiral out of control as he and other people in town are accosted by nightmarish monsters, including the infamous Pyramid Head.

As far as I’m concerned, all of the Konami pachinko jokes were already played out, but hopefully the Silent Hill Transmission today and the announcement of the Silent Hill 2 remake with Bloober Team will deliver a statement of intent that Konami is back.