And don’t forget about Yahtzee’s other series, Extra Punctuation, where he’s recently talked about the scourge of gear scores and why to be wary of the new Silent Hill games.

Their handling of their signature franchise has been like watching two blind sea urchins trying to get through their wedding night. Any half decent idea for a Sonic game in their hands is as much use as a professional grade drawing tablet at a finger painting class for baboons. I’ve said many mean things about Sonic Team in the past. And currently. And in the very near future, as well. Sonic Frontiers sucks balls. Well, hm. See, insofar as I look forward to anything, I was looking forward to Sonic Frontiers. Because my game reviewer gut instinct, forged over many years in the crucible of disappointment and cake, told me that open world design may well be the thing that finally makes 3D Sonic work. OR it’s going to totally suck balls and either case will at least be fun to write about. The actual result is a mixed bag, for whatever that’s worth, I mean, a bag of dogshit and a bag of dogshit and cake are equally hard sells. I’ve always hated the aggressive linearity of Sonic levels, the way they keep shooting me right off the stage because I pressed the stick wrong or didn’t press jump in time or didn’t enter an uncontrollable sequence of boosters and springboards with the right positive attitude or because it was a Tuesday.

But in an open world, falling off things isn’t an instant fail kick in the bollocks, you just end up somewhere else. Worst case scenario you crash through someone’s kitchen window and have to apologise for interrupting their bar mitzvah. And that’s what Sonic Frontiers gets right. The ending up somewhere else part, not the bar mitzvah part. Its world is chock a block with mini platforming challenges, you can’t walk ten feet without tripping over a grind rail. It’s impossible to predict where you’ll end up from divebombing any given random bounce pad which is annoying as hell if you’re trying to get somewhere specific, and it’s off putting how there’s absolutely no cohesion between the environment and the platforming stuff. It’s like they took a washed out generic hilly landscape and then randomly sprinkled disconnected grind rails over it like it’s a freeze frame after an explosion at the U-bend factory. Reminds me of those custom races people make in GTA Online where there’ll just be a cargo container mysteriously floating in midair because having something to wheelie off at that specific moment is more important than having a world that makes any plopnobbling sense.

Oh sorry I started out praising the game, there, and somehow we ended up plopnobbling. That’s the mixed bag experience, you try to carefully squeeze the cake out but sooner or later you’re dealing with the dogshit. Anyway, plot is, Sonic and pals fly to some island for some reason, there’s a big cockup and Sonic’s pals get trapped in cyberspace or something. And when Sonic wakes up alone in the pouring rain in a washed out landscape surrounded by the imposing ruins of a once vibrant civilization as haunting music plays, I felt, not for the first time, a strong urge to grab the Sonic franchise by the lapels, shake it back and forth and yell FIGURE OUT YOUR FUCKING TONE. YOU ARE A FUCKING CARTOON MOUSE IN SNEAKERS. YOU ARE A CONCEPT FOR BABBIES. YOU ARE NOT DEATH STRANDING. YOU ARE NOT ATTACK ON TITAN. YOU ARE NOT… WHATEVER THE FUCK SONIC 2006 WAS TRYING TO BE. Possibly Final Fantasy X if it was mashed up with some staggeringly uncomfortable slash fiction. You are also not Shadow of the Colossus, and isn’t it astonishing that I even needed to say that to you, Sonic the Hedgehog. I feel like I’m trying to explain to a sofa cushion with a toilet roll tube stuck to it that it will never be a real boy.

Honestly though, dreary setting and weird tone aside, in the core gameplay area Sonic Frontiers isn’t bad. At heart it’s a collectathon, in each chapter one of Sonic’s pals is focussed on and Sonic progresses in their storyline by gathering a bunch of valentine cards for Amy or tubes of implied second butthole cream for Tails and that’s the excuse to roam the land seamlessly dipping in and out of a smorgasbord of microchallenges, as well as a handful of very un-seamless classic style Sonic levels which are, with the best will in the world, at least mercifully brief. Combat’s inoffensive with one or two actually pretty neat ideas that integrate well with the format, I like how you can do a sort of guard break attack by literally running rings around a dude. It’s let down by an exorbitantly pointless upgrade tree. Almost everything on it was just “press a button during combo to make Sonic tell everyone to stop moving and pay attention to him doing a little stunt like a hyperactive 12 year old about to perform amateur dentistry with a skateboard and a concrete step.” I’d bought everything on it by the halfway point and then just had a load of unspent character points sitting around on the GUI for the whole game like a bloodstain on Henry Kissinger’s spectacles.

Damn it, I forgot I was trying to praise the game again. But this is the thing, isn’t it. Sonic Team’s problem is that they don’t know when to quit while they’re ahead. They’re like a magnet demonstration in a nail factory, the longer you let them go on, the more likely something will horribly fuck up. They do an alright job focussing on core mechanics sometimes but you look away for two seconds and they bring back Charmy the fucking Bee. Sonic Frontiers’ critical path is infested with mandatory random minigames. I’m not even talking about the fishing. I like the fishing. I like that if I can put up with Big the Cat for ten minutes I can get 20 keys that mean I don’t have to engage with the rest of the game’s bullshit. I’m talking about shit like holding up the plot at the end of the third island to make us play fucking pinball. What’s wrong with pinball, Yahtz? Nothing, if you don’t mind playing on one third of a table with physics like you’re playing nerf baseball on the international space station. That won’t let you go until you’ve earned five million points and have to start all over again if you lose three balls. It fit as smoothly into the critical path as a cricket ball in the throat of a seagull.

But frankly I was already down on the game by then. It was touch and go for a while. The story’s confused with very little levity and I was eyeing up those lapels for another tone conversation but I was tentatively having fun with the core gameplay, until I got to the first giant boss at the end of the first island and then went “Oh okay this sucks balls. Thank you for freeing me from my world of uncertainty.” You have to do them as Super Sonic within a time limit set by your ring count, except the boss sets the pace of the fight so there’s very little you can do to kill it faster, it keeps knocking you away and by the time you’ve wrestled the camera back around to see what it’s doing you’re just in time for it to knock you away again. And then if you fail and reload you have to restart with only 100 rings no matter how many you started with. Thanks a bunch, game, I’ll do a much better job now I’ve got a quarter of the time limit and a raging hate boner restricting blood flow to my brain. So yeah, Sonic Team fucked up again. In many ways it’s reassuring. Nice to know there’s some stability in the world. Whatever happens, the sun will still rise in the morning, Sonic Team will still fuck up, and a seagull’s still gonna react poorly to having a cricket ball in its throat. But maybe it shouldn’t have gotten big ideas about my bag of chips, Jeffrey. 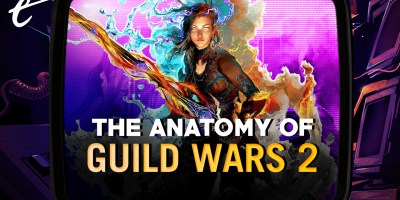 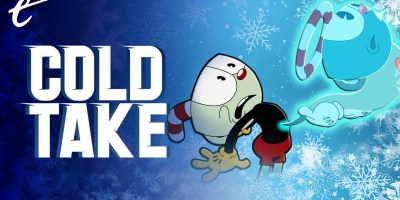