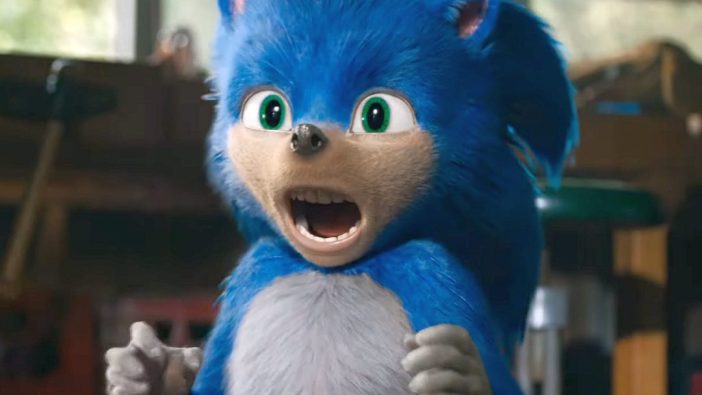 We can’t outrun the inevitable. Despite our best efforts, taxes must be paid, death is unavoidable, and Hollywood will dive deep into the abyss to recover a treasure of an untouched yet adaptable intellectual property, emerging with a potential bomb like Sonic The Hedgehog. While it’s still too early for a cinematic coroner to officially cart this DOA film into a nameless tomb where it belongs, the horrific debut trailer for Sonic The Hedgehog is the only crime I needed to witness in order to issue a guilty verdict and expedite its critical execution.

Yes, the Sonic The Hedgehog trailer is that bad. It feels more like a YouTube parody than an actual theatrical preview. It’s so bad that it might as well show Sonic gleefully shouting, “Gotta Go Fast!” just before sprinting headfirst into a dumpster fire. Forget about the controversy surrounding his legs: the CG animated Sonic seems uncannily terrifying, especially in contrast with the live action cast. Jim Carrey’s Eggman is a mustache-twirling caricature of Jim Carrey’s past performances. The use of “Gangster’s Paradise” feels like a bastardized mimicry of Jordan Peele’s playing of “I Got Five On It” in Us. The tone is all over the place. There weren’t any chilli cheese dogs, but there was plenty of cheese.

Joking aside, I’m disappointed by Sonic The Hedgehog’s preview. Even though video game movie adaptations like Detective Pikachu and Dragon Quest: Your Story show promise, Sonic The Hedgehog appears to have taken a giant step back into the dark ages of video game adaptations. It was an era where the silly Resident Evil movie franchise was the best gamers could hope for. With the exception of Rampage, Hollywood has been reticent to learn from its mistakes. Sonic The Hedgehog appears to double down on those missteps by lowering itself to the cellar-dwelling standards of Uwe Boll.

Sonic deserves better than what Paramount is promoting. Whether through bad games like Sonic ‘06 or drastically different comic and TV adaptations, Sega’s iconic platforming speedster has suffered enough. I hoped for a good movie but the trailer is just confirmation of Sonic The Hedgehog’s eventual death certificate.

The failure was predictable as soon as the project was announced. Not even Sonic is fast enough to outrace the inevitable.