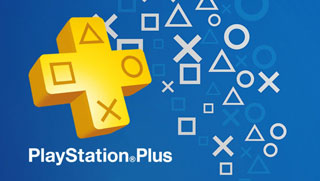 July’s free PlayStation Plus games have been announced, and one of them is Telltale’s Game of Thrones.

The monthly PlayStation Plus lineup is sometimes good, and sometimes disappointing. This month, it’s a good month. There are six games available for Plus subscribers as usual, and three of them are playable on PS4.

PlayStation 4 owners get horror game Until Dawn and Telltale’s Game of Thrones just in time to prepare for the launch of Season 7 of the show on July 16.

For PS3, you get Darkstalkers Resurrections. That actually includes two games: [/i]Night Warriors: Darkstalkers Revenge[/i] and Darkstalkers 3. You also get your chance to play as an animal in Tokyo Jungle.

Finally, Vita owners will get action game Don’t Die, Mr. Robot (which has cross-play with PS4) and indie platformer Element4l.

July’s games will go live on Tuesday, July 4. That means that if you want June’s free games (including Killing Floor 2 and Life is Strange), you need to grab them before then.

Grab These Flexible Toy Block Sets in Multiple Colors for Just $24.99 Each