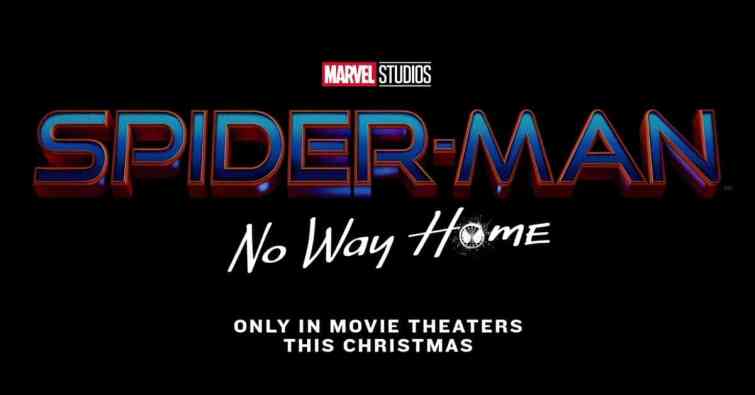 After a bit of fun yesterday where Spider-Man 3‘s stars shared incorrect titles for the upcoming film alongside our first look at the movie, Marvel has finally announced the official title for the film. The movie is called Spider-Man: No Way Home, continuing on the series trend of using the word “home” in the title and hinting at possible struggles facing Spidey as he swings his way through the burgeoning multiverse that Marvel is creating. The title was announced via the video below, in which Tom Holland is once again mocked for spoiling everything.

This, we can confirm. #SpiderManNoWayHome only in movie theaters this Christmas. pic.twitter.com/kCeI8Vgkdm

The other bit of news coming from that tweet is that Marvel, and by extension Disney, is committed to releasing its superhero films in theaters only. With studios like Warner Bros. releasing all its content both theatrically and digitally at the same time and even Disney pushing some of its films into the same release style, many questions had arisen on how Marvel would handle its films for the year. It looks like the powerful studio will be sticking to its guns with Spider-Man: No Way Home. That doesn’t mean, of course, that films releasing earlier, like Black Widow, won’t make the switch. After all, if one gets delayed, it often means they all get delayed, and Disney has already proven with WandaVision it can get just as much social traction out of releasing on Disney+.

Spider-Man: No Way Home is set to feature several crossover actors from across the plethora of Spider-Man films made. This includes MCU characters like Dr. Strange but also returning villains from the two previous film series like Electro and Doctor Octopus. There is even a rumor that both Tobey Maguire and Andrew Garfield are returning to the film, though Holland has, somewhat problematically, denied it.

Spider-Man: No Way Home will release in theaters on Dec. 17.