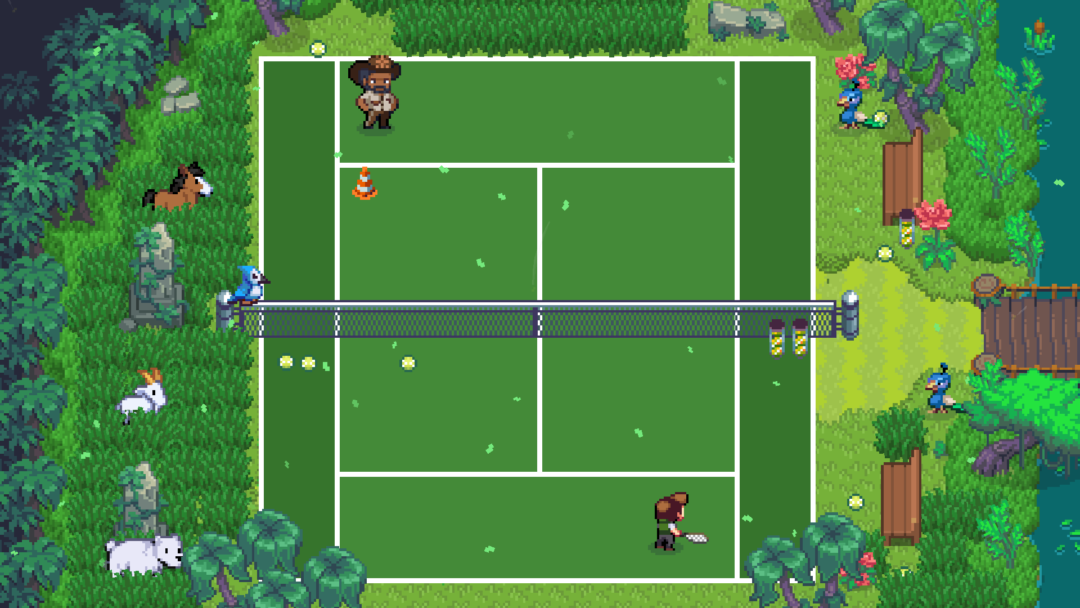 The team behind Golf Story is turning its already unique concept up a notch with the newly announced Sports Story. Indie developer Sidebar Games got the chance to kick off today’s Nintendo Indie World showcase with its next title. As you can likely guess from the name alone, Sports Story follows many of the same ideas as its predecessor, but this time it incorporates other sporting activities too, such as tennis and volleyball.

Check out how Sidebar plans to combine sports and gaming in the game’s first trailer below.

The trailer’s YouTube description offers up a few more details on why newcomers to the Sidebar games should check out this next title:

Sports Story is a game about sports, but not always. Various non-sporting pursuits provide variety. Alternative activities like dungeon exploration, stealthy infiltrations, and fishing expeditions mean something unexpected waits around every corner. Sometimes, it is even sports.

Golf Story released in 2017, leaving many impressed with its humor and fresh spin on golf gameplay. If it isn’t already obvious from the game description and trailer alone, players can expect to see similar qualities in Sports Story.

Sam & Max: Beyond Time and Space Remastered Review in 3 Minutes